A 92-year-old war veteran with a passion for a Newfoundland park took a plunge from 10,000 feet this weekend in Nova Scotia’s Annapolis Valley. 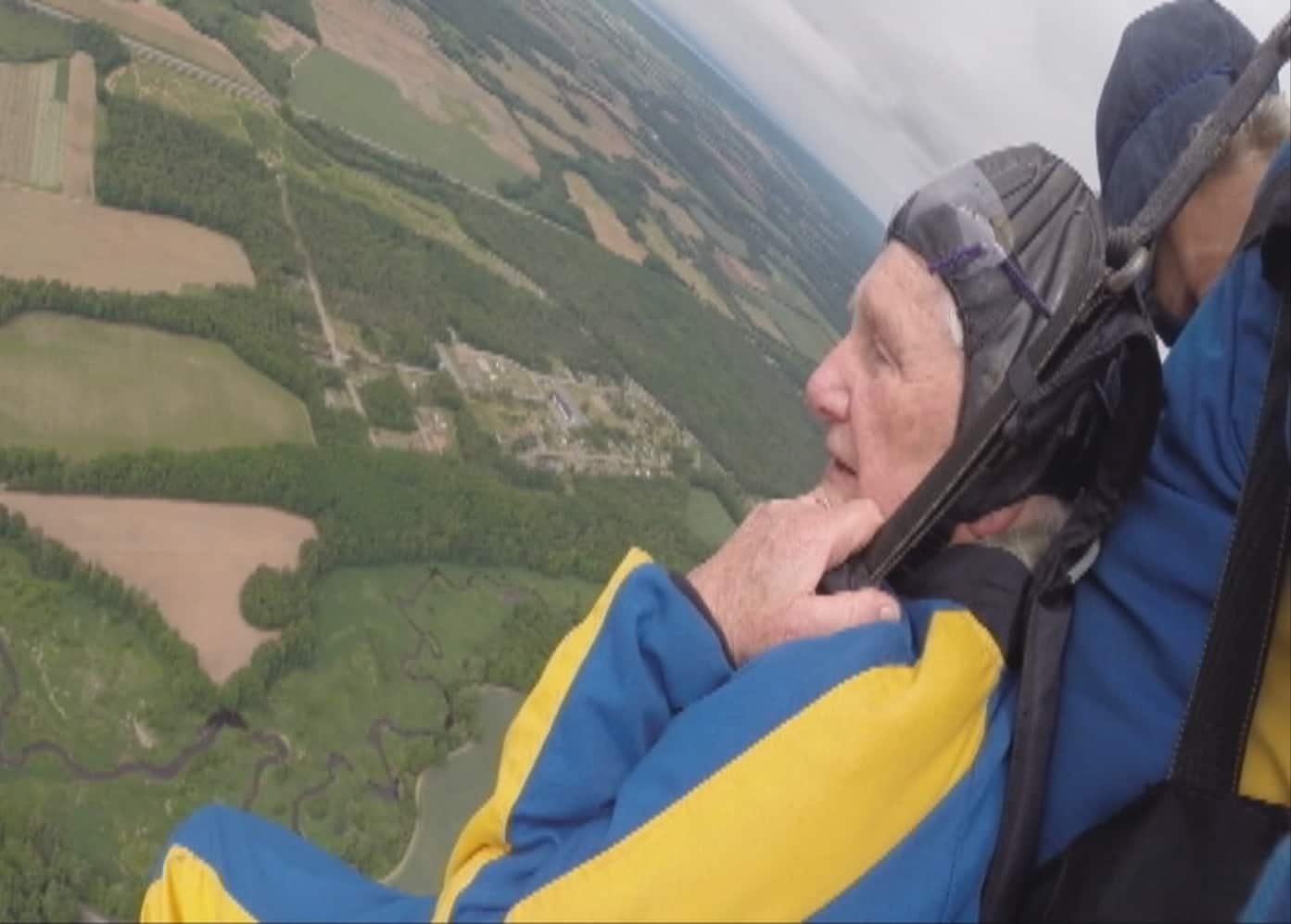 A 92-year-old war veteran with a passion for a Newfoundland park took a plunge for charity from 10,000 feet this weekend in Nova Scotia’s Annapolis Valley.

Rev. Wes Oake, a retired United Church minister, made his first skydive on Saturday, all in the name of raising money for Heritage Memorial Park in Gander, N.L.

"Couldn’t imagine it, how beautiful it is," Oake said after landing safely in a field in Waterville, N.S., where he was greeted by family and well-wishers.

Oake fought in Italy during the Second World War.

He drew inspiration for his skydive from Gander, a Newfoundland dog taken overseas by the Royal Rifles of Canada during the war.

The dog attacked Japanese invaders twice during the Battle of Hong Kong, and died after picking up a grenade and running towards the enemy. Gander was posthumously awarded the Dickin Medal, known as the "animals' Victoria Cross,” in 2000.

Oake said he knew the dog well when he worked in Gander.

"I knew the family that owned that dog and I patted that dog a good many times," Oake said. "That’s what really convinced me."

Oake was harnessed to an instructor from the Atlantic School of Skydiving before dropping from the aircraft in tandem.

The jump took place in Nova Scotia because there was no Newfoundland skydiving company that could take Oake.

Before his jump, Oake had already raised $13,000 for Heritage Memorial Park, which is undergoing a complete reconstruction.

He hopes people will donate another $90,000 — and wants a life-size statue of Gander built in honour of the dog's bravery.

As for his longevity and health, he credits it all to his faith in God.

"You can do anything, you’re never too old to do whatever you want to do," he said.