A four-year-old girl in Nova Scotia with spastic cerebral palsy has finally received her new wheelchair after a passionate plea from her dad triggered a landslide of support from around the world.

Story of Payton Given touched people from around the world 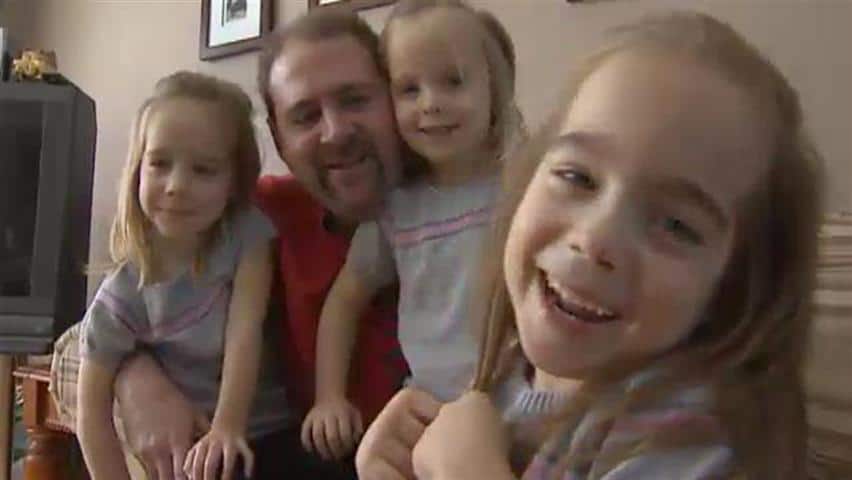 Payton gets her wheelchair

8 years agoVideo
2:05
After generous donations from around the world, 4-year-old Payton Given, who suffers from spastic cerebral palsy, finally has her custom wheelchair. 2:05

A four-year-old Nova Scotia girl with spastic cerebral palsy has finally received her new wheelchair after a passionate plea from her dad triggered a landslide of support from around the world.

Before she received her wheelchair, Payton Given got around the house by dragging her body across the floor, a sight that compelled her dad to make a plea for some financial help.

Brad Given is raising his triplets and another daughter without his wife, Amy. She died last year as a result of a blood disorder. The family didn't have life insurance and money is tight.

Given's emotional tale to CBC News prompted a huge show of support, some from other countries.

He said now he has to keep an extra sharp eye on Payton.

"Now where she's zooming around and all that stuff we have to make sure that we keep all the doors closed, so she's not up to no good," he said.

"It's heartwarming, it's awesome.  I feel so good for her and so proud of her because she's overcome so much and she's only four and a half years old. She's phenomenal."

More than $140,000 from around the world streamed in after Given's plea circulated on the internet.

That money was also used to buy a wheelchair-accessible vehicle so Given could transport Payton and her sisters.

The story took off online.

Readers from as far away as Australia answered the call for donations. There were also pledges from people on Canada's West Coast.

Given said he's incredibly grateful to everyone that made this possible for his daughter.