As the auditor general reviews the living expenses of a Cape Breton MLA, CBC News has sent a questionnaire to all 52 MLAs in Nova Scotia asking the same questions: do they receive a living allowance, and if they do, who uses the rental property? 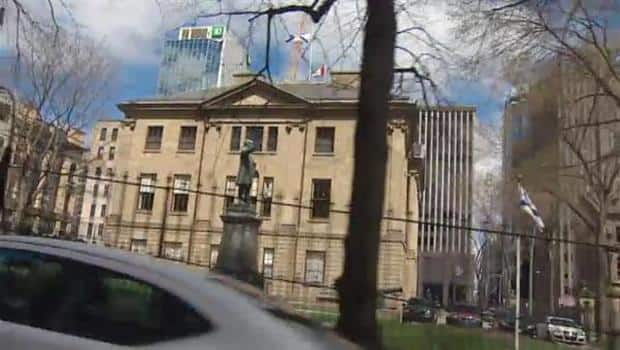 8 years agoVideo
2:19
A 25 minute drive from downtown Halifax is far enough for an MLA to claim the living expense. 2:19

As the auditor general reviews the living expenses of a Cape Breton MLA, CBC News has sent a questionnaire to all 52 MLAs in Nova Scotia asking: do they receive a living allowance, and if they do, who uses the rental property?

CBC News asked all MLAs the same questions at the same time, and told them we needed their answers by 3 p.m. on Thursday. The Liberals and Progressive Conservatives responded en masse. The NDP members are responding individually. We will add information as it becomes available.

Members of the provincial legislature are entitled to an apartment allowance if they live more than 40 kilometres away from Province House. A 25 minute drive from downtown Halifax, about 43 kilometres from Hollis Street, is far enough for an MLA to claim a $1,500 per month living expense.

The 40 kilometre rule came into effect in 1969. As of May 2013, 30 MLAs claimed the allowance and list an address far enough away to qualify.

"I mean if they're from Cape Breton and have to have a place in the city, well that's a different story but 40 kilometres is nothing to drive in my opinion," said constituent Bill Bennett.

His representative, Denise Peterson Rafuse, lives in Chester and uses the allowance to rent an apartment in Halifax.   "Our hours are long and unpredictable so carpooling is unrealistic," said Rafuse.

"Especially during the winter months it is dangerous to travel the hours we would be required to travel."

But some people who commute the same distance into work say they’re not impressed.

"Well it sounds kind of generous, kind of unfair really cause we're all stuck out here doing the same thing and we don't get any perks," said Glenn Cox.

"Well they're getting a wage. What more do they need than that? It's just a rip off," said Brian Hughes.

Not all MLAs who qualify for the living allowance use it. NDP MLA John MacDonnell lives in Enfield and said he commutes.

"There's no need really. Most of the people in my area are commuters so it works for me to go back and forth," he said.

Who is staying with them?

Responding to the CBC survey most MLAs said they live alone in the city, but family and constituents have stayed at their Halifax homes "on occasion."

Liberal MLA Karen Casey told CBC News her son lived with her for a year while attending university. She says that's a common practice.

"I believe that there are a number of MLAs who have a son or daughter living with them.  I hope that they'd be honest and forthcoming with that information the same as I was," she said.

Rafuse said students have stayed at her residence "several times over the year" if they could not get home because of a late class or bad weather.

Nova Scotia’s auditor general says he has started to review the living expenses of an MLA from Cape Breton who rents a home in south-end Halifax. The issue came to light when Richmond MLA Michel Samson asked for a review of his living arrangements after a CBC investigation raised a number of questions about the house he rents in the city.

Since then the Speaker’s office has determined Samson lives full time in Halifax, spends most of his time in the city and can no longer bill taxpayers for his monthly rent.

When asked about changing the 40 kilometre rule, Darrell Dexter pointed out that some MLAs drive long distances and can't commute. He said he didn't see any urgent need to review the rules.