A group of workers at a small Kentville, N.S. diner had their $15-million cheque delivered to their doorstep today. 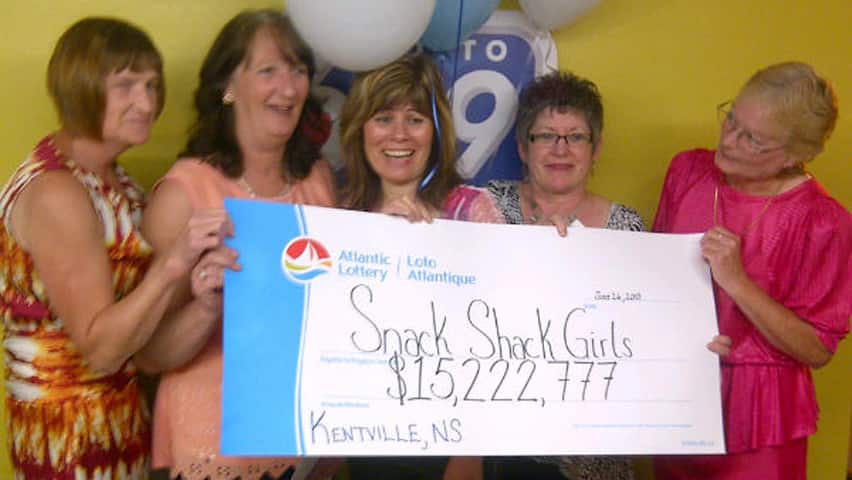 A group of workers at a small Kentville, N.S. diner had their $15-million cheque delivered to their doorstep today.

The wife of Snack Shack diner owner Sam Toulany, Wafaa, and four diner workers shared the only ticket to match all six numbers for the June 19 draw.

Toulany was awarded $150,000 for being the vendor who sold the winning ticket.

The staff held a party at the restaurant for the cheque presentation.

Mary Rhynold, one of the winners who has worked at the Snack Shack for the past 14 years, told CBC News she's keeping her plans for the money simple.

"Just my car and my house and my family. I don't drink, I don't smoke and I don’t travel. I’m just going to take care of my family," she said.

The winners, who bought the ticket at the Snack Shack, said the staff have been playing together for the last eight years. So far they're talking about buying cars and travelling.

The Snack Shack is now for sale and the winners are happily moving on.