Transgender flag raising was organized by the wing's positive space ambassador. The gesture shows changing attitudes in the Canadian military toward the LGBTQ community.

'All this took was asking the question whether or not we could do it,' says Capt. Arne Backhouse

For the first time ever, 14 Wing Greenwood has raised the transgender flag.

Capt. Arne Backhouse told CBC's Mainstreet Halifax in an interview Wednesday that the flag raising ceremony held on site Tuesday was something he "never expected to happen."

The flag is located at the main gate of 14 Wing Greenwood on its own separate post. Anyone driving into the wing will drive right past it.

"It has happened at other bases and wings over the last couple of years across Canada. But it has never happened here in Greenwood and really, all this took was asking the question whether or not we could do it," Backhouse said.

Backhouse is the positive space ambassador at 14 Wing Greenwood, which is located in the Annapolis Valley and about two hours from Halifax. He identifies as transgender, but specifically bi-gender. Bi-gender falls under the transgender umbrella. Backhouse said his gender expression for the most part is male, but sometimes it's female.

The positive space initiative was rolled out within the defence team in 2017. It's comprised of a group of positive space ambassadors, like Backhouse, who offer peer support to the LGBTQ community as well as members who aren't part of that community. 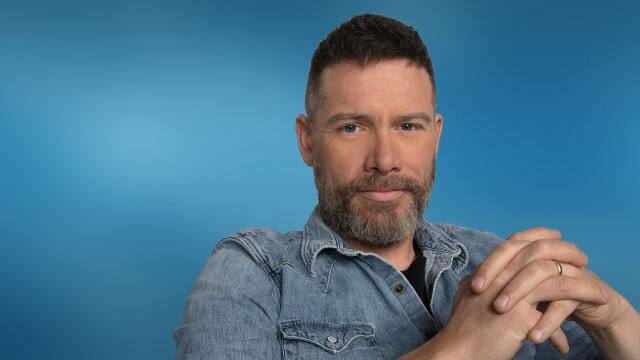 The ambassadors provide a safe space for people who have questions about themselves or other people. The discussions are kept confidential.

"We assist them in finding their answers, so we're more like a sounding board," Backhouse said.

Col. Brendan Cook told Mainstreet the flag raising shows how far the military has come when it comes to LGBTQ people.

"I do believe it is definitely changing. I would like to believe that everywhere anyone can express themselves as they wish, but that would be a bit foolish to believe that," Cook said.

"And so what we are trying to do here in Greenwood is put up visible symbols to people that you are accepted for who you are, regardless of race, creed or how you identify as an individual."

Cook said in addition to symbols, there will be more action done to support transgender people. Those actions had been put on the back burner because of the COVID-19 pandemic, but will now proceed with restrictions lifting.

"We have action to demonstration how we are here, ready to fight injustice and provide equal treatment for all people within the defence team," Cook said.

A show of support for the transgender community may lead to more considering a career in the Canadian military, he added.

"We'll expand our pool of candidates that will see the armed forces and the Canadian Armed Forces as a viable career opportunity and that means we'll be more representative of Canadians," Cook said.

"And when we're more representative of Canadians, we can better represent Canadian values."

Backhouse said gestures like raising the flag do make a difference. For the most part, he said, people have known him in his male expression.

"It's really only in the last year and a half or so that I've actually expressed my female part, my being," Backhouse said.

"To be able to be myself at work in whichever expression I choose that day is absolutely liberating and I haven't run into any issues whatsoever."

Backhouse said people get curious and ask questions, but that it's not coming from a mean-spirited place. As long as you can do your job, Backhouse said, that should be the bottom line.

"It's not a big issue for the  majority of people, it's all just part of an educational process so that people can understand that there are people like me who do exist out there," Backhouse said.

With files from CBC's Mainstreet Halifax