The new executive director says pride centres across the country vary in the way they are organized, but they all provide a place for people to get together, make connections and access resources.

'I'm really excited to be a part of that history,' says new executive director of Yukon Pride Centre

Yukon will soon have a dedicated space for the LGBTQ community to meet, host events and access support services.

It's the job of Joe Wickenhauser to make that vision a reality.

Queer Yukon and the All Genders Yukon Society have hired Wickenhauser as the executive director of Yukon's first pride centre.

Wickenhauser, who co-founded Moose Jaw Pride in Saskatchewan, said pride centres are organized in different ways across the country. But at their core, they provide a place for people to get together, make connections and find resources and support.

The pride centre he helped get off the ground in Moose Jaw, Sask., included a thrift store that also served as a source of revenue for the organization. He said the pride centre in Toronto includes a cafe and catering business.

"There's a lot of different ways that a centre can look and it kind of depends on who's involved and what kind of skill sets they'd bring to the table and what the interests and needs of the community are," explained Wickenhauser.

He said he hopes to have a space opened up in a matter of months, and be fully running in a year. He noted it's too early to predict if COVID-19 could affect that timeline.

Why Wickenhauser jumped at the opportunity

Wickenhauser, who grew up in a town of 700 people in Saskatchewan, hasn't been to Yukon yet but said he already sees parallels with his home province.

I'm really excited to be a part of that history.- Joe Wickenhauser

"Coming from a smaller community ... it was a real struggle to find the support and the resources I needed to feel comfortable coming out."

That's why he said he jumped at the opportunity to bring more resources to the territory. 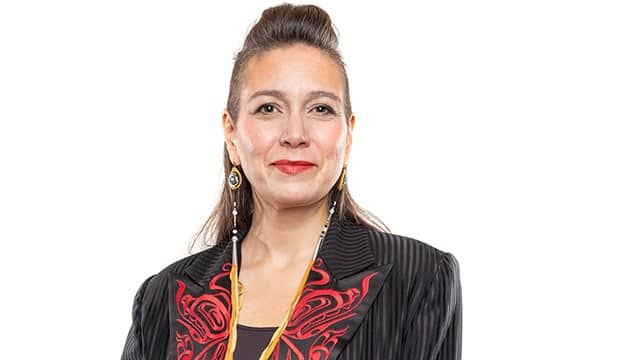 Yukon Morning7:24New Pride Centre Planned for Yukon
Joe Wickenhauser is the new Executive Director of the anticipated Yukon Pride Centre. It will be a dedicated space for LGBTQ Yukonners, created by Queer Yukon and All Genders Yukon Society. He joined Christine Genier on CBC Yukon Morning to talk about why such a centre is needed, and what they hope to provide the community. 7:24

Queer Yukon and the All Genders Yukon Society received one year of funding from the Yukon government to start this project. Queer Yukon said this represents a "defining" moment for the community.

Wickenhauser said his first priority is to learn more about Yukon's LGBTQ community and develop a vision for the centre that meets its needs.

"I'm really excited to be a part of that history."

With files from Christine Genier