CBC spoke to each of Yukon's five federal candidates about why they deserve your vote. Today: The Green Party's Lenore Morris.

This is the third in a series of profiles of Yukon's five federal election candidates. Another will be published each day this week, in alphabetical order by the candidate's name.

All candidates were asked the same questions. Answers have been edited for length and clarity.

The Green Party has seen its support in Yukon rise and fall — and first-time candidate Lenore Morris is hoping it's on the rise again.

The party wasn't much of a factor in the 2015 federal election in Yukon, earning less than three per cent of the vote. That was a setback after a steady climb in fortunes through the three previous elections. In 2008 and 2011, Green candidate John Streicker (now a territorial MLA with the Liberals) finished third, out-polling the NDP candidate.

Morris, a lawyer and business owner in Whitehorse, has been a Green Party member for years and also a member of the local riding association. She's worked for a local law firm as well as the Yukon government and done volunteer work for the Kluane Mountain Bluegrass Festival and local soccer organizations.

"I am someone who is very interested in the environment," she said. "I think that it's a big priority, and that it's a priority that's been neglected by the other parties."

Why are you running for the Green Party?

"I have been watching the political process and I've been seeing who gets elected, taking more and more interest, and seeing that we need different people in government.

"If we're going to change the way we're doing government, we need different people in government. And eventually I came to think, I should be in government. I think I could make a big contribution, and that's why I'm running." 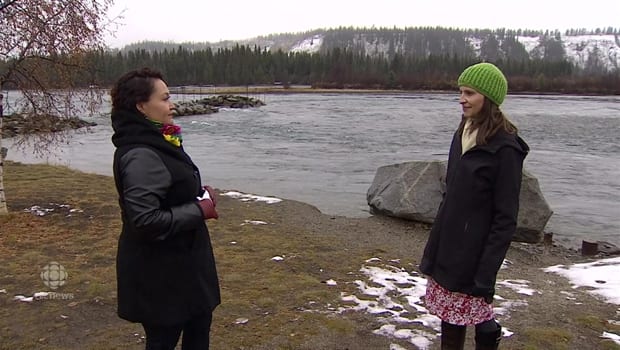 1 year ago
4:56
CBC Northbeat's Juanita Taylor will speak to every candidate aiming to represent one of the territories in the Oct. 21 election. Watch her conversation with Lenore Morries, the Green candidate for Yukon. 4:56

What are the main issues for you in this election?

"Well, since it's the Green Party, the environment is really important to us.

"In the context of the Yukon, I'm going to say that the biggest issue that I see is renewable energy — that we are burning a lot of fossil fuels here still, as we are in pretty much all of Canada.

"Transportation in particular is a big issue here. The transportation sector contributes 62 per cent of greenhouse gas emissions in the Yukon.

"For other issues, affordable housing is probably the most important issue that I see for Yukoners right now. It's a big issue. I do real estate work, so I see a lot of people buying houses, mortgaging their souls to buy houses here in the Yukon. I think that situation really needs to change, it's something that needs to be addressed."

Briefly, why should people vote for you?

"I'm running for a party that will change the way we're doing things. My impression from talking to Yukoners is that Yukoners aren't satisfied with the traditional parties and they'd like real change — and the Green Party is real change.

"As far as I go, I think I'm a really good candidate. I am somebody with a good education, I'm smart, I've been in business myself, I know how that works. I've got lots of energy and I think I can get a lot done."

What would your go-to karaoke song be?

"That's a tricky one! It's a song that I run to all the time on my iPhone called Work from Home [by Fifth Harmony]. It's funky, it's high energy — I like that song."

Profiles of Yukon's other federal candidates will be published through the week, in alphabetical order:

Written by Paul Tukker, with files from Kaila Jefferd-Moore