CBC spoke to each of Yukon's 5 federal candidates about why they deserve your vote. Today: Liberal Larry Bagnell.

Bagnell has run in every federal election since 2000, losing one time in 2011

This is the first in a series of profiles of Yukon's five federal election candidates. Another will be published each day this week, in alphabetical order by the candidate's name.

All candidates were asked the same questions. Answers have been edited for length and clarity.

It's been almost two decades since Liberal Larry Bagnell's first federal campaign in Yukon. He won his seat in Parliament by one of the narrowest margins in the 2000 election — just 70 votes.

He held the seat for 11 years — easily winning re-election in 2004, 2006 and 2008 — before Yukoners decided they were ready for a change. Conservative Ryan Leef unseated Bagnell in 2011 by a narrow margin.

Four years later Bagnell came back strong, trouncing Leef and reclaiming Yukon's only seat in the House of Commons for the Liberals. He's now in his seventh federal campaign.

Before politics, Bagnell was the head of Industry Canada in Yukon, and also served as executive director of the Association of Yukon Communities. He also did volunteer work with the United Way, the Skookum Jim Friendship Centre and the Yukon Anti-Poverty Coalition.

"Poverty has always been an important priority for me. That's one of the reasons I got into politics," he said.

"I'm excited to have done so many good things for the Yukon, and to promote those and make sure that they carry on."

Why are you running for the Liberal Party?

"The philosophy of the Liberal Party is that you have to have a strong economy so that we can support those in need, those who are disadvantaged, those that need help at this time in their life — and that will be all of us, sometime in our life. And I think that those values make a great Canadian nation.

"We have the lowest [un]employment in history in Canada, and the Yukon has been leading. So that's the philosophy — a million new jobs, paying taxes, paying income taxes, and then we can support the people in need, whether they're single parents, or seniors, or low-income students or low-income workers. The government can do its role at that time in their life and then they will go on to be contributors to help the rest of us at the times when we're in need. 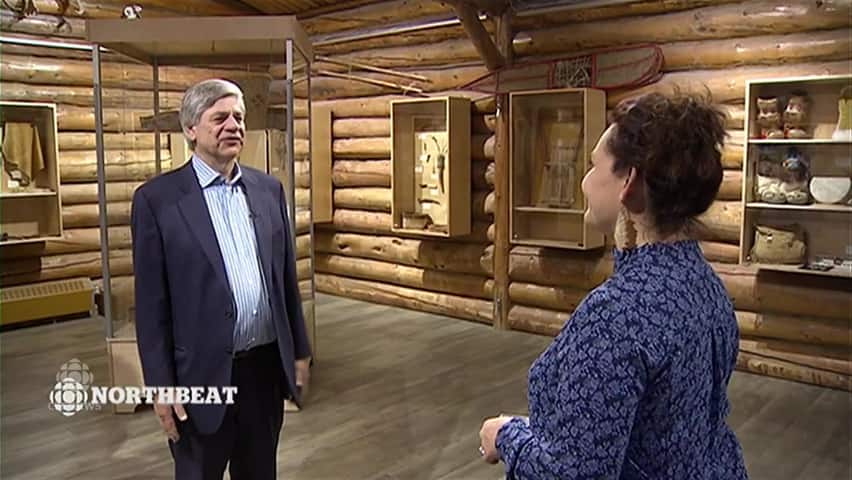 1 year agoVideo
5:13
CBC Northbeat's Juanita Taylor will speak to every candidate aiming to represent one of the territories in the Oct. 21 election. Watch her conversation with Larry Bagnell, the Liberal candidate for Yukon. 5:13

What are the main issues for you in this election?

"I think we've done so much for low-income people, whether it's families, students, seniors, workers, and also for business, for union, for mining, for tourism, a great First Nation relationship moving forward, a lot for the innovation, the modern economy, for the Internet, and huge amounts for infrastructure so that people are employed. You see projects all over the Yukon.

"So I'm passionate, this election particularly, to make sure that these record levels of investment in the Yukon, and things that Yukoners have been asking me to get, can continue on so we can continue to have this great quality of life for everyone."

Briefly, why should people vote for you?

"I think it's because of the values, we have a strong economy, it's record levels right now, so that we can help those in need. And we've done so much for that.

"I've heard at the doorstep that people want this to carry on. They're worried that it won't. And so a vote for me will help it carry on.

"And that includes a lot of investment in renewables, and cutting greenhouse gases."

What would your go-to karaoke song be?

"Well, I'm a terrible singer. Everyone would leave the bar if I actually sang karaoke, but my campaign song for the last few campaigns is 'I would walk 500 miles.' [I'm Gonna Be (500 Miles)]"

Profiles of Yukon's other federal candidates will be published through the week, in alphabetical order:

Written by Paul Tukker, with files from Kaila Jefferd Moore