Pat Kane's photography and video work set the stage for a New York Times multimedia story about N.W.T.'s handling of the pandemic.

A photographer in Yellowknife is getting international recognition for his contribution to a New York Times multimedia story about the territory's resilience in the face of COVID-19.

Pat Kane's photography and video set a variety of northern scenes for the interactive article, which was published online earlier this month.

New York Times writer Peter Kujawinski reached out to Kane in February looking to do a story about Yellowknife and its tourism economy, said Kane, who shares a byline with Kujawinksi on the piece.

Kane "let him know that it was a lot more to the story than just the tourism aspect of it."

Kane has also worked for CBC North as a freelance reporter and producer. He said Kujawinski was interested in the N.W.T.'s bubbled approach to the pandemic and how it helped protect the territory's Elders.

Editors at the paper loved the story idea too and from that point on, said Kane, he became an integral part of it.

"I was kind of driving the narrative in terms of who I'm photographing, the videos I'm taking, what's important to the story, and then relaying that information to Peter," he said.

The story took a team of 14 people, but Kane, who identifies as a mixed Anishinaabe/settler and member of Timiskaming First Nation in Quebec, was the only reporting contributor on the ground in Yellowknife.

Kane said it was really helpful for the New York Times to have someone local on the ground "to make sure that these smaller nuances that people won't get, are correct." 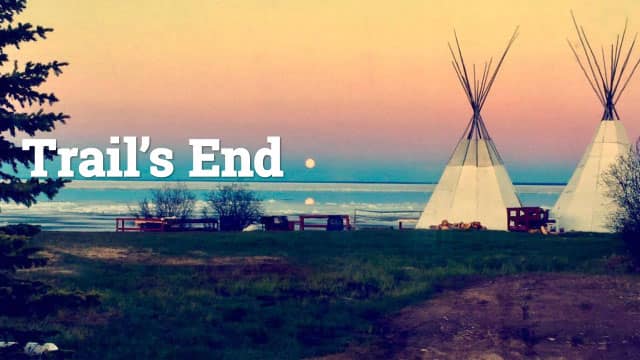 Trail's End13:20Yellowknife Photopgraher Pat Kane is getting international recognition for his recent work in the New York Times.

The ten days in which Kane gathered photos and video for the piece were full of early mornings to capture the ice fog and late nights to capture the aurora which "didn't come out half the time," he said.

There was the balancing of schedules, logistics, and getting people connected.

And then, of course, there was the cold.

"My camera froze up. I broke a little sound part to the video camera," he said. "At -40 C, I think I'm the best to do this kind of stuff because I live here and I do it so often, but if someone from the south came up, I think they'd be kind of lost."

Proud of the story

Kane said the feedback on the article, locally and internationally, has been positive.

"They're proud of the story that we've told, of our resilience here and the things we've done right," he said.

People from larger hubs in the south, like Toronto and New York, have commented on the territory's unique approach and acknowledged the N.W.T. has saved lives.

"A lot of people have reached out to me saying 'I was emotional reading it, looking through it,'" he said.

Kane, too, said he's pleased with how it turned out.

Looking to the future, the photographer has other projects on the go but plans to take a few weeks off soon.

He'll also spend some time flipping through a print version of the New York Times article that is set to be published on Sunday.

A friend in New Jersey, he said, is mailing him a few copies.

Written by Liny Lamberink based on interviews by Cory Chibry produced by Kate Kyle.