After hundreds of submissions and a public vote, one of Yellowknife's most high-profile residents has a new name.

One of Yellowknife's most high-profile new residents has a new name: Elon Muskox.

Elon Muskox beat out hundreds of suggestions from local residents submitted to Yellowknife city hall over the last week and a half. They've ranged from the serious (Me'die'ah — "the bearded one") to the absurd (Musky McMuskoxface) and everywhere in between.

The muskox sculpture previously represented the Northwest Territories at a special exhibit in Gatineau, Que. It's a "mosaiculture artwork" — a sculpture made from living ingredients. Its fuzzy surface is covered with sprouted plants that will make the sculpture look shaggier over time.

Alty said there's hope that Elon Musk, the CEO of Tesla and SpaceX, will appreciate the name. "We're hoping he'll come to visit now ... the muskox would love to see him."

The winning name was chosen by Yellowknife residents, who voted on all the submitted options online. Eric Fuhrmann, who submitted the name, will claim a one-month family pass to the city's facilities for suggesting the winner. 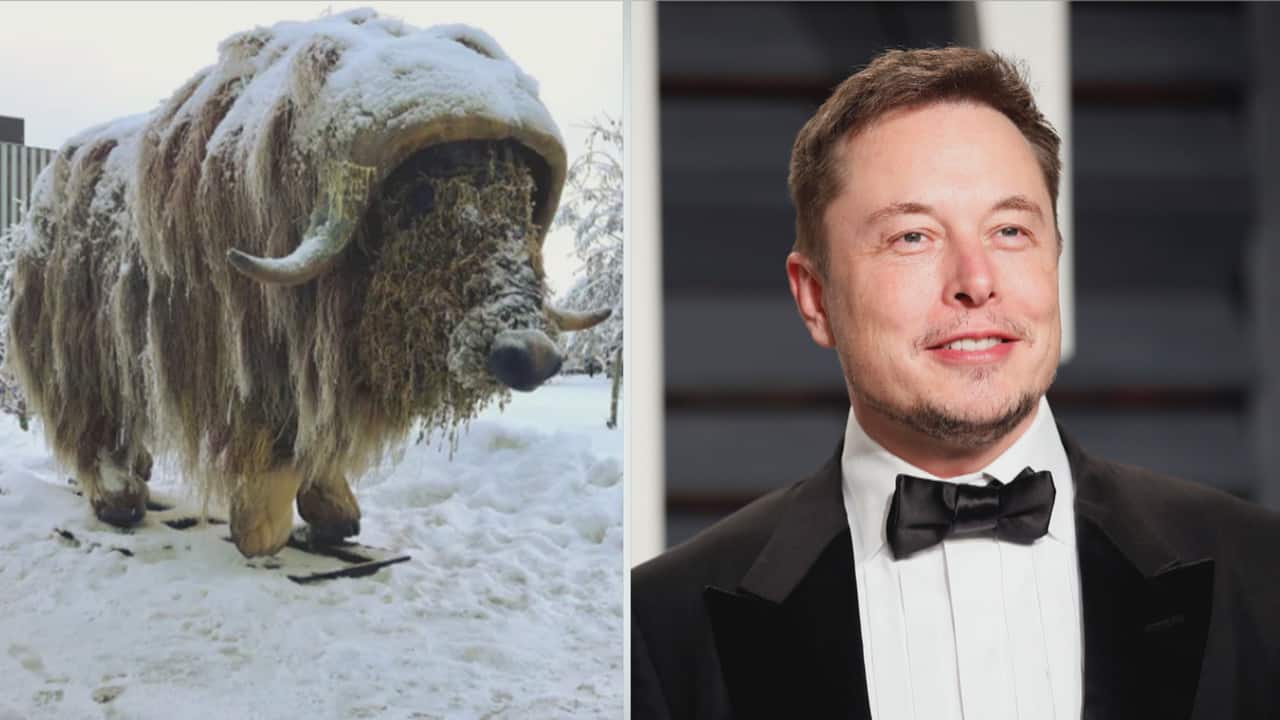