Miranda Beck’s dad has trapped hundreds of wolverines in his life, but the one they spotted yesterday on Con Road was the first she’d seen alive.

‘I’ve never seen a wolverine ever in my life that was alive,’ says Miranda Beck 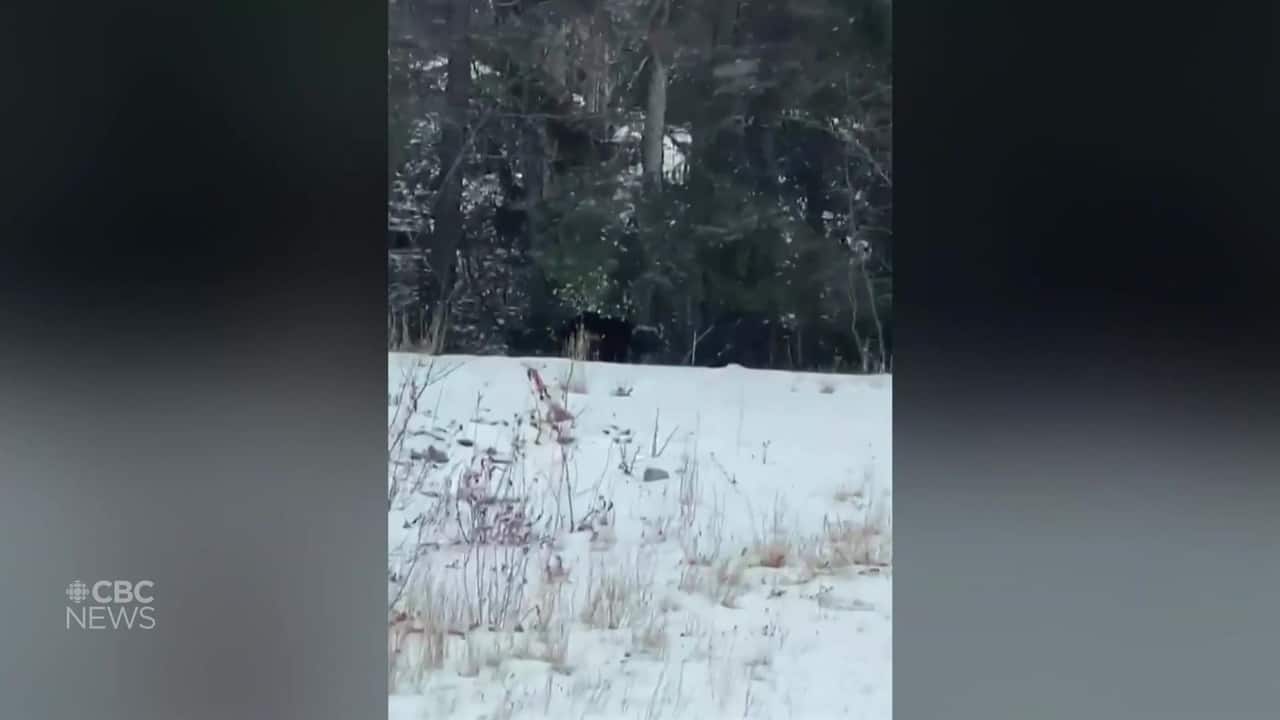 28 days agoVideo
0:19
Miranda Beck was on a drive with her dad on Wednesday when she spotted a wolverine in the Con Road area of Yellowknife. (Submitted by Miranda Beck) 0:19

Miranda Beck was on a drive with her dad Wednesday when a wolverine waltzed onto Con Road.

"He darted into the bush and then like a few seconds later he ended up popping back out and he stopped and he kinda looked at us, was curious," Beck said. "He was just kinda looking at us for about 15 seconds and then went back into the bush."

Those fleeting seconds gave her enough time to snap a photo and take a video.

Beck grew up in Yellowknife, but said this was the first time she's seen a wolverine alive.

Her dad, on the other hand, used to trap around Boundary Creek.

"He's seen a lot of wolverines in his day," Beck said, but "that was the closest one he's ever seen in the city."

"That was definitely a good experience," she said. "A real experience." 28 days agoVideo
0:14
Alician Camille spotted a wolverine walking on Wednesday in a residential area of Yellowknife. She posted this video on social media to warn others. (Submitted by Alicia Camille) 0:14

She was out on Dagenais Drive, in the middle of the busy Finlayson residential area.

"I know how dangerous they can be," she told CBC. "And, I know that we have a lot of foot traffic in my neighborhood."

Camille posted a video to Facebook to warn others, and also drove down the road to warn people who were out walking.

"I've seen the typical fox and coyote, but I've never seen a wolverine come into the city before, and have never gotten as close to one like that either."

Joslyn Oosenbrug, a spokesperson for Environment and Natural Resources, said they received several reports of wolverine sightings Wednesday, including in the Con Mine and Frame Lake residential areas and later near Johnson Crescent, on the edge of the city.

They've now set up a live trap near Finlayson Drive.

"Wolverines are common in the Yellowknife area," Oosenbrug said in an email. "However, sightings are not common."

While wolverines generally avoid humans, Oosenbrug advised giving them lots of room as they will go on the offensive if threatened.

"Do not approach them in a vehicle. This could result in unpredictable or aggressive behaviour, and will cause stress to the animal. Harassing a wild animal is against the law."

She also advised keeping dogs on a leash and cats indoors.

Future sightings can be reported to the wildlife emergency line at 867-873-7181.