A Swiss International Airlines Boeing 777 that made an emergency landing in Iqaluit last week remains at the airport while crews replace an engine. 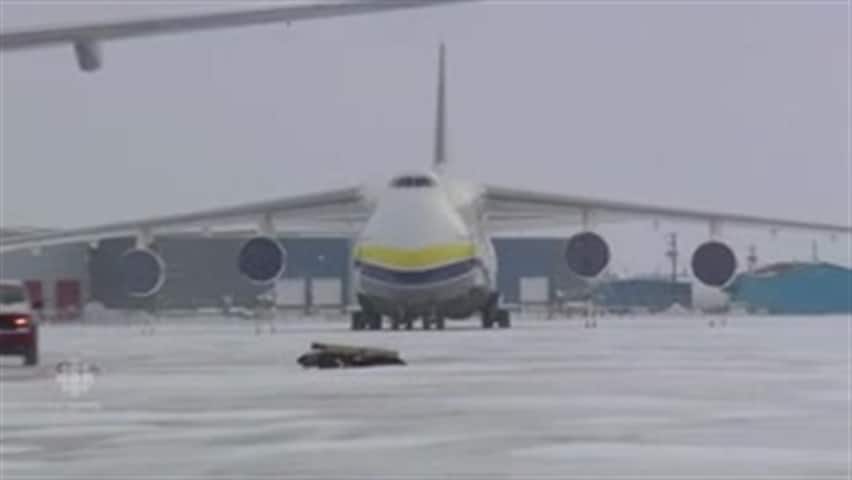 4 years ago
0:47
An Antonov 124 - one of the world's largest cargo planes - landed in Iqaluit to deliver an engine to a Boeing 777 that made an emergency landing on one engine last week. 0:47

A Swiss International Airlines Boeing 777 that made an emergency landing in Iqaluit last week remains at the airport while crews replace an engine.

On Feb. 1 the Swiss plane traveling to Los Angeles from Zurich lost power on its left engine halfway through its trip. The aircraft landed safely in Iqaluit. There were 233 passengers and crew on board.

Another plane was sent to Iqaluit to pick up passengers and crew. On Saturday an Antonov 124 — one of the world's largest cargo planes — delivered an engine to replace the failed unit.

Crews from General Electric and the airline have been working on the 777 inside of an insulated and heated tent while temperatures in the last few days have ranged from -30 C to -25 C.