Known as "Arktika," the nuclear icebreaker left St. Petersburg and headed for the Arctic port of Murmansk, a journey that marks its entry into Russia's icebreaker fleet.

Russian state firm Rosatomflot has called the vessel the world's largest and most powerful icebreaker. It is more than 173 metres long, designed for a crew of 53, and can break ice almost three-metres thick.

The ship is seen as crucial to Moscow's efforts to develop the Northern Sea Route, which runs from Murmansk to the Bering Strait near Alaska. 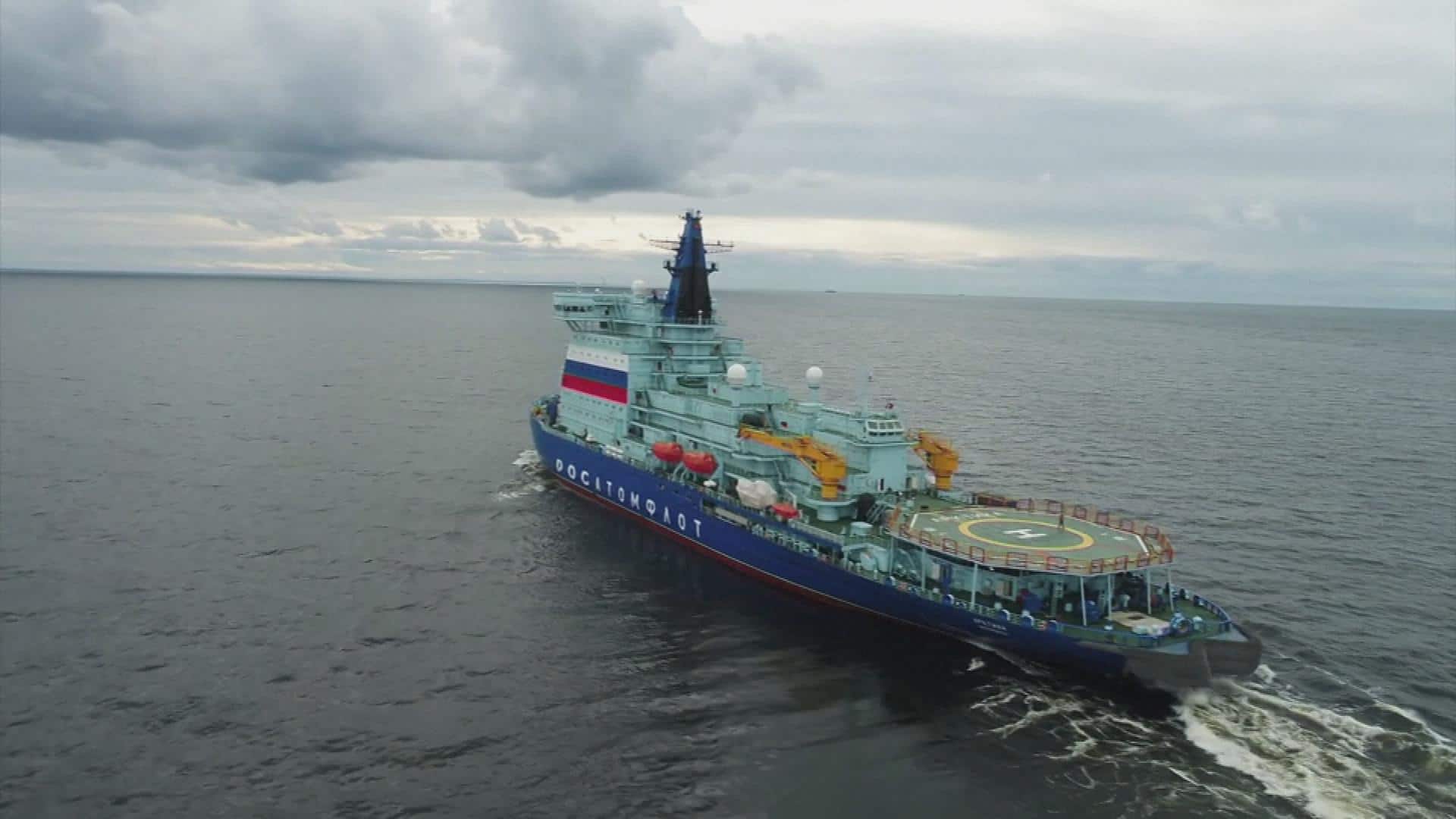 4 months agoVideo
0:47
The nuclear-powered icebreaker Arktika underwent sea trials this summer ahead of its journey to the Arctic in September as part of Russia's effort to commercially exploit the Northern Sea Route. 0:47

"The creation of a modern nuclear icebreaker fleet capable of ensuring regular year-round and safe navigation through the entire Northern Sea Route is a strategic task for our country," Vyacheslav Ruksha, head of Rosatom's Northern Sea Route Directorate, said in a statement.

Prior to its voyage to the Arctic, the icebreaker was tested during sea trials in the stormy waters of the Gulf of Finland, navigating its way through high winds and towering waves.

The ship was named after a Soviet-era icebreaker of the same name that in 1977 became the first surface ship to reach the North Pole.

Russia has stepped up its construction of icebreakers in a bid to increase freight traffic in Arctic waters.

President Vladimir Putin said last year that the country's Arctic fleet would operate at least 13 heavy-duty icebreakers, the majority of which would be powered by nuclear reactors.