Prince William and Kate took in a healthy dose of Yukon history and Indigenous culture during their 24-hour visit to the territory, which began Tuesday night.

Prince William and Kate took in a healthy dose of Yukon history and Indigenous culture during their 24-hour visit to the territory, which began Tuesday night.

The royals touched down at Whitehorse International Airport just after 6 p.m. PT, where they were greeted with large crowds waving flags and hoping for a glimpse of Will and Kate.

Reem Arafat, a Syrian refugee who recently moved to Whitehorse, and special Olympian Macey Hangartner presented flowers to the royal couple as they arrived on the tarmac.

William and Kate then inspected a guard composed of members of the Canadian Rangers and Junior Rangers before being whisked off to the Kwanlin Dün Cultural Centre for a "cultural celebration," featuring local musicians and performers, as well as First Nations art and other exhibits. 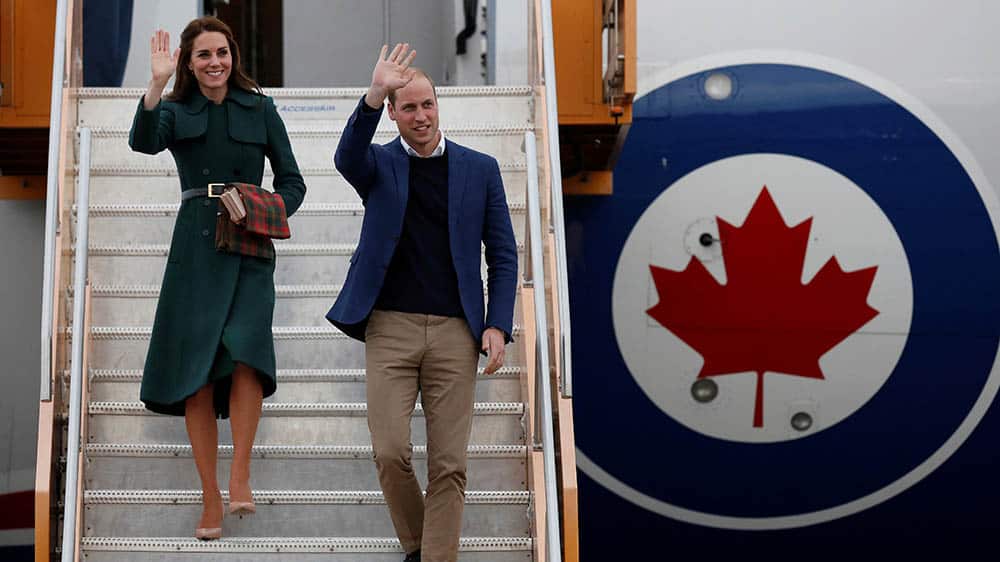 4 years ago
1:36
Royal couple will get a taste of Yukon history and Indigenous culture during their 24-hour visit 1:36

That event was closed to the public, but CBC live streamed it on its Yukon Facebook page.

Will and Kate's larger public events will happen on Wednesday, when the couple will visit the MacBride Museum of Yukon History and will stroll through downtown Whitehorse, where a street festival will be underway.

Yukon's Department of Education is arranging to bring hundreds of schoolchildren into the city's downtown to see the royals, from 15 different schools (including some as far away as Teslin, Carmacks and Haines Junction).

Later Wednesday, the Duke and Duchess will head to Carcross, where they'll be hosted by the Carcross/Tagish First Nation.

With files from Cheryl Kawaja