Youth and elders team up to make Northern films

Youth across the North are getting a taste of what it's like working in media as a part of an empowerment program called Reel Youth.

Oudzi only discovered them when he was in a hospital out of town.

"They only showed western movies and murders. That's all. Nothing about the land," he recalled.

But now, a team of youth are filming Oudzi and his life on the land, from mushing dogs to hunting and fishing.

"I never expected to see this happen but this is really good," said Oudzi.

Youth across the North are getting a taste of working in media as a part of a program called Reel Youth.

The non-profit organization has been touring across Canada for 12 years, running animation and film programs for youth. This year, they ran a documentary project where young people connect with elders and produce a short film to celebrate them.

"We do quite a lot of them in the North."

Youth learn how to use film equipment and how to do post-production editing. The program also aims to teach leadership skills and encourage youth to make positive changes in their communities.

"We really try to use the medium of filmmaking as a way to make young people stronger and ultimately make better choices for themselves," said Vonesch.

And it's a way to tell important stories in the North and "put it into a format that lasts forever... [as] a legacy for these elders in the community," said Vonesch.

For participants like Julian Migwi, it was "mainly to get out of school" that he initially decided to participate in the program.

But hanging out with an elder has taught him so much more, said Migwi.

"It made me feel like I was a part of a culture," said Migwi. "[Oudzi] taught me a bunch of stuff about fishing, setting up camps, building a lot of stuff actually."

"It just happened naturally," said Migwi. "I think that was the best part of it, spending time with Edward." 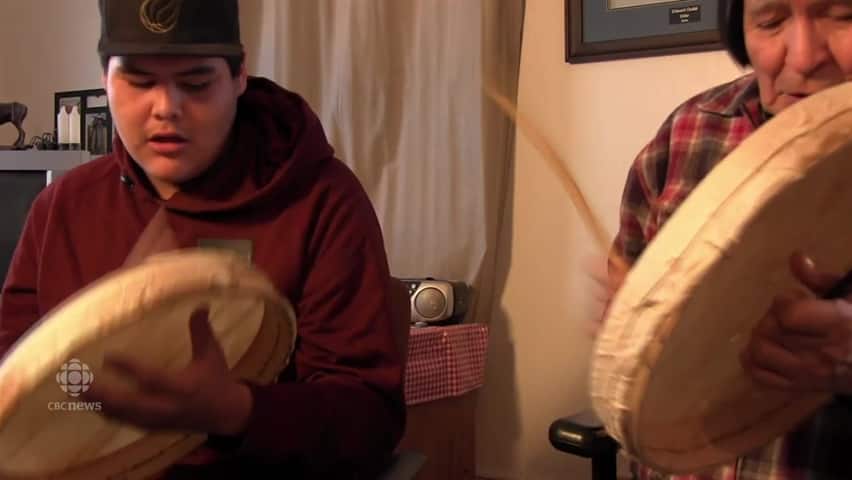 "It made me feel pretty good because I haven't really been with the culture as much because I lived out in the city for a long time," said Migwi.

The films produced by the youth will be showcased in Norman Wells in the new year as well as on their website.

with files from Lawrence Nayally