The future of the Peel River Watershed Land Use Plan is now in the hands of Yukon Supreme Court Justice Ron Veale as arguments wrapped up Thursday morning. 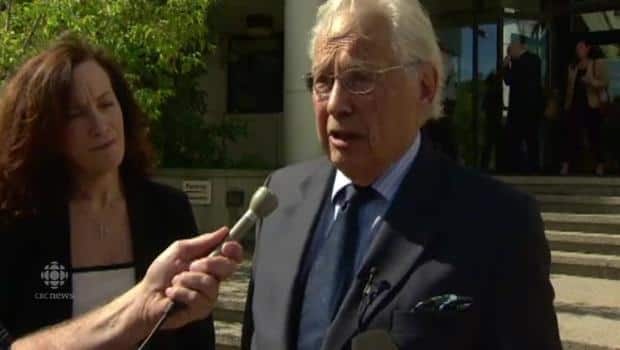 The future of the Peel River Watershed Land Use Plan is now in the hands of Yukon Supreme Court Justice Ron Veale as arguments wrapped up Thursday morning.

The case has been argued all week in a Whitehorse courtroom.

First Nations and environmental groups went to court, represented by lawyer Thomas Berger, asking Veale to order the Yukon government to implement a land use plan written by an independent commission. The government had dismissed that plan and drafted one of its own.

Berger argued the government went "on a frolic of its own" when it re-wrote the Peel River Watershed Land Use Plan. He's asked the court to declare an independent commission's recommendations be the official plan. A lawyer for the Gwitchin Tribal Council also urged Veale to reject the government's plan. The council says the plan was written unilaterally and ignores six years of consultation.

The government's lawyer, John Hunter, argued the final responsibility for the plan rests with the government and Veale doesn't have the authority to make it accept the original plan.

Hunter also countered Thomas Berger's argument that the government's requests of the commission were too vague for it to act upon. Hunter says the commission did act on some vague requests, but only after all parties agreed to them. He says the commission refused to act on requests that were controversial, such as the amount of land that should be protected from development.

Hunter accused the commission of wanting to avoid confrontation and refusing to compromise, but he argued, at the end of the day, it is the Yukon government that has the final say.

Outside the courthouse following the case's conclusion, Ruth Massie, Grand Chief of the Council of Yukon First Nations, said "I think it was a good proceeding and I think it looks good for First Nations."

Berger said that the case is essentially about whether wilderness is something people should protect or "something we're entitled to use up."

"I believe it's important to us — and when you're my age, 81, you think about this — to leave some of the land of which we are stewards in its natural state so that we will all know that out there is a wilderness that hasn't been taken over by us," he said. "And we hold it for future generations. I think at bottom that's what this is what this case is all about."

Gill Cracknell, executive director of CPAWS Yukon said she was also pleased with the way the case went.

"It was a very civilized process," she said. "I think Mr. Berger said it all today."

Justice Veale said he will make his ruling in the case, "in due course."