In an emotional statement that seemed to take many in the legislative assembly by surprise, former premier Paul Okalik resigned from cabinet Thursday, citing his past struggles with alcohol and his opposition to beer and wine sales in Iqaluit.

'My name is Paul and I'm an alcoholic,' former premier tells legislature 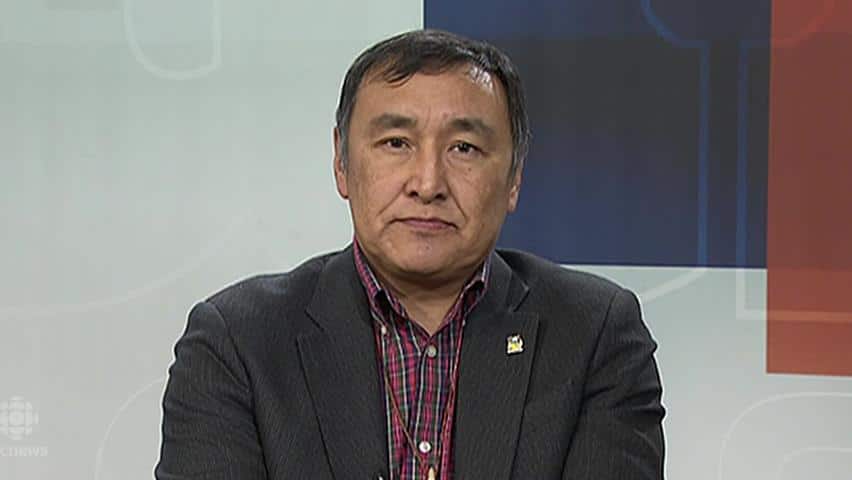 5 years agoVideo
7:36
Paul Okalik, the former premier of Nunavut, announced Thursday he had resigned as a cabinet minister. 7:36

Paul Okalik, the former premier of Nunavut, announced Thursday he had resigned as a cabinet minister, in an emotional statement that appeared to take many in the legislative assembly by surprise.

Okalik, MLA for Iqaluit-Sinaa, was minister of health and justice and minister responsible for the Human Rights Tribunal, the Labour Standards Board, suicide prevention, and immigration.

The long-time Nunavut politician is known for his well rehearsed statements and calm demeanour, but as he rose in the House he appeared shaken.

"My name is Paul and I'm an alcoholic," he began, saying he took his last drink on June 11, 1991 and that he stopped drinking because of the births of his children.

"This morning, I informed my colleagues I cannot continue as a minister under the current circumstances. I cannot support an institution of selling beer and wine in my community, while we don't have the facilities to support those who may not be able to combat their addictions."

Okalik said he will continue to fight for alcohol treatment programs as a regular MLA, pushing not for an alcohol treatment centre in the capital but for a centre which would allow those struggling with addictions to travel to a smaller community where Inuit traditions are stronger.

Yesterday, Finance Minister Keith Peterson said cabinet is still considering how to go about opening a beer and wine store in Nunavut's capital, almost a year after 77 per cent of Iqaluit residents voted in favour of the idea in a plebiscite.

Premier Peter Taptuna said he accepted Okalik's resignation and thanked him for his "dedicated service."

MLAs expressed their support for Okalik's decision, whether or not they agree with his position to delay the opening of a beer and wine store until proper supports are in place.

"I think he was a very good minister," said Iqaluit-Niaqunnguu MLA Pat Angnakak. "I was very shocked and I'm saddened by it."

In regards to the beer and wine store, Angnakak said, "the public has spoken" and the government has a duty to listen.

"At the same time, if we are going to have such a store, then we're also going to need the support that goes with it. Personally, I don't think we should open a store unless we have better support services."

Angnakak said health and justice are important portfolios and should be assigned to another minister, "the sooner the better."

However, she said there will need to be a discussion of whether it is better to appoint a regular MLA to the executive committee or to have current cabinet members take on added responsibilities.