One North Recordings is an online independent recording label and recently, it released a new single. Chad Hinchey, a co-founder behind the group, says the label helps northern artists get their music out into the world.

Artists in the North looking to get their music out into the world have a new place to turn.

One North Recordings is an online independent recording label that became official in May, with it's first recording out that same month. Recently, it released another single.

Chad Hinchey, a co-founder behind the group, along with Alec Raniwsky, says the label's focus is to help northern artists get their music out there.

"[We're] trying to use our knowledge from our experience to give back to some of these people … that maybe wouldn't know what to do in a situation like this," Hinchey said.

"There's so much talent up here," Hinchey said. "We're just hoping that it can reach some more ears and get a little bit bigger."

While it has a focus on northern artists, Hinchey said the label has the potential to be all-encompassing.

"One North could mean the territories. It could mean Canada. It could mean the northern hemisphere," Hinchey said. The label is interested in working with a range of artists from drummers, to throat singers or someone who is rapping or singing in their Indigenous language, he said.

"How many different things can we turn it into … maybe it turns into us doing workshops in the communities. It's so open right now that we're just kind of excited with what the possibilities can be," Hinchey said.

"It doesn't matter to us what the genre is, who's doing it … for us, it's taking that nitty-gritty of dealing with the record label, and that could seem intimidating," Hinchey said.

CBC's Loren McGinnis, host of The Trailbreaker, spoke with three northern artists who collaborated recently on a new single from the label. 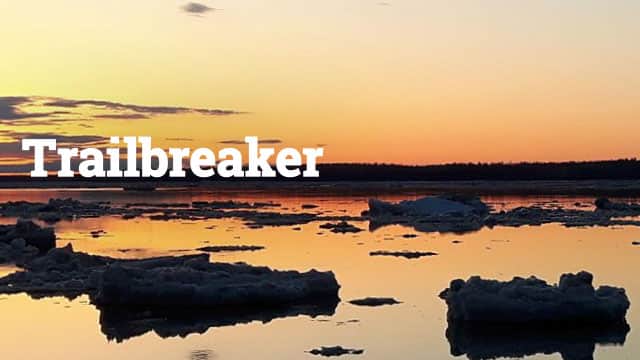 Bradley Cordero, known as Beni Beats, has been making music for the past three years.

"I think it's just a chance for us to kind of showcase what we've been working on for the past, how many years of our lives … to be able to come together and kind of do this as a collective," Cordero said.

He said there's more music "just waiting" to be put out by the collective.

"It's crazy to think that the stuff I've been doing actually is appreciated. You know, I just thought I liked it," Cordero said.

"I didn't think anyone else would enjoy it as much as I did."

Tuyishime said his artist name is partly derived from his place of birth — Kigali, Rwanda.

I get chills when I see something I wrote maybe even years ago, come to life- Kid Gali/Bryan Tuyishime, artist

It also partly stems from the artist Kid Cudi, who is Tuyishime's favourite hip hop and rap artist and who Tuyishime said inspired him to write songs about how he felt.

He said he feels he doesn't "really have a musical gift or talent, per se. I just love writing." But he said his Grade 9 English teacher told him he could take his writing further.

"Be maybe more poetic or paint a brighter picture. And I've taken that to heart," Tuyishime said. "And ever since, when I feel a certain way or feel down or high or whatever it is, I write and I use that as an outlet."

Tuyishime said the restrictions early on during the pandemic prevented him from going into the studio. But when restrictions were lifted, he was finally able to.

"I kind of just went on the mic. I was nervous at first," Tuyishime said.

"[But] the atmosphere here is really chill and laid back."

Neverland was a combination of notes and writings over time, Tuyishime said.

"I put it all together to just paint a story, a picture, a visual for anyone that wants to listen to it," Tuyishime said.

"I get chills when I see something I wrote maybe even years ago, come to life on a song because I know what my mind and how I felt going through that when I wrote it."

Northwyne Remigio is an artist who sings, raps and does vocal mixing.

He said he has a deep musical background that started when he was a kid doing karaoke, which he said is big in the Filipino community.

Growing up, Remigio learned piano and guitar and eventually started playing saxophone in his school band then bassoon and bass guitar in the jazz band.

"I was able to showcase and grow and just immerse myself in music. And I was able to win awards and just bring myself onstage as to which ... I was scared to do before," Remigio said.

He also credits his Grade 8 teacher who he said helped him explore writing lyrics.

Now, Remigio wants to do the same for other northern artists.

"This collective is very open to helping other artists. So honestly, if there's any artist out there in Yellowknife … who wants to collaborate, I have a studio here that works perfectly fine," Remigio said.

"I just want to help everyone showcase what they got, what their talent is."

Written based Amy Tucker, based on interviews by Loren McGinnis