Peter Taptuna says the decision by Ottawa to restrict any offshore licensing over the next five years creates uncertainty for Canada's least developed jurisdiction and is detrimental to the territory's devolution negotiations.

"We do want to be getting to a state where we can make our own determination of our priorities, and the way to do that is gain meaningful revenue from resource development," Taptuna said from his home in Kugluktuk.

"And at the same time, when one potential source of revenue is taken off the table, it puts us back at practically Square 1 where Ottawa will make the decisions for us."

"It feels like a step backward," he told CBC-TV's Power and Politics on Wednesday.

"We spent a lot of time negotiating a devolution agreement, and we thought the days were gone when we'd have unilateral decisions made about the North in some faraway place like Ottawa, and that northerners would be making the decisions about issues that affected northerners."

McLeod said Prime Minister Justin Trudeau informed him about the decision two hours before he made the announcement on Tuesday. 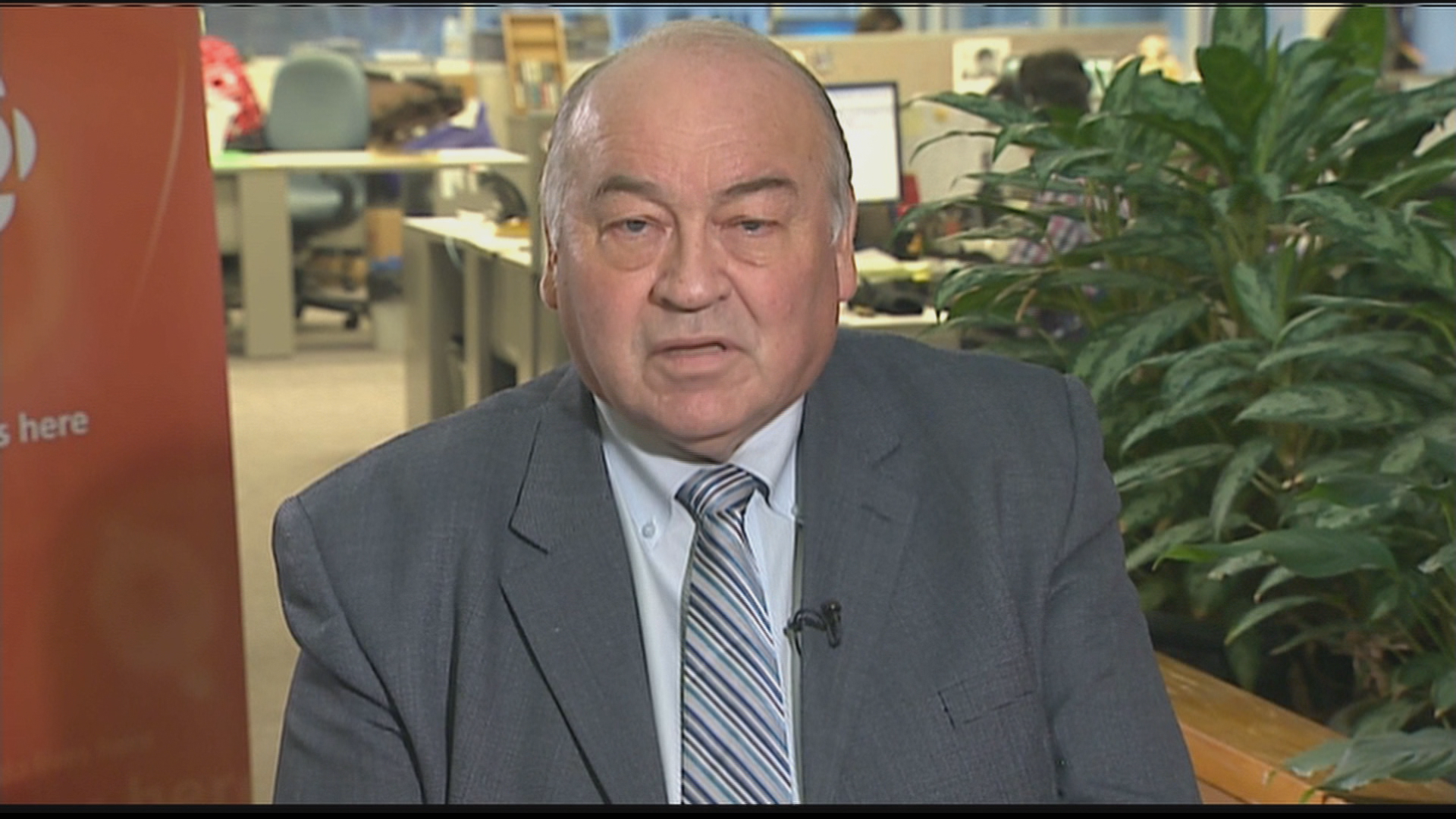 Under the Northwest Territories' devolution agreement, the federal government retained ownership of offshore oil and gas resources, but was to negotiate a revenue sharing agreement with the territory.

"We're counting on him to deliver investments that more than offset the oil and gas industry, recognizing that there are hundreds of billions of dollars of oil and gas that will be left in the ground," McLeod said.

Nunavut is in the midst of devolution talks with Ottawa, and Nunavut Tunngavik Inc., the territory's land-claims organization.

Once complete, the process would transfer some powers belonging to the federal government to the territory, including control of Crown lands and resources.

Taptuna said the joint statement with the United States and Canada of placing a moratorium on new oil and gas leasing for five years, followed by a review, creates a lot of uncertainty.

"We have been promised by Ottawa that they would consult and make decisions based on meaningful discussion. So far that hasn't happened," he said.

The premier said countries around the world have benefited from oil wealth, and Canada is no different.

"That's one of the things where we can generate wealth and have the authority to build our priority infrastructure: housing, schools, health centres and transportation infrastructure that we consider a major priority.

"You're not necessarily able to do that when 93 per cent of our transfer funds come from Ottawa."

Taptuna did say the moratorium is an important step toward for environmental protection, a sentiment shared by some in the territory.

Trudeau defended the announcement Wednesday at a news conference in Calgary, calling it a historic agreement to protect Arctic ecosystems.

"The issue with Arctic offshore oil and gas exploration was there is nothing currently going on there hasn't been something visible on the horizon of significant benefit to Indigenous communities in the near or even medium-term future," Trudeau said.

The person behind Clyde River's Supreme Court of Canada court case against the National Energy Board's decision to allow a group of companies to conduct seismic tests near the community is partially celebrating the announcement.

"It's disappointing that they didn't mention anything about seismic testing.

"It's my fear the Supreme Court might say, 'You know, there's not going to be a project up there for the next five years. We might as well let this one go through.'"

A spokesman from the National Energy Board says there's a distinction between offshore drilling and offshore seismic testing.

"Seismic testing does not involve drilling, but the identification of subsurface resources," wrote Steven Rowe.

"In regards to how this may or may not impact companies implicated in the Clyde River hearings, it is not the National Energy Board's practice to comment on matters currently before the court."

The Supreme Court is expected to make a decision sometime in 2017.

with files from Salome Awa