Former deputy premier Joe Savikataaq will now lead the territory, after MLAs ousted Paul Quassa Thursday. This is the first time a sitting Nunavut premier has lost a non-confidence vote.

Members of the Nunavut Legislature have chosen Joe Savikataaq to become the next premier of Nunavut, after Paul Quassa was ousted in a non-confidence vote earlier on Thursday.

"I am humbled that you believe in me," Savikataaq said, speaking in Inuktitut after members of the legislature voted for a new leader. "I will try and do my best as premier."

Savikataaq, the member for Arviat South, thanked everyone who voted for him, including Nunavummiut who elected him.

"I will work with all of you," he said, calling it a new page in his life and political career. "I will work my hardest."

Savikataaq, who was previously the deputy premier, beat out Lorne Kusugak in a second round of voting. Patterk Netser, the member for Aivilik, had also thrown his name in the hat to become the next premier.

This is the first time a sitting Nunavut premier has lost a non-confidence vote. Quassa served in that role for just seven months.

Before the vote, candidates were asked to answer a number of questions, ranging from how they would handle changes to the education system, to how many hours a day they would work.

Savikataaq said in Inuktitut that he would not be giving a list of what he will and will not do, but said he would work to listen to all members of the legislature.

"We all agreed on the mandate and we're going to work on that mandate to get [done] what we need to do," said Savikataaq in English.

Quassa lost the vote early Thursday afternoon in the Nunavut Legislative Assembly, following a motion introduced by the chair of the regular members' caucus, John Main — a rookie member representing the communities of Arviat and Whale Cove.

Main did not get into specifics about why the members lost confidence in Quassa, but said the main concerns fell under two areas: management and integrity.

"There's not been a lot of team effort among the members under this premier," Main said. "There's been a tendency toward autocratic style of leading, which clashes with our consensus model of government."

Main also pointed out "misleading statements" made to members regarding the Northern Lights conference in February. More than $500,000 was spent sending a delegation from the territory — including all of cabinet — to the trade conference in Ottawa.

Quassa apologized for the spending on the Northern Lights conference when speaking to the motion.

"Perhaps we spent too much money on that," he said, in Inuktitut. "But if that's what you think, I apologize for that."

Quassa highlighted his work on Inuit jobs and language, and said that since his term began the territory has already seen an increase in Inuit employment.

"We as members place the highest expectations on the office of premier, because those are the high expectations the voters have put on us."

In Nunavut, premiers and cabinet ministers all face a review by the assembly halfway through a mandate at the two-year mark. They usually survive this mid-term review.

However, it was revealed during the debate of the non-confidence motion by MLA George Hickes this government decided at the beginning of its mandate to forgo this. He said instead each day would be a review.

Quassa's review only seven months into forming a government came earlier than for any other premier in Nunavut's 19 years of existence.

After losing the vote, Quassa immediately became a regular member of the legislature.

As the Nunavut Legislature is currently sitting, the members would not have been allowed to break until after a new premier was selected.

Savikataaq temporarily assumed the duties of premier until a new leader was chosen through the vote Thursday afternoon.

Quassa was selected to lead the territory in November, after the most recent election.

In Nunavut's consensus-style government, 22 people are elected to the Nunavut Legislature. There are no political parties. 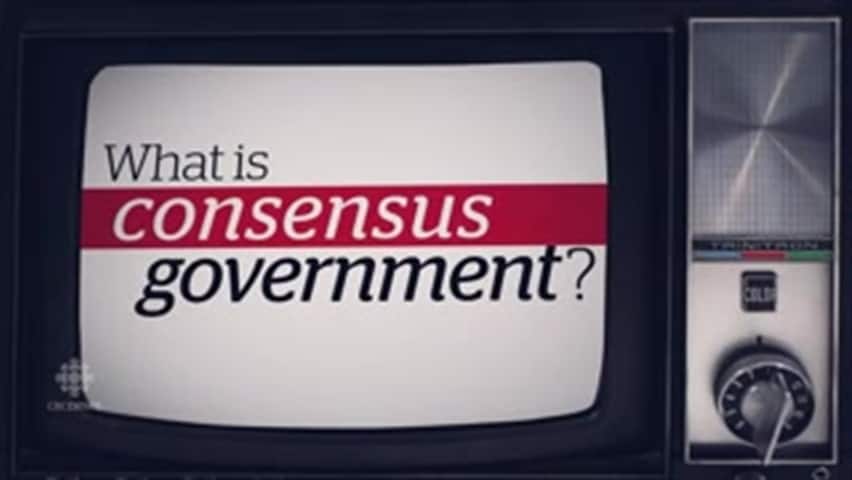 3 years ago
1:57
On the eve of Nunavut's 5th election, CBC North's Jane Sponagle explains how government without political parties works. 1:57

Shortly after an election, members take part in a leadership forum where they select the premier, Speaker, and cabinet members in a secret ballot.

This government has seven cabinet ministers plus the premier, meaning there are 13 regular members, who serve as a form of opposition to the cabinet.

The Speaker — in this government, Joe Enook — rounds out the 22-member legislature. He would break a tie if needed, but did not vote on the motion.

Main questioned Quassa in March about spending decisions regarding the Northern Lights conference, and on Monday — the day before Main gave notice of the motion — regular members asked cabinet ministers about whether they had a choice to attend the four-day conference with a $572,000 price tag.

Quassa has also faced questions about deciding to pull out of the Grays Bay Road and Port project.

Memes in support of Quassa

Before an MLA can introduce a motion to the legislature, they must give 48 hours' notice of their intention, which is what Main did Tuesday.

In the meantime, members stayed mum on their reasons for the motion, which confused and upset many members of the public.

Memes supporting Quassa's decisions and a Facebook group called "I stand with Paul Quassa" have been circulating online.

Jack Anawak — who formerly represented Nunavut as a federal MP and is the only member of Nunavut's cabinet to be removed by a non-confidence vote — was surprised by the motion.

Anawak said he supports Quassa's intentions to put Inuit in high-level positions in the government and prioritize Inuktitut language learning.

"This is the first time our hopes have been realized in terms of the Inuktitut language, [Inuit] culture, more high-level staff Inuit being hired. So our dreams [are] being realized finally ... [It's] why we wanted Nunavut in the first place."

Sara Frizzell was live tweeting from the legislature Thursday. Follow along below.

Sara Frizzell is the news producer at CBC Nunavut. Previously, she worked as a web writer and reporter in Iqaluit. She's worked in radio, podcasting and longform journalism since graduating from Carleton University's journalism program in 2013. Contact her at sara.frizzell@cbc.ca