Public hearings for the inquiry into missing and murdered Indigenous women and girls continued Wednesday Yellowknife. 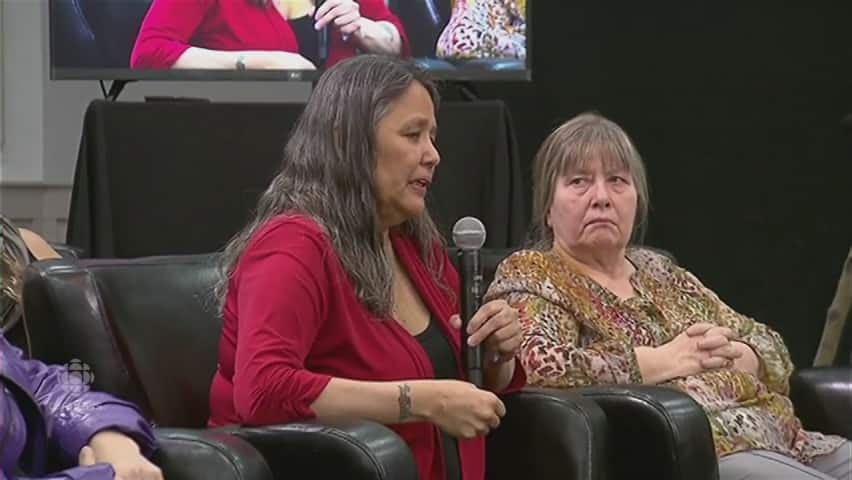 Wednesday marked the second day of national inquiry hearings into missing and murdered Indigenous women and girls in Yellowknife.

Families from across the N.W.T. gathered at the Chateau Nova hotel in Yellowknife to testify.

A team of victim services workers will be on site during the hearings to provide emotional support to those who need it.

On Tuesday, the Meyer family gave the first public testimony.

"Keep after the doctors and the psychologists," said Kathy Meyer. Kathy's daughter Angela Meyer disappeared on Nov. 27, 2010 from Yellowknife.

"There was not a lot of help for Angela when she was a teen ... And I don't think there still is," said Kathy, calling for more mental health and addictions support in the territory.

It was followed by the Semmler family and then former Dene National Chief Noeline Villebrun gave her testimony.