All 19 MLAs had planned to come together in Fort Smith, N.W.T., this weekend to hash out divisions that emerged as they debated a motion to eject Katrina Nokleby, formerly minister of infrastructure and industry, tourism, and investment, from cabinet.

'We kind of need it now more than ever,' caucus chair says

Four regular MLAs in the N.W.T., including former minister Katrina Nokleby, will not be present at a caucus retreat focused on "relationship building" after a contentious week in territorial politics.

All 19 MLAs had planned to come together in Fort Smith, N.W.T., this weekend to hash out divisions that emerged as they debated a motion to eject Nokleby, formerly minister of infrastructure and industry, tourism, and investment, from cabinet.

"Given the events of this last week, we kind of need it now more than ever," said Yellowknife North MLA Rylund Johnson, the caucus chair.

But in a social media post Friday, Nokleby announced she would not be attending the retreat.

"After careful consideration, I have chosen not to attend the caucus retreat this weekend in Fort Smith," she wrote.

Nokleby's mother recently passed away. In her post, she said she has "not had a chance to deal with her estate nor properly grieve" and would travel to B.C. as a result.

Nokleby could not be reached for comment by the time of publication.

On Wednesday, Nokleby was the recipient of more than two hours of harsh criticism of her performance that included accusations she bullied staff, stormed out of meetings and failed to keep records of meetings with outside parties.

In return, Nokleby accused cabinet of a "toxic culture of secrecy" that bore "the hallmarks of corruption and backroom dealings."

She was eventually voted out of cabinet by all of her colleagues, save one.

Johnson said he was "confident" Nokleby would become a "great regular member" despite missing out on the retreat.

Nokleby is not the only one sitting out the weekend. Monfwi MLA Jackson Lafferty, who accused the premier of breaking the law in dismissing Aurora College president Tom Wegar earlier this year, is also not attending.

Johnson also said Nunakput MLA Jackie Jacobson, who abstained in the vote against Nokleby on the grounds that the premier did not provide MLAs with sufficient justification, would miss the weekend.

Lafferty and Jacobson could not be reached for comment by the time of publication.

Other MLAs will not be present for "personal reasons," Johnson said.

Watch what MLAs said about working with Nokleby in Wednesday's vote: 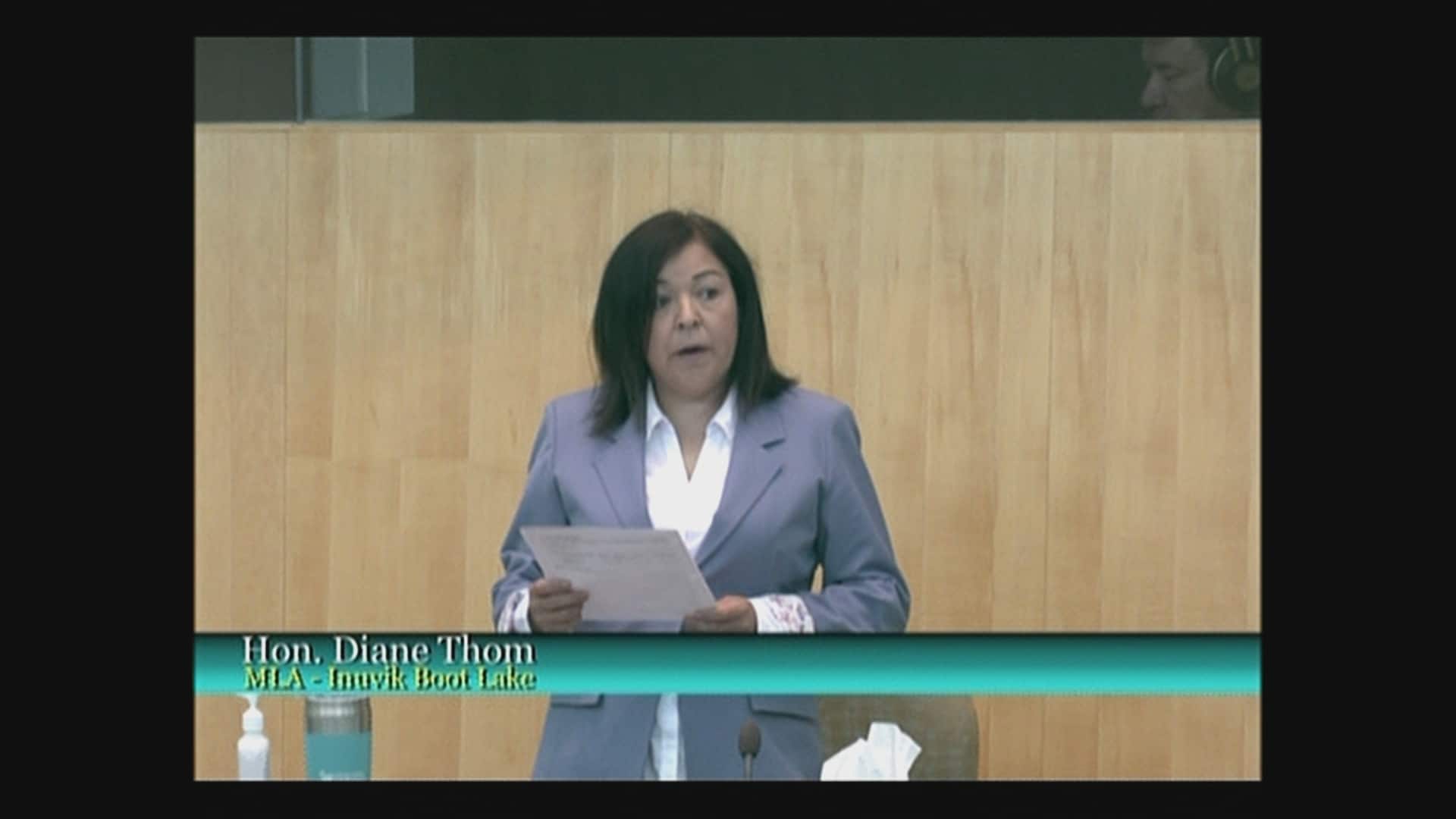 N.W.T. MLAs speak about their experiences with Katrina Nokleby

Inuvik Twin Lakes MLA Lesa Semmler, who said in the legislature that the debate over Nokleby "challenged me to my core," will be participating by phone.

Lastly, Hay River South MLA Rocky Simpson is in isolation, Johnson said, and may teleconference in for some discussions.

Simpson could not be reached for comment by the time of publication.

Johnson said others may be invited to join remotely if they are not able to attend in-person. He said the weekend would still be useful for refocusing the priorities of the 19th Assembly.

"Some of the bigger decisions that I think the [territorial government] hasn't made in years are being forced because of COVID[-19], so we're going to try to get some agreement on how best to move forward," he told CBC.

"There's always going to be tension in politics, and I think that's healthy," he said. "The best thing we can do is just do some work together. There's so much that we all agree on."

With files from Danielle d'Entremont