This Inuk woman has never met anyone with the same name: Qitupana

CBC North is doing a series on the history and significance of Inuit names. Millie Qitupana Kuliktana calls herself a "lonely character" because she's never met anyone else with the name "Qitupana."

CBC North is doing a series on the history and significance of Inuit names. Traditional names hold great respect and honour. There are long-held Inuit beliefs that people take on the characteristics of their namesake, and that spirits live on through them. Many Inuit have close connections with the person who named them, as well as people who have the same name.

Millie Qitupana Kuliktana has never met anyone else with the same Inuit name.

Millie was born in February 1964, spending her early years in Ulukhaktok, Northwest Territories, before settling in Kugluktuk, Nunavut.

"Qitupana" was given to her by the late Ikey Angutitiak Bolt, who was her mother's uncle from Alaska. She calls him her Attiaqhi in Inuktitut — the one who named her.

She says he was a "very famous elder" in the region.

"He's known to have named many people in his lifetime, so I was very fortunate to be given a name by Ikey, who was well respected," she says.

"Qitupana was my late great-grandmother's older sister, who was an Alaskan Iñupiat."

Give my name some time to rest, and then please name many people Qitupana.- Millie Kuliktana

Millie says, unlike her daughter Adjiukak who shares her Inuit name with 20 people, she has no one to share her name with, called Haunittiaqanginniq in Inuktitut.

"Sometimes I feel like I'm a lonely character," she laughed. "There's nobody else that I've ever met name Qitupana."

While she doesn't know why Ikey chose Qitupana, Millie had a special relationship with her great uncle, since he had the honour of naming her. She said he and his wife Edna were remarkable elders.

"I am one amongst many individuals who had these beautiful relationships with them as elders," she said. "As children we would be drawn to their home. They would just nurture us."

Millie says Ikey was a good storyteller and a leader in his own way. He made sure that the children he named knew their connections, including Millie's connection to Qitupana.

"I hope that Qitupana was a doer, and I think I am." 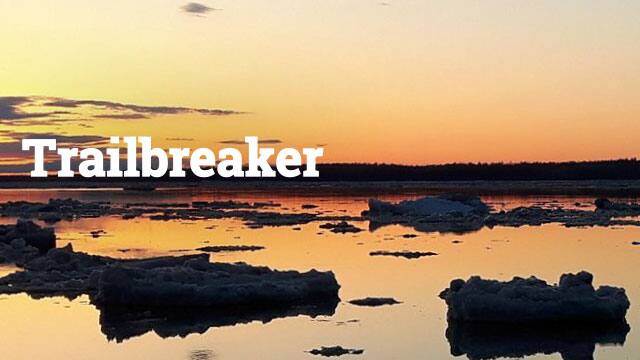 Inuit beliefs hold that people who share the same name often hold similar characteristics, both physical and in personality.

But with no one to share her name with, Millie says she only has visions and dreams of who Qitupana may be.

"I've always seen this one recurring dream of having someone standing with a beautiful sunburst, around their parka hood, but always had their back to me," she said.

"It's a figure that I can see, that stands tall and looks very sturdy and steady."

She's heard there may be a Qitupana in Utqiaġvik, Alaska (formerly Barrow), who she hopes to one day meet, if it's true. But for now, she passes on her hope to her family members.

"'When my time comes, give my name some time to rest, and then please name many people Qitupana if you can, so I don't have to be lonely!" she laughed.