Ontario, B.C. and Alberta make public who earns more than $100K a year 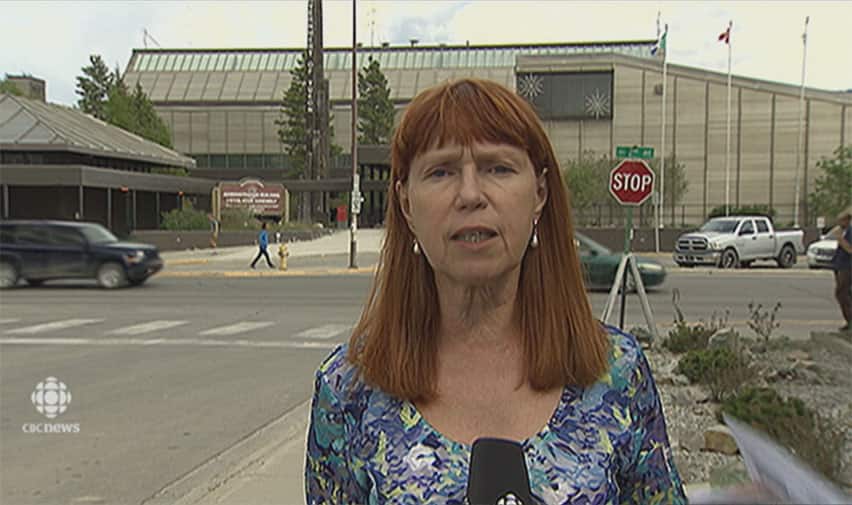 Governments obtain the bulk of their money from you, the taxpayer, and it's a well established principle that taxpayers are entitled to know how government spends their hard-earned tax dollars.

That's why governments tell the public how much it costs to build a hospital, to run a school, or to take care of the roads.

In several Canadian provinces, that transparency also extends to money spent on government salaries but that's not the case in the Yukon.

'Sunshine lists' shine light on how government money is spent by publicly disclosing salaries and, in some cases, severance, for public sector employees. Ontario was the first to apply the concept, and B.C., Manitoba, Saskatchewan and Alberta have followed suit.

"If the salaries are in line with what they should be. . . there should be nothing to worry about." - Paige MacPherson

Most sunshine lists start at a salary of $100,000 per year, although Saskatchewan and Manitoba start at $50,000. The lists include the names of the people in the positions.

Alberta is considered to be the 'gold standard' because it lists not only names and salaries but the ministry, position, classification, cash benefits (bonuses) and non-cash benefits, as well as any severance.

Paige MacPherson, director of the Alberta region of the Canadian Taxpayers Federation, says a sunshine list is part and parcel of open and accountable government.

"We elect people to be our decision-makers and that's the role of government for sure but they have to remember that the decisions they're making are with somebody's else's money," she says.

"We wonder why governments are spending so much; we wonder why we're taxed so much but it doesn't seem to go that far. These salaries help to paint the pictures for taxpayers: 'OK, well that's where some of our money is going.' And it better informs our decisions when we go to the ballot box."

Salaries and personnel expenses account for some 40 per cent of the total Yukon budget: $471 million.

Government is the top public sector employer in Yukon, accounting for 40 per cent of the total jobs. Of that about 60 per cent are territorial government jobs, with First Nations governments second, followed by federal and municipal governments.

CBC asked the Yukon government and Yukon crown corporations for a list of people, job titles and salaries, where salaries were more than $100,000.

It did not release the amount of money it spent on severance for 2014-15, nor did it provide any information on performance bonuses: who gets them or how much.

Among Yukon crown corporations, the Yukon Energy Corporation provided the most complete information: a list of 28 employees making more than $100,000. The president and CEO Andrew Hall makes the top end at $247,548, while a leadhand in transmission and distribution makes the lower end at $105,040.

The Yukon Hospital Corporation provided the least information. It would say only that it has "about 500" employees, and that salaries account for 65-70 per cent of the hospitals' expenditures.

Yukon gov't not keen on sunshine

It turns out a sunshine list is not a popular idea with either the territorial government or the union representing its employees.

Mark Tubman, acting deputy minister of finance and also the deputy secretary to the Management Board, which handles all the Yukon government money, says a sunshine list would be a clear invasion of privacy.

He told CBC "it's hard enough to be a bureaucrat in this town" without media looking into government salaries, adding that revealing that information could pose a "real security risk" to civil servants.

Steve Geick, president of the Yukon Employees' Union, says a sunshine list would be a "complete invasion of privacy" for its members.

In fact, Yukon's recent access to information legislation specifically prohibits the government from releasing financial information about third parties, including income, unless it's over-ridden by other legislation (like a sunshine act.)

Should public salaries be private?

Brent Rathgeber, MP for Edmonton-St. Albert, says when people enter the public service, they should expect to compromise on privacy, given that their paycheques come from the public purse.

"Privacy concerns of individuals might be persuasive at lower levels but it becomes less persuasive as you get higher up," he says.

Rathgeber is a former Conservative, now sitting as an independent, who left the Tory caucus after the Harper government gutted his private members' bill that attempted to establish a federal sunshine list for federal civil servants and crown corporation employees.

He says governments "foresee nothing but political storms" by making salaries public.

"The government doesn't want to have to defend those 'bad news' stories so they would just prefer that the information remained private."

Even the union that represents Alberta's public sector employees says it likes the province's sunshine list.

Guy Smith, president of the Alberta Union of Provincial Employees that represents 22,000 workers that work for the province of Alberta, says it helped highlight pay inequities.

"We've always said there's a huge difference between what workers on the front line get and what management get and when the list came out, it just proved that point. . . so that was good evidence for us," he says.

"We'll use that to our advantage to show that it isn't the front line workers that are making the big bucks, it's actually the managers."

"If the salaries are in line with what they should be . . . that would not be humiliating or embarrassing to those public sector workers. There should be nothing to worry about," she says.

"The only reason I would say that people are worried is if there's a horrible double-standard at play, where these public-sector salaries are completely out of whack with the rest of society, who is paying for them."

She says seeing where Yukon's money goes is of national interest, given that about 86 per cent of the territory's budget comes from Ottawa.

"When spending is that high per capita, it makes it even more important," she says.

Raised in Ross River, Yukon, Nancy Thomson is a graduate of Ryerson University's journalism program. Her first job with CBC Yukon was in 1980, when she spun vinyl on Saturday afternoons. She rejoined CBC Yukon in 1993, and focuses on First Nations issues and politics. You can reach her at nancy.thomson@cbc.ca.