Moving a grand piano halfway around the globe is not cheap or easy, but Yukon musician Matthew Lien decided it was worth it to have his beloved instrument closer to home.

Matthew Lien remembers the challenge of moving his new Yamaha C7 grand piano into his upper-floor studio in Taiwan a few years back.

"They had to use a crane, this crane truck, to fly it in the fourth-floor window," he recalled. "It's been quite a journey already with that piano."

That piano is on a much bigger and more dramatic journey now — it's currently on a cargo ship somewhere on the Pacific Ocean, and en route to Lien's home in Whitehorse.

"When you put it in a shipping container across the ocean, you're kind of, you know, just fingers crossed, toes crossed, everything crossed — and I just hope it makes it OK," he said.

"I helped oversee the packing of it, online just using my phone at my buddy's house. They packed it up real well." 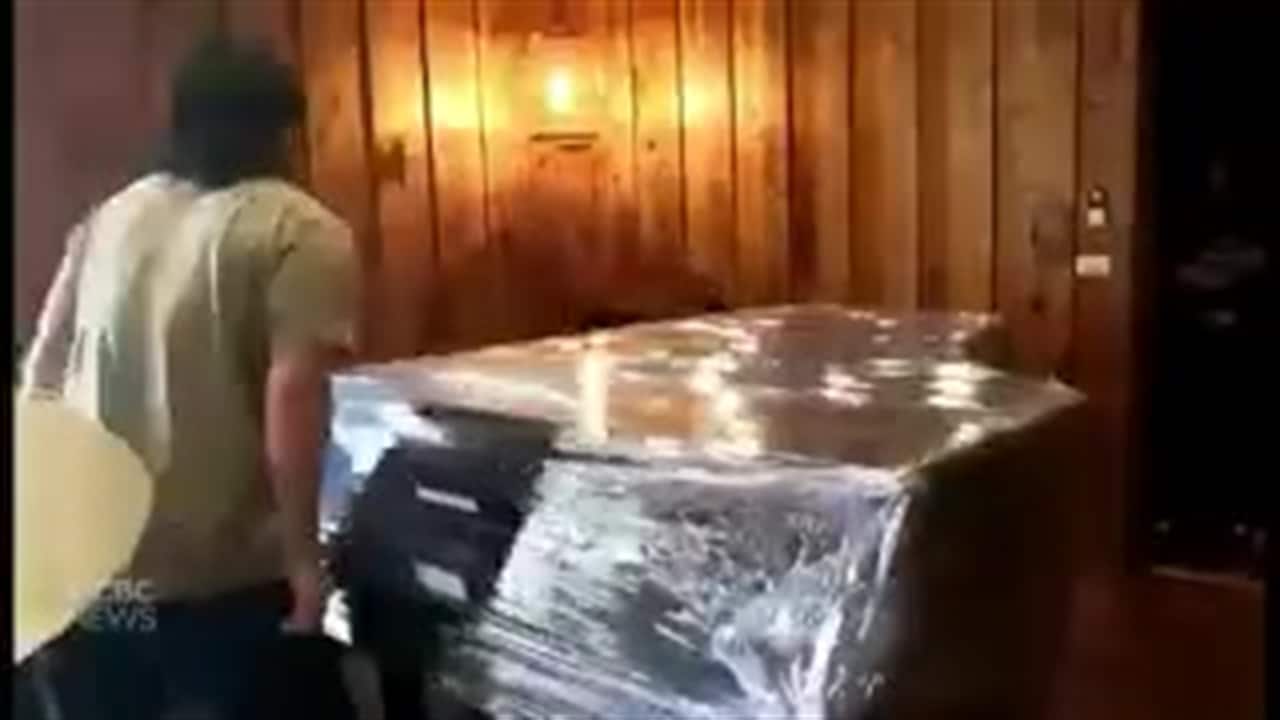 Packing a grand piano for a trip across the ocean

24 days ago
0:21
Musician Matthew Lien decided it was time to ship his prized grand piano from his studio in Taiwan to his home in Yukon. It was a big job just getting the instrument packed up for a trip across the ocean. 0:21

For years, Lien has divided his time between Yukon and Taiwan, where he enjoys a big following. He bought the piano a few years back in Taipei and installed it in a studio there provided by his agency.

Now the agency has given up the studio space, and Lien had to figure out what to do.

"My piano kind of became homeless. And I had a choice to make, you know, whether just to put it in storage over there indefinitely, not knowing really what the future was."

He decided it made more sense to bring it to Yukon, where he's now settled and waiting out the pandemic like everyone else.

"It's kind of a COVID story in a way, but it's also a realization of a dream that I'm not sure I really thought would come true," he said.

'If a Steinway and a Yamaha had a child'

Lien says it's a special instrument, with a unique sound that he loves.

"For those pianists out there, it was as if a Steinway and a Yamaha had a child. It had this warmth to it that was very Steinway-esque that I love because I love playing a softer music where it really resonates into the heart of the piano, but it still had that C7 capability of climbing out of that darkness a bit," he said.

"I've never played a C7 like that, and I've played an awful lot of pianos."

Moving a grand piano halfway around the globe is not cheap — about $3,000 to get it to the port in Vancouver, Lien says, and then likely much more than that to get it safely up the highway to Yukon — but buying a similar piano new in Canada would cost tens of thousands more. Lien also says he got some financial assistance to help with the move.

His ultimate goal is to move it into an off-grid studio he's building in the Dezadeash area near Kluane Park.

"I'm excited to get it here for my own sanity, my own musical well-being. But it's a piano that ... I think will be a welcome, you know, contribution to the whole local recording and music scene," he said.

Before the studio is ready, though, the piano will live in Whitehorse with Lien.

"It's going to come here and gobble up a whole lot of room in my Copper Ridge studio, which isn't that big," he said.

"But it'll be a welcome, you know, beast in the living room, so to speak."

With files from Elyn Jones