'Is he just passing by?' Harper continues Northern tour

While residents are happy he’s coming, some are wondering where the substance is. 'We’re not actually sitting down and having a discussion on any issues,’ said Jeannie Ehaloak, mayor of Cambridge Bay, Nunavut.

“We’re not actually sitting down and having a discussion on any issues,’ said Jeannie Ehaloak 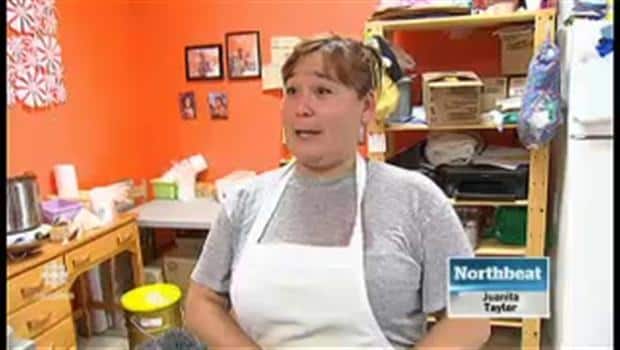 PM's visit to Nunavut all photo ops, no conversation: residents

The Prime Minister's trip through Nunavut will include several photo-ops, but few opportunities for local hamlet officials and residents to actually meet with Stephen Harper.

In Cambridge Bay, Mayor Jeannie Ehaloak says Harper will have his photo taken at the site of the Canadian High Arctic Research Station.

"We're not actually sitting down and having a discussion on any issues,” she says. ”It's just that he's coming to check out the CHARS site and there's an announcement he's going to be making.”

Harper started his northern tours in 2006. This year his Nunavut itinerary is quick and booked solid.

In Nunavut's capital, there are mixed reactions about this whirlwind northern tour.

Former city councillor Claude Martel wonders what exactly the results will be.

“Is he going to say something good for this town? Or is he just passing by?”

Others have a more lighthearted view.

“I hope he sees the dump and wants to put it out,” laughs Sadie Vincent-Wolfe.

“At least he shows that he cares about the communities,” says Jaffar Gebara, also laughing. “Most people forget about us being up here...in desolation.”

Harper flies to Pond Inlet on the weekend, only to transfer to a sea vessel and travel to Arctic Bay.

He’ll then fly back to Pond Inlet by Hercules aircraft and make an announcement there.

After that, it's off to Iqaluit.