Bessie Kahak was outraged when staff at the Yellowknife Liquor Shop refused to serve her, and says the issue comes down to race. 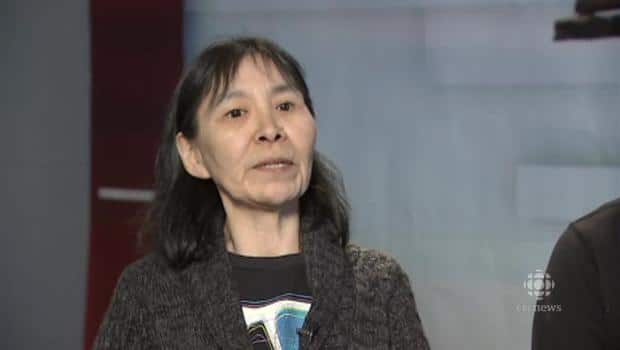 ​A Yellowknife woman has filed a human rights complaint against the Liquor Shop off Old Airport Road.

Bessie Kahak says she was sober when staff denied her service, claiming she was intoxicated.

She believes the issue came down to race.

"It was so wrong,” she says. “I could understand if I had been drinking and they wouldn't serve me, but I wasn't drinking at that time."

Kahak says when she stopped into the Liquor Shop on a Saturday evening, she saw two drunk Inuit women she knows.

She ignored them and went inside to buy two six-packs of beer, but she was stopped at the till.

"At that point, I realized maybe they thought I was with them. And I was trying to tell him, ‘No I'm with my husband, my husband is waiting outside in the truck.’"

Refused service, she went outside to her husband and told him staff wouldn’t serve her.

“He said, ‘Why?’” I said, ‘Because they said I'm intoxicated, I've been drinking already,’ which wasn't true."

Kahak's husband, Don Mercredi, says he went in to talk to the manager, who agreed Kahak was not drunk.

But Mercredi says the manager stood by the employee's decision.

"I said to her, ‘My wife goes in to buy two packs of Molson Dry and right away you assume she's drinking with these Inuit women and therefore her being Inuit, you're not going to serve her,’” Mercredi says. “‘That's why you're not serving her, isn't it?’"

The two haven’t been back to the Liquor Shop since.

“I could feel for her…,” Mercredi says. “That she’s not good enough to go into that store because of her race."

“I felt very uncomfortable, like I wasn’t wanted around there."

The Northwest Territories Human Rights Commission has agreed to take on the case. It's now waiting for a response from Perry Smith, who owns the store.