Hunter Tootoo, Nunavut's MP and a former federal cabinet minister, told CBC News on Wednesday that he had an inappropriate relationship before his sudden resignation from cabinet and Liberal caucus in May.

'I am ashamed and I apologize to all involved,' former cabinet minister says 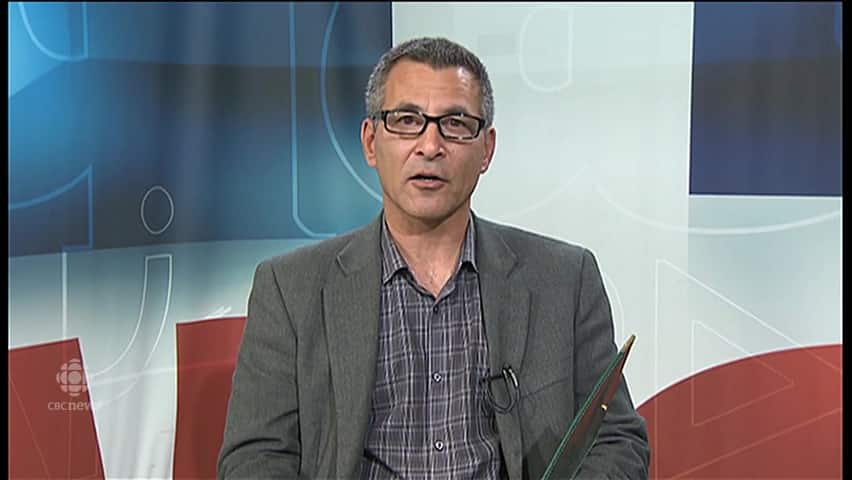 4 years agoVideo
1:31
Nunavut MP Hunter Tootoo made a statement today in CBC's Iqaluit newsroom, apologizing for an 'inappropriate relationship' that led to his leaving the Liberal Caucus. 1:31

Nunavut's MP and former federal cabinet minister Hunter Tootoo made a statement Wednesday, finally addressing allegations he had an inappropriate relationship before his sudden resignation from cabinet and Liberal caucus this May.

"I made a mistake and regrettably engaged in a consensual but inappropriate relationship, and that is why I resigned," he said in the CBC newsroom in Iqaluit this afternoon.

"I am ashamed, and I apologize to all involved, especially the people of Nunavut. I am deeply sorry."

Tootoo called the station earlier this afternoon to announce he was coming in to make a statement.

Tootoo resigned suddenly from cabinet in May, saying he was leaving the Liberal caucus for addictions treatment.

"On May 31, I voluntarily informed the prime minister that I made a mistake," said Tootoo.

"That is why I resigned my cabinet post and my position in caucus. I then checked myself into rehab for my addiction."

Tootoo refused to offer more information on the individual involved.

"The individual has asked me to protect her privacy and I am respecting those wishes, and I ask that you respect that wish," he said.

Much as he did in his statement last Wednesday, at the opening of his Iqaluit office, Tootoo spoke about his addiction.

"I let my judgment be clouded, and I have also let alcohol take over my life."

Deeply sorry. Voluntarily told PMO about consensual relationship. Was asked to keep it private. I resigned went to addiction treatment.

The statement confirmed that Tootoo communicated with the PMO on May 31.

"Hunter Tootoo acknowledged to the prime minister that he had been engaging in what was an inappropriate relationship in the workplace."

The statement noted that Tootoo would be "withdrawing from his ministerial responsibilities and from the Liberal caucus, and taking steps to address his addiction issues."

"In the same conversation, Mr. Tootoo informed the prime minister that he took full and sole responsibility for his inappropriate workplace conduct."

The Prime Minister's Office also refused to offer information about the individuals involved in order to protect their privacy.

Sima Sahar Zerehi is a reporter with CBC North. She started her career in journalism with the ethnic press working for a Canadian-based Farsi language newspaper. Her CBC journey began as a regular commentator with CBC radio's Metro Morning. Since then she's worked with CBC in Montreal, Toronto and now Iqaluit.