Northern Farm Training Institute will be giving potatoes to every N.W.T. community 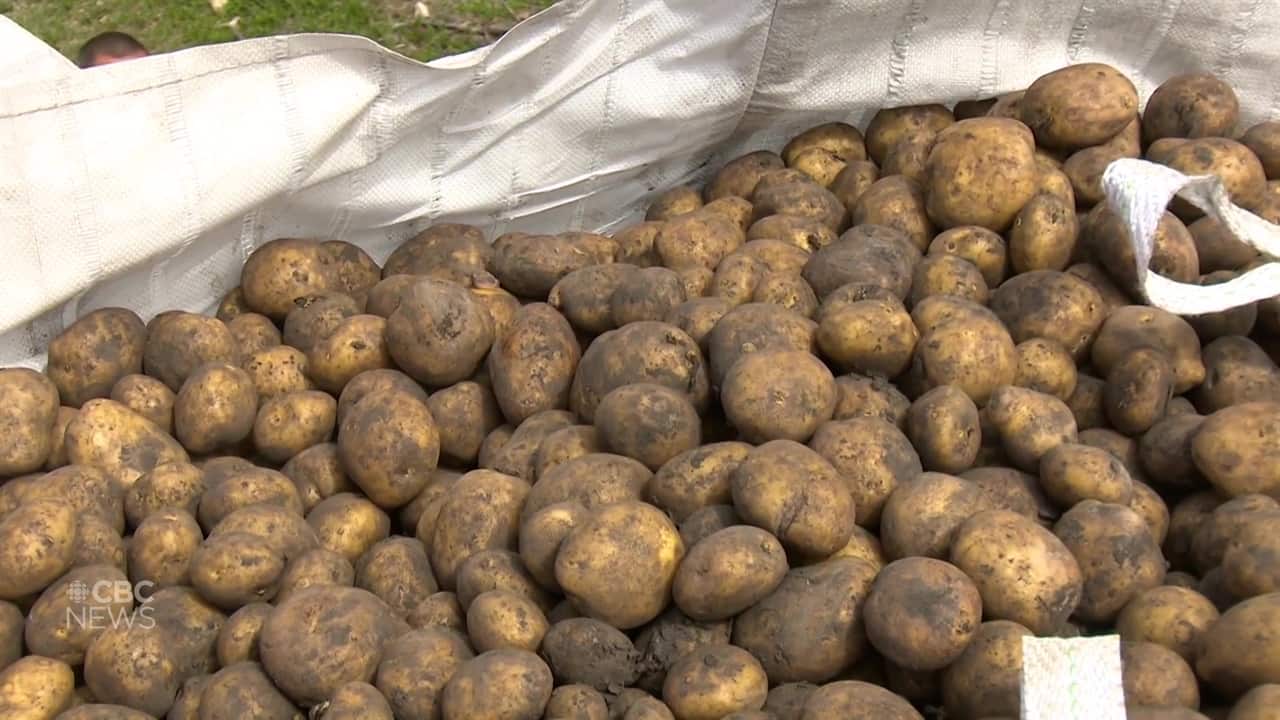 6 months agoVideo
2:39
The spuds are a donation from a farmer in Lacombe, Alta., who offered to give their farm's surplus to the N.W.T. The donation is huge — enough to feed every person in the N.W.T. 2:39

The spuds are a donation from a farmer in Lacombe, Alta., who offered to give their farm's surplus to the N.W.T.

Jackie Milne, the president of the Northern Farm Training Institute, started jumping up and down as soon as the truck pulled into her farm today and yelled "we did it!" to a couple of people on site.

The donation is huge — enough to feed every person in the N.W.T.

"If we can get these potatoes planted and we just take good care of the gardens, we can produce five million calories," Milne told CBC.

"We gotta take this gift and really value it."

A team of volunteers is working with Milne to distribute the potatoes to every single community in the N.W.T., starting with the communities in the South Slave region. Most of the donations will be sent by plane to Yellowknife, and then another portion will be flown up to communities in the Sahtu and Beaufort Delta regions.

Fort Simpson, N.W.T. will be the potato hub for the Dehcho, where volunteers there will distribute the seeds to the smaller communities in the region.

Milne said she got the idea to ask for a donation during COVID-19, when she foresaw issues getting food up to the territory due to the border closures.

She picked potatoes to focus on because she said they are the ultimate "survival food."

Milne is also offering free gardening tutorials on the Northern Farm Training Institute's Facebook page during the pandemic. She is also looking into creating interactive Zoom classes, where community members can ask her gardening questions.

Milne said any possible food shortage could be avoided next year if the communities are able to save any of their seeds for replanting.