On a ridge alone, Alex Messenger survived a grizzly attack. His first memoir details that attack and the rescue that followed.

Going unconscious during a grizzly attack on the tundra turned out to be a "blessing in disguise" for Alex Messenger.

He was a teenager when he went on a 49-day trip into the barren lands with five other friends. He wrote about surviving the attack in his new memoir, The Twenty-Ninth Day: Surviving a Grizzly Attack in the Canadian Tundra.

Messenger met trouble while he was alone on a ridge, 200 yards from his travel companions.

"It charged at me and I was able to dodge it a couple of times and I threw my Pelican case at it when it was five or 10 feet from me, charging full speed," he said.

It gave him a window of opportunity to dodge the bear, before it bit him and he blacked out from the pain.

"I played dead really effectively when I was unconscious," he said.

Messenger came to, took stock of himself and ran back to camp while he had enough adrenaline to mask the pain.

His friends couldn't see the ordeal from where they were. 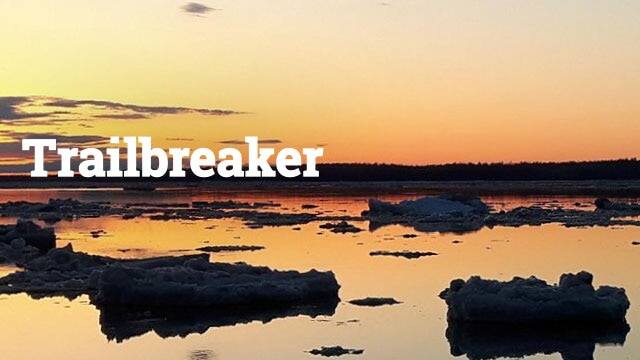 The Trailbreaker6:52Minnesotan man recalls grizzly attack in Nunavut in memoir
Alex Messenger was 17 when he had a chance encounter with a grizzly bear. He lived to tell the tale. He shared his story on the Trailbreaker. 6:52

"My trip-mates initial reaction was just disbelief. At first they were like, 'You can't joke about this, quit joking!"

"Once I got down and they saw me all bruised and bloodied, then they were obviously not thinking I was joking," he said.

Then they exploded into action.

It wasn't possible to get a helicopter.

They evacuated him from Princess Mary Lake, to Thirty Mile Lake where they could finally get a helicopter to Baker Lake for medical attention.

The encounter has made Messenger more cautious in the outdoors. In grizzly country, he travels always in groups and carries bear mace.

"Murphy's law says that when you need a deterrent like that is going to be when you don't have it. So if I always have it, I won't need it," he said.

He worked hard to regain his confidence in the outdoors in controlled situations, he said.

"I chose early on to not let it define me or what I could, or couldn't do."

Writing his book had him revisiting his life-or-death moment.

"I had to go back to those really raw memories for the book. Every once in a while it will just hit me that woah, that happened. It's in technicolor. It's incredibly vivid. But I know it could be worse," he said.

Messenger says he's glad the bear is still out in the wild and wasn't destroyed.

"Wild places and animals in those places require a lot of respect as well," he said.

After game wardens interviewed Messenger, they went out to find the bear, but only came upon a bunch of muskox, he said.

"I'm glad it's still out there in the wild."