Greenpeace is taking its ships out of Arctic waters near Greenland's western coast, but the activist group says it will keep protesting Cairn Energy's plans to drill for oil and gas in the region. 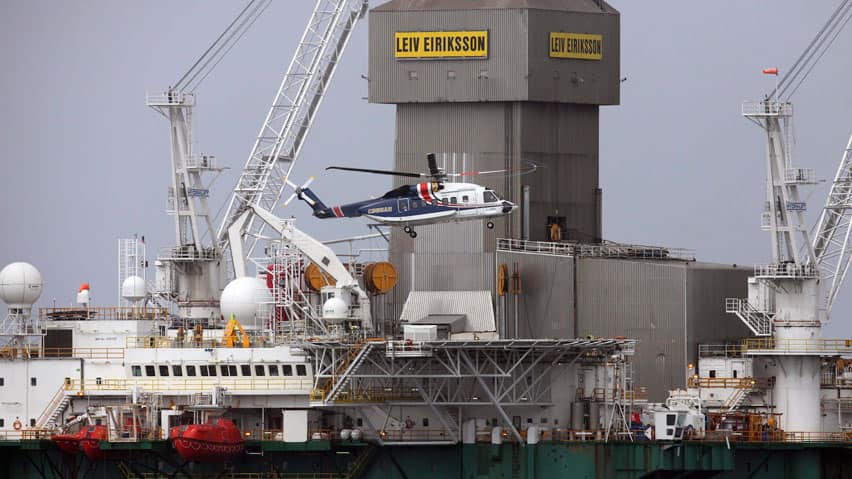 9 years ago
1:28
Environmental activists pull ships away from Cairn Energy drilling rig, after a month of protests and arrests, Paul Tukker reports. 1:28

Greenpeace is taking its ships out of Arctic waters near Greenland's western coast, but the activist group says it will keep protesting Cairn Energy's plans to drill for oil and gas in the region.

For over a month, Greenpeace had two ships anchored in the vicinity of the Leiv Eiriksson, a drilling rig Cairn Energy is using to conduct exploratory drilling in Davis Strait and Baffin Bay this summer.

The ships Esperanza and Arctic Sunrise were just outside a 500-metre exclusion zone that a Danish navy ship enforced around the rig.

But after 22 Greenpeace protesters were arrested  for breaching the exclusion zone and illegally boarding the rig, the organization says both of its ships have left the area.

The move came soon after a Dutch court issued an injunction  barring the Greenpeace activists from approaching the rig, or else face fines of €50,000 for each day that Cairn Energy's drilling is disrupted. Greenpeace says it has already been fined.

"We just can't justify giving our supporters' money to an oil company — not in those quantities — so at the moment we're just weighing up how to continue this campaign," Ben Stewart, a Greenpeace activist aboard the Esperanza, told CBC News on Wednesday.

"But the science tour goes on, and we are going to continue to push against Cairn Energy and their irresponsible plans for Arctic oil drilling."

Cairn Energy drilled three exploration wells last summer and plans to drill four wells this summer in Baffin Bay and Davis Strait. It has approval from the Greenland government to drill up to seven wells this year.

Greenpeace argues that drilling threatens the fragile Arctic environment and has called on the Scotland-based company to present a plan on how to cope with a potential oil spill.

Stewart said he believes the group's protest has been effective, as it drew global attention to the risks of drilling in the Arctic.

Greenpeace head to be deported

The 22 protesters who have climbed on board the Leiv Eiriksson include Greenpeace International director Kumi Naidoo, who was arrested along with a Norwegian activist on Friday.

Naidoo and Ulvar Arnkvaern have since been fined for trespassing and were deported from Greenland. The men were also banned from setting foot on Greenland for a year.

"I was very scared," Naidoo told The Associated Press by telephone from the Nuuk airport on Tuesday.

But Naidoo added that he was inspired by the actions of other Greenpeace activists and determined to draw attention to the potential dangers of drilling.

Naidoo said Greenpeace is considering legal action in Britain to try to force Cairn to disclose its plans for coping with a possible oil spill and that a campaign aimed at persuading Cairn's investors to sell their shares also was possible.