Yuri Klaver left Nome, Alaska, in March 2013 and since then has been paddling his kayak through the ocean or dragging it over land or sea ice, taking breaks along the way. 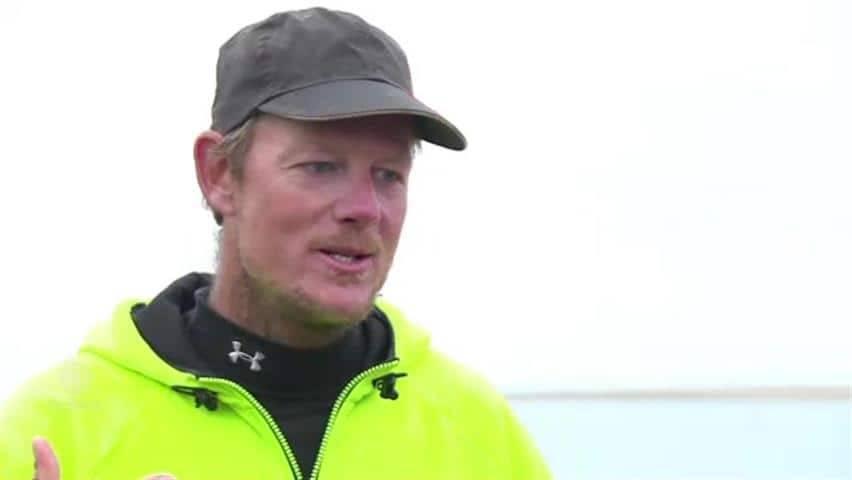 A Dutch adventurer who's spent over two years crossing the Northwest Passage by kayak says people weren't meant to spend their lives in offices.

Yuri Klaver left Nome, Alaska, in March 2013 and since then has been paddling his kayak through the ocean or dragging it over land or sea ice, using skis, a kite, and taking breaks along the way.

"I believe that every human being is made to wander through the wilderness," he said.

"Our bodies are, our senses, our wisdom, our reason, it's all made for it. We're not meant to sit behind a desk and only use our thumbs."

He was in Paulatuk, N.W.T., this week for the community's 50th anniversary celebrations. He estimates he and his kayak have clocked 3,000 kilometres so far on his journey, and, at the moment, he's unsure where his travels will ultimately take him.