The candidates for deputy grand chief of the Grand Council of the Crees are Ashley Iserhoff from Mistissini, Donald Nicholls, also from Mistissini and Norman A. Wapachee from Oujé-Bougoumou. Election day is July 14.

There are three candidates running for the office of deputy grand chief of the Quebec Cree Nation and they say greater inclusiveness, land protection and more mental health supports are among their priorities.

Cree voters head to the polls July 14 to elect both the grand chief and deputy grand chief who will lead the Grand Council of the Crees for the next four year term.

The candidates for deputy grand chief are Ashley Iserhoff from Mistissini, Donald Nicholls, also from Mistissini and Norman A. Wapachee from Oujé-Bougoumou.

Iserhoff says he will work with all the stakeholders of the Cree Nation to prioritize greater collaboration, justice and policing, and mental health supports. Winschgaoug (Cree)2:46Ashley Iserhoff on his top 3 priorities if elected Deputy Grand Chief
Ashley Iserhoff says he will work with all the stakeholders of the Cree Nation, including local chiefs and administrations as well as the Council Board with justice, the environment and traditional practices among his priorities. 2:46

Nicholls says he wants to prioritize inclusiveness within the Cree Nation, as well as capacity building and addressing social issues. Wapachee says he wants to prioritize creating a connection with each of Cree communities and entities, addressing social issues and work on protecting the land. 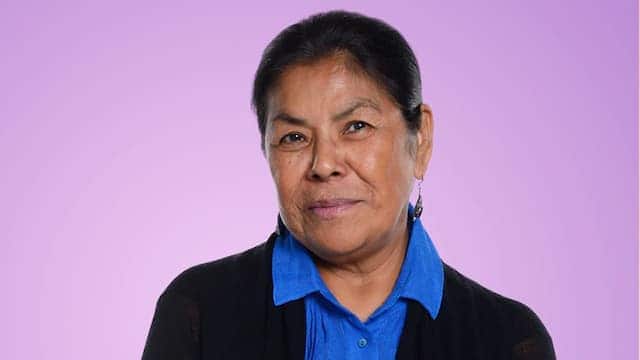 Winschgaoug (Cree)2:25Norman A. Wapachee on his top 3 priorities if elected Deputy Grand Chief
Norman A. Wapachee says he wants to prioritize creating a connection with each of Cree communities and entities, address social issues and work on protecting the land. 2:25

'I love to advocate and articulate Cree rights': Wapachee

Wapachee has spent several years working in local community development in Oujé-Bougoumou and was involved in efforts to secure a land base and get official recognition for his community.

He has served in various roles locally as director —  including public security, traditional pursuits and natural resources and as an elected community representative on the Cree Nation Government council board. He studied Indigenous law at college and then did a degree in native studies and politics at the University of Alberta. He was also involved with the implementation of the Paix des Braves agreement, signed by the Cree in 2002.

"I love to advocate and articulate Cree rights … to advance the Cree Nation as it moves toward greater control and autonomy over our lives," said Wapachee. He added he has a good understanding of the courts, the environment and forestry sectors as a result of sitting on various boards and committees.

"We need to play a greater role in development and management of our lands and natural resources."

Wapachee says one of the things he's most proud of was a decision in 2000 to live with his father and homeschool his three sons out on the land for an entire year so they could learn the Cree language and a traditional way of life.

For Donald Nicholls, this is his first race for elected public office after 13 years as the director of justice and correctional services for the Cree Nation Government. He also worked for four years before that in the executive office of former Cree Grand Chief Matthew Mukash.

With a masters in Indigenous knowledge and policy from the University of Arizona and four years toward a PhD, Nicholls was involved in some of the foundational work on the protection of Indigenous traditional knowledge both within the Cree Nation, federally and with UNESCO. He also has degrees in both common and civil law, as well as an economics and a business degree.

He says he was convinced to run for office by people who felt his experience and knowledge was needed in other realms of the Cree Nation Government.

"They said we need someone that has your skills and that has your work ethic and everything else at a higher level … so that we can move forward in the next four years," said Nicholls. He added that after thinking about it and speaking with family, he decided to put the decision in the hands of Cree voters.

More recently, Iserhoff spent several years as the director of health and social development for the Cree Nation of Mistissini and is currently the assistant director of youth protection for the Cree Board of Health and Social Services of James Bay.

He says in his time as deputy grand chief he worked on many files, such as policing, justice, the environment as well as protected areas and feels he still has more to contribute to building the Cree Nation at a regional level.

"I don't think I was finished with a lot of stuff that I wanted to do," said Iserhoff.

"I think I have the experience based on my work that I did locally … as well as when I was in political office. I have a lot of knowledge, as well as a good working relationship with the governments, both provincial and federal."