Dave Wapachee lived an out-of-the-ordinary mandatory 14-day self-isolation in a tent in the snow in the bush near his home community of Chisasibi in northern Quebec, after a visit to a COVID-19 hot spot in the south.

Dave Wapachee lived an out-of-the-ordinary mandatory 14-day self-isolation in a tent in the snow in the bush near his home community of Chisasibi in northern Quebec, after a visit to a COVID-19 hot spot in the south.

"I knew there were travel restrictions and I just thought that it would be very interesting for me to try camping out for a while," said Wapachee, 43, who had never tried anything like that before.

Before he left, he packed his tent, a sled and his snowshoes.

The Cree Nation Government requires anyone who has travelled to a COVID hot spot, or who works in "at risk" jobs, such as hydro work camps and certain mine sites, to self-isolate for 14 days when they return home.

(I wanted) to try to be self-reliant in the bush.- Dave Wapachee, Chisasibi resident

"I saw it as a good learning opportunity ... to try to be self-reliant in the bush," he said.

Wapachee arrived back in the territory on April 5, after a trip to Toronto to visit a friend undergoing cancer treatments. He made the trip before travel restrictions were tightened and before the border between Quebec and Ontario were closed to non-essential travel.

On the drive back, he bought the other equipment and supplies he would need to survive outdoors. 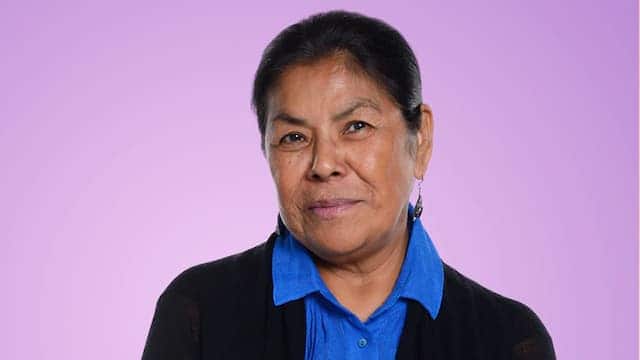 Winschgaoug (Cree)6:52Dave Wapachee's 14-day bush isolation (English)
When Dave Wapachee went down South, he knew he would have to self-isolate for 14 days before returning to his home in Chisasibi. So he brought his camping gear with him. We spoke with Dave about what he learned during his bush isolation. (In English) 6:52

He got permission from a friend to camp on her family's trapline, which is located north of the La Grande 1 hydroelectric generating station, about 35 kilometres east of the Chisasibi, and more than 1,500 kilometres north of Montreal.

"The first night I set up my tent on top of snow. It was kind of deep ... I got tired of having to put on snowshoes all the time," said Wapachee, who decided to dig out an area and put his tent in the middle. As the weather got warmer and the snow melted ... he dug out a bigger area.

Wapachee used his time isolating to learn ... listening to audiobooks, podcasts and reading. He also said he had plenty to keep him busy, between setting up camp, cooking and learning.

"I didn't really have any problems being by myself," said Wapachee, adding the lack of distractions helped him on a healing journey he's been on since 2015.

Not his most extreme experience

Six years ago, Wapachee almost died when his heart started beating at 240 beats a minute. He was diagnosed with ventricular tachycardia, a heart rhythm disorder or arrhythmia. It was the bottom of a long health spiral that began in 2001 ... when he was first told he had high blood sugar.

"After that happened, I started to make some changes," said Wapachee, who cut out carbohydrates, added fats to his diet, started walking regularly and cut out sugary drinks.

By this spring, Wapachee has lost more than 140 pounds.

"I experienced a lot of mental health problems ... like depression and anxiety. It was very serious. I could have died," he said.

Wapachee said his long healing journey and experiencing those dark times has made him feel more empathy towards others and think a lot about how he can help others facing mental and health challenges.

He said his time self-isolating allowed him to continue his own healing journey and read and learn more about how to live in a good way.

He said he thought a lot about traditional Cree ways during his time in the bush.

"One thing I was thinking about was the old ways and how much healthier [Cree people] were," he said.

"I see the old ways of living being much healthier."