A study looked at 1,538 forest sites that burned across North America's boreal region. It found that black spruce trees would often lose their dominance within a forest after a wildfire. One reasearcher said it could be a "harbinger of things to come in the future."

'The warmer and drier it gets ... the more of these ecological tipping points we will reach,' says study lead

An increase in wildfire activity across Canada is undermining the resiliency of black spruce trees, and is changing the makeup of boreal forests, according to a new research study.

Black spruce trees are found throughout North America's vast boreal region, which includes all three of Canada's territories and all 10 of its provinces.

The study, published in Proceedings of the National Academy of Sciences, found black spruce trees dominated most forest sites before a wildfire, but the species would frequently lose that dominance after a wildfire.

"We aren't seeing the spruce recovery that we expected to see," Jill Johnstone, a Yukon-based researcher, told CBC News. She was part of a team that looked at composition changes in 1,538 forest sites that burned in the region in the last 25 years. The study was led by Jennifer Baltzer, the Canada Research Chair in Forests and Global Change, out of the Wilfrid Laurier University in Waterloo, Ont. 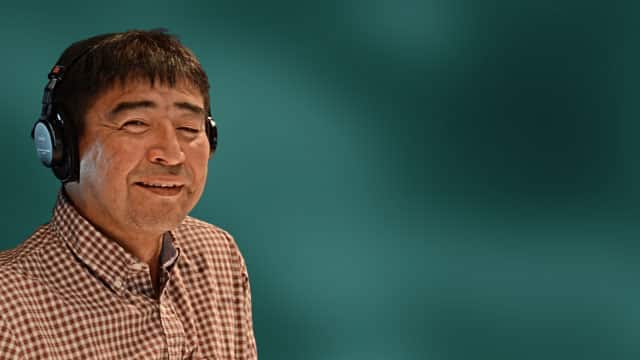 Midday Cafe11:29New study says black spruce trees not as resilient after forest fires as in past
Yukon University researcher and co-author of paper says it could affect animals like caribou.

Spruce regeneration completely failed, according to the study, in 18 per cent of the 1,140 black spruce sites that were studied.

"Black spruce is a fire-adapted species that has dominated the boreal landscape for millenia," Baltzer said in a media release. "But the cumulative effects of a drier, warming climate plus increased fire activity is pushing black spruce to the point that it's not able to maintain dominance on the landscape.

"This is really strong evidence of a tipping point in this ecosystem that's likely to shift it to a different state."

Johnstone said a "bunch" of the data used during the study came after the 2014 wildfires in the Northwest Territories. The data shows that more deciduous trees, like birch, poplar and aspen are growing in the area now, she said.

When there's a forest fire, explained Johnstone, trees release seeds from their cones. Then, in the years that follow, the seedlings grow and the forest is rejuvenated.

"What we're seeing is that that's still happening for jack pine, but it's not playing out that way for black spruce anymore."

And the reasons why, said Johnstone, are two-fold.

"An established tree has ... all these roots, [it] has a big canopy. It's actually pretty resilient to the direct effects of climate. But if you kill that tree, and now it has to regenerate as a tiny seedling, those seedlings are much more vulnerable to adverse, dry, summer conditions and they can die."

The roots of black spruce trees are, explained Johnstone, often "perched" above pieces of cold and sometimes frozen soil that's close to the earth's surface.

"In a dry or hot summer, [the roots] can actually dry out and the trees experience drought stress," she said. "[Black spruce] grow worse during a really warm summer."

The other big factor, she said, is that because fires are happening more frequently — black spruce trees are burning before they're mature enough to have grown cones with new seeds.

A 'harbinger' of what's to come

Johnstone said it's hard to know how things have played out in the past, but researchers believe this result was "relatively uncommon prior to this period of climate warming."

They also think it's a "harbinger of things to come in the future," she said.

"Poplar and birch forests don't burn as readily as the spruce forests," she said. "[What] I'm most excited about looking at in the next couple of years is whether these changes, particularly from black spruce to aspen or birch, might affect the way fires burn across our landscape."

A change in dominant tree species could slow down the increasing rate at which wildfires are burning in the boreal region, she said.

The new findings also raise further research questions about how changes in the boreal forest will impact caribou that forage for lichen in black spruce forests during the winter or the way that carbon is sequestered within the forest floor.

Baltzer said the results are a "wake-up call" that indicate a need to reach net-zero gas emissions to help stabilize the climate system.

"The warmer and drier it gets, the bigger and more severe wildfires will be and the more of these ecological tipping points we will reach," she said. "We need to work together to avoid this future."

Liny Lamberink is a reporter for CBC North. She moved to Yellowknife in March 2021, after working as a reporter and newscaster in Ontario for five years. She can be reached at liny.lamberink@cbc.ca

With files from Lawrence Nayally and Leonard Linklater