What you need to know about wildlife photography in N.W.T.

Some residents were shocked to learn government permission is necessary in the N.W.T. before snapping and selling animal photos.

An N.W.T. photographer was warned after filming a bear without a permit; CBC looked into the rules

N.W.T. creatives are laying into the territorial government after an Inuvik photographer was cautioned by the Department of Environment and Natural Resources (ENR) for posting his drone footage of a grizzly bear online.

That photographer, Kristian Binder, runs Eighty One Images, a business that sells calendars, mugs and other items printed with his nature photographs. The department says anyone taking photos or video of wildlife for commercial purposes must get a permit.

This was a revelation to Binder, and to many online. They were stunned to learn government permission is necessary in the N.W.T. before snapping and selling wild animal photos.

"Anyone can sell their photo but it seems like it's people with legit registered businesses that get nailed," commented one Facebook user.

"If a tourist drives the Dempster [Highway] and sees and photographs a bear on the highway, and then a magazine prints it, should the tourist contact ENR and obtain a permit?

"If Inuvik reindeer are considered wildlife, ENR better start making calls to photographers now because they will be busy till Christmas."

CBC News zoomed in on the rules for wildlife photography in N.W.T.

What does the law say?

The territory's Wildlife Act bans anyone without a licence from offering an "organized activity for profit" in which big game is "the object of interaction, manipulation or close observation, including the making of a film or the provision of an expedition, safari or cruise."

This relatively new provision came into force in 2014.

What's the point of this rule?

Rob Gau, manager of biodiversity conservation with Environment and Natural Resources, says the goal is to provide some protection to animals and the business people who capitalize on them.

"We want to make sure that the tourism operators, and the professional photographers and ... maybe BBC Earth, coming up and filming a documentary out here, know what they're doing," said Gau.

This may mean adhering to conditions set by nearby communities, and keeping a certain distance from the animals they're trying to capture, he says.

What if your photos aren't for sale?

Then you don't need a permit.

Gau says people out exploring nature who happen to come across a muskox, for example, can go right ahead and take a photo — no permit necessary.

"But it's a different sort of activity when you're going out and intentionally trying to find a big game species, like a bear and like a moose, and getting into close contact trying to take a picture and then selling that picture for profit."

So this permit, how much does it cost?

An application form is available on the department's website. It asks applicants, among other questions, to describe where they'll be shooting photos or videos, for how long they'll be out there, and what species they expect to capture.

According to Gau, applying for a permit is "not an onerous task whatsoever."

What else should wildlife photographers know?

Photographers and filmmakers should keep a safe distance between themselves, their equipment, and their animal subjects.

"A lot of professional photographers have huge, giant telephoto lenses and can really take some amazing photographs from 500 metres away and wildlife doesn't know you're there," said Gau.

But drones can get really close and disturb wildlife.

"If the animal knows that you're there, it's changing its behaviour and you're too close." 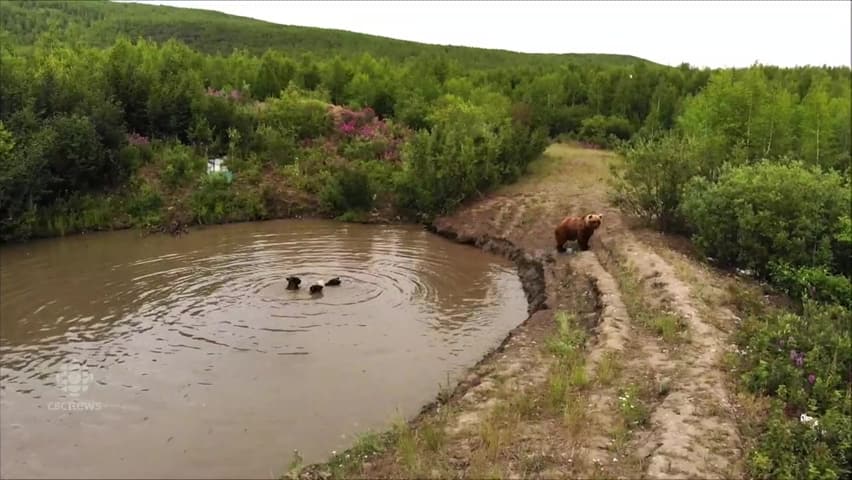 Written by Sidney Cohen based on an interview by Alyssa Mosher