Researchers say ice shelves in the Canadian Arctic are breaking up and changing at an unexpectedly fast rate. 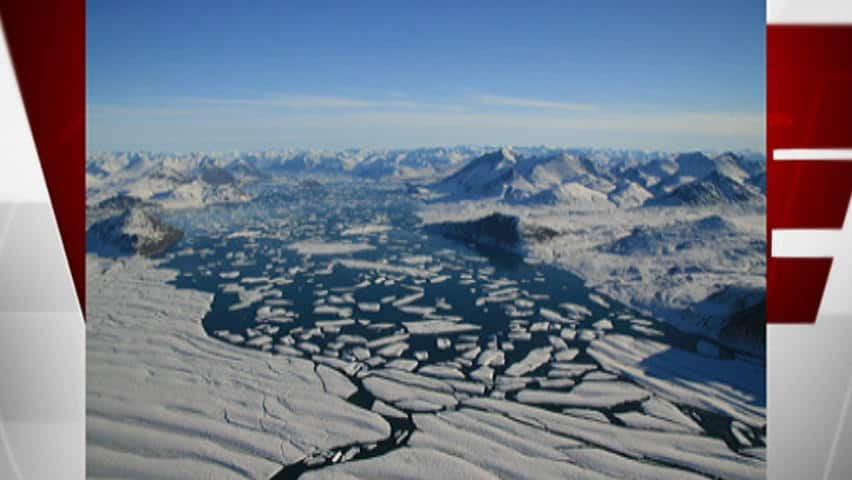 CBC News4:05Massive ice loss
According to two Ottawa researchers in the summer of 2011, 3-billion tonnes of ice disappeared in the Canadian Arctic.

Researchers say ice shelves in the Canadian Arctic are breaking up and changing at an unexpectedly fast rate.

They say the region lost almost half its ice shelf extent in the last six years. This summer alone saw the Serson ice shelf almost completely disappear and the Ward Hunt shelf split in half. The ice loss equals about three billion tonnes, or about 500 times the mass of the Great Pyramid of Giza.

"This is our coastline changing," says Derek Mueller, from Carleton University’s department of geography and environmental studies. "These unique and massive geographical features that we consider to be a part of the map of Canada are disappearing and they won’t come back."

The researchers say the reason for the change is a combination of warmer temperatures and open water. The ice shelves were formed and sustained in a colder climate. The researchers say their disappearance suggests a possible return to conditions unseen in the Arctic for thousands of years.

Arctic ice shelves are old and relatively rare. They are much different from sea ice, which is typically only a few metres thick.  Ice shelves can measure anywhere from 40 to 100 metres in thickness. They formed over thousands of years as a result of snow and sea ice build-up, along with glacier inflow in certain spots.

Ice shelves in Canada are usually found along the northern coast of Ellesmere Island.

Luke Copland from the University of Ottawa’s department of geography says that since the end of July, huge pieces the size of Manhattan Island have broken off and could threaten oil rigs in the Beaufort and Chukchi seas.

Mueller and Copland used satellite imagery to compile their research. They found ice shelves have shrunk almost every summer since 2005.