Some boaters have recently noticed that the water in the East Arm of Great Slave Lake had turned muddy, and they say it's unusual. The territory suspects it could be a 'sediment plume' from high waters in Slave River.

People boating on the Northwest Territories' Great Slave Lake have noticed a change in the water's appearance recently.

A section of the East Arm of "The Big Lake," as it's locally known, has become muddied and brown.

Steve Ellis of Yellowknife said the lake was "pretty normal" in July, but he noticed the murky water during the second week of August.

Ellis said he visits the East Arm every summer, and has been doing that for about 20 years and has never seen that.

I started dodging logs that were floating on top of the water.- Kyle Enzoe

He said when he approached the main expanse of the lake, he saw a pretty clear demarcation line into the cloudy water.

"It was impenetrable murk," said Ellis.

He said he suspects it's coming downstream from the Slave River, which flows from Alberta into the N.W.T.

"What I worry about is that this is a pristine clear lake ... [so] what does this mean for fish? What does it mean for habitat there?"

Longtime boater Kyle Enzoe from Łútselk'e also noticed the change in the water.

Enzoe said he had a close encounter with some of the debris floating in the murky waters.

"I started dodging logs that were floating on top of the water. There was a little bit of waves, [but] not serious," he said.

Enzoe said his boat hit a log and his motor cranked to the right and "almost capsized [his] boat." He was able to slowly pull to shore and saw his boat was damaged.

"The sticks, I've never seen it go that far," said Enzoe, about the tree debris floating on the lake. Enzoe said he was able to make it back home safely. 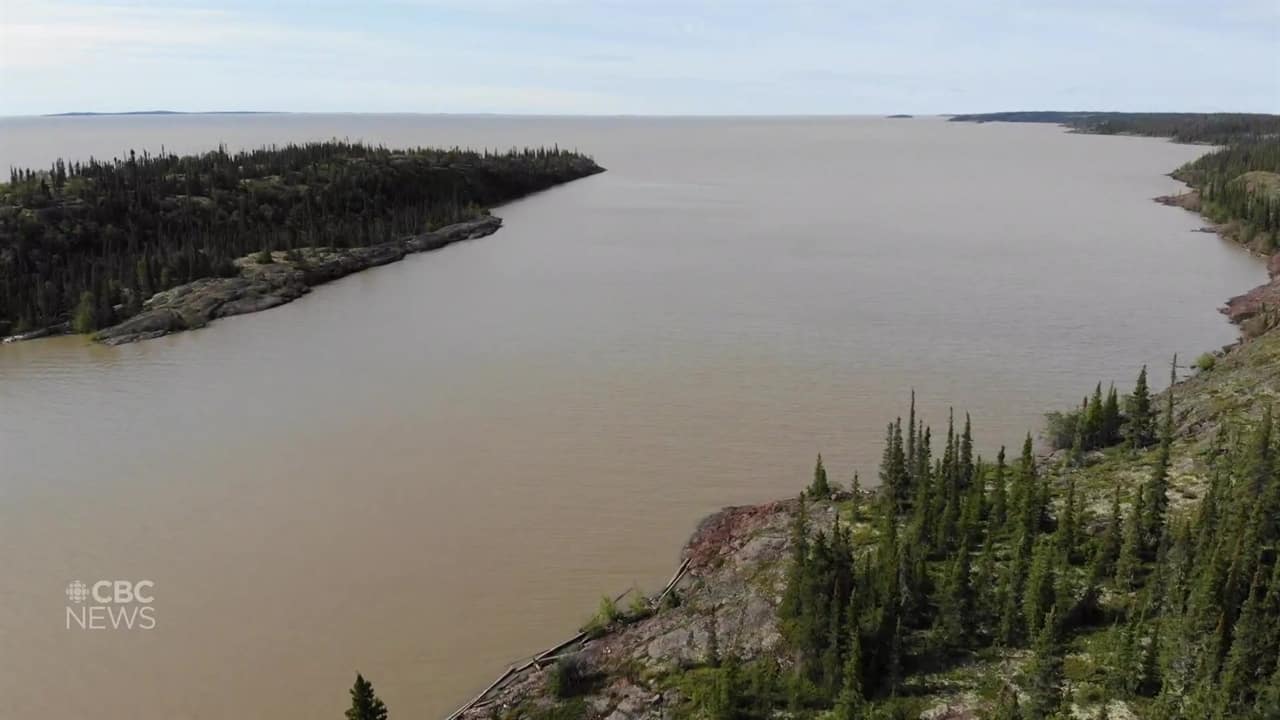 7 months ago
1:03
Locals have noticed the East Arm of Great Slave Lake has become muddied and brown. 1:03

The N.W.T. Environment and Natural Resources Department sent an emailed statement to CBC and said it's aware of a "sediment plume" in the East Arm.

"The department believes the high water levels, especially from the Slave River, are creating the sediment plume," it states.

The department said it is sampling the water in the East Arm, Slave River, and Slave River Delta.

"These samples are necessary to get a better understanding of the sediment plume and to gather more information on this occurrence."

Written by Priscilla Hwang, with files from Loren McGinnis