A beluga whale was spotted Tuesday in the River Thames, feeding near a number of barges. The whale, which normally resides in Arctic waters, was an extremely rare sight in Great Britain, with onlookers gathering to get a glimpse.

Officials say there have only been 20 sightings of belugas on U.K. coast, but this may be the most southern 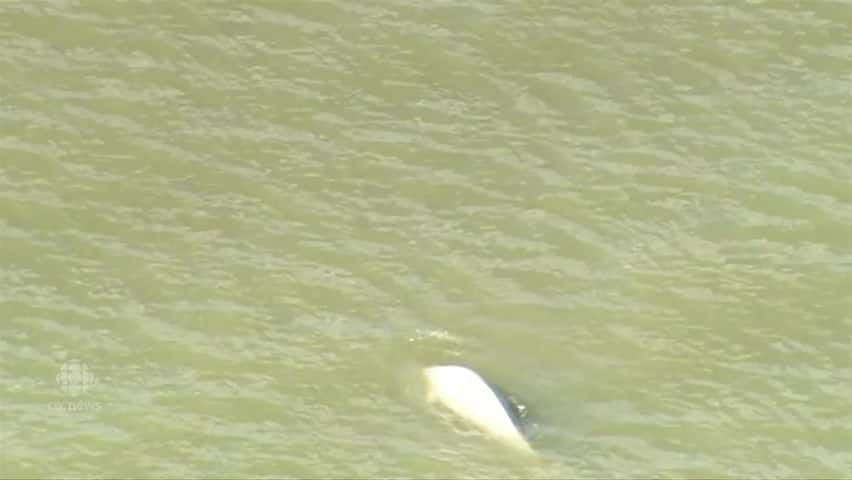 2 years agoVideo
0:50
A beluga whale was spotted Tuesday morning in the Thames River near London, marking a rare sighting in Great Britain. 0:50

A beluga whale was spotted in the River Thames outside London on Tuesday, officials said.

The unusual sighting happened in the Gravesend area about 50 kilometres east of London. It was reported to be feeding near a number of barges.

TV news helicopters filmed the white whale from the air as officials asked the public not to get too close to the animal.

The Whale and Dolphin Conservation group said that beluga whales are identified by distinctive white markings and are typically found farther north.

"Beluga whales inhabit cold, Arctic waters off Greenland, Svalbard and in the Barents Sea," the group said in a statement. "There have only been around 20 sightings of beluga whales off the U.K. coast previously, but these have occurred off Northumberland, Northern Ireland and Scotland."

A beluga was last spotted in the United Kingdom three years ago, off the coast of Northern Ireland.

The RSPCA animal welfare group said that it's "working with other agencies to monitor the situation" and sent researchers to the scene. It says it is ready to provide help to the whale if asked to do so by other agencies.

The River Thames, one of the longest rivers in England, runs through several major cities and towns, including London, Oxford and Windsor.