Behchoko boy, 14, takes his own life after bullying

The funeral for 14-year-old Christian Migwi will be held this afternoon in Behchoko, N.W.T. His mother says he was a victim of relentless teasing and cyberbullying after moving to Edmonton. 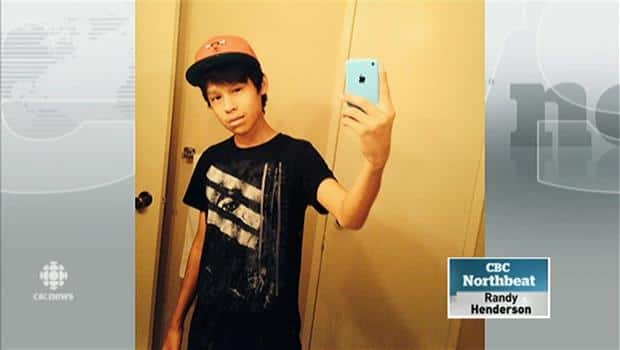 Behchoko boy, 14, takes his own life after bullying

The funeral for 14-year-old Christian Migwi will be held this afternoon in Behchoko, N.W.T.

His mother, Jennifer Migwi, says he was a victim of relentless teasing and cyberbullying after moving to Edmonton three years ago with his family.

Christian took his life on Nov. 1, while his mother was at work.

"I miss him so much and I really wish he was in my arms, and I pray for him, and I want him to pray for us and everyone else to give us strength."

Migwi said most of the bullying came from young people in the North, who teased her son on Facebook about moving to Edmonton. She said Christian would try to delete the posts before she would see them.

She said her son's new school was aware of the bullying and offered counselling.

He went for one session, but was shy and didn't say much.

Experts are often reluctant to draw a direct link between bullying and suicide, because of the complex factors at play. A study released in 2012 suggested that cyberbullying is rarely the main cause of suicide.

But the online taunting is unacceptable, his mother said.

"Everybody should stop,” Migwi said. “If you look on his Facebook page, you can see that a lot of people are hurting. He is missed by a lot of people. The bullying has to stop."

Christian leaves behind his mother, father and two younger brothers, Hunter, 6, and DJ, 4.

"DJ is a bit young to understand everything. When we told Hunter, he broke down … and now he understands."

The funeral begins at 2 p.m. today in Behchoko at St. Michael's Parish.

A feast, hand games, and a drum dance will follow.