Agnico-Eagle Mines has pledged $5 million to help kickstart the founding of a university in Nunavut. 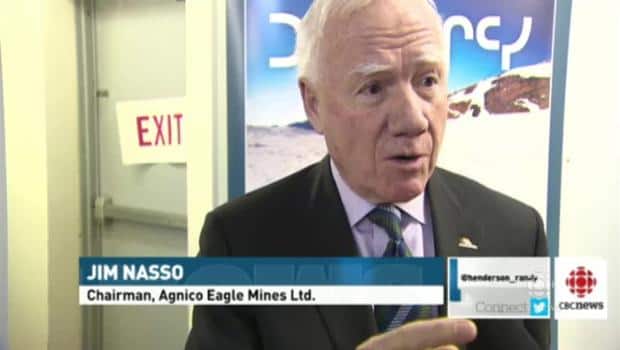 Agnico-Eagle Mines has pledged $5 million to help kickstart the founding of a university in Nunavut.

The mining company's endowment is conditional on the creation of brick-and-mortar school facilities.

"We're the only circumpolar nation without a university [in the Arctic]. and we're a G7 nation, and I think that's scandalous," said Jim Nasso, chairman of Agnico Eagle. "It's about time something happened, and it's happening."

So far there's no price tag for the project, no timetable for construction and Nunavut's Department of Education hasn't chosen any potential locations.

"We cannot really elaborate on how it's going to be done but I believe it's a matter of getting all our partnerships together to get this to become a reality for the sake of our children and our grandchildren," said Paul Quassa, Nunavut's Education minister.

The territory will seek federal funding for the project.