A St. John's woman is warning others about what she says happened to her while walking home from work in the downtown area on Monday afternoon. 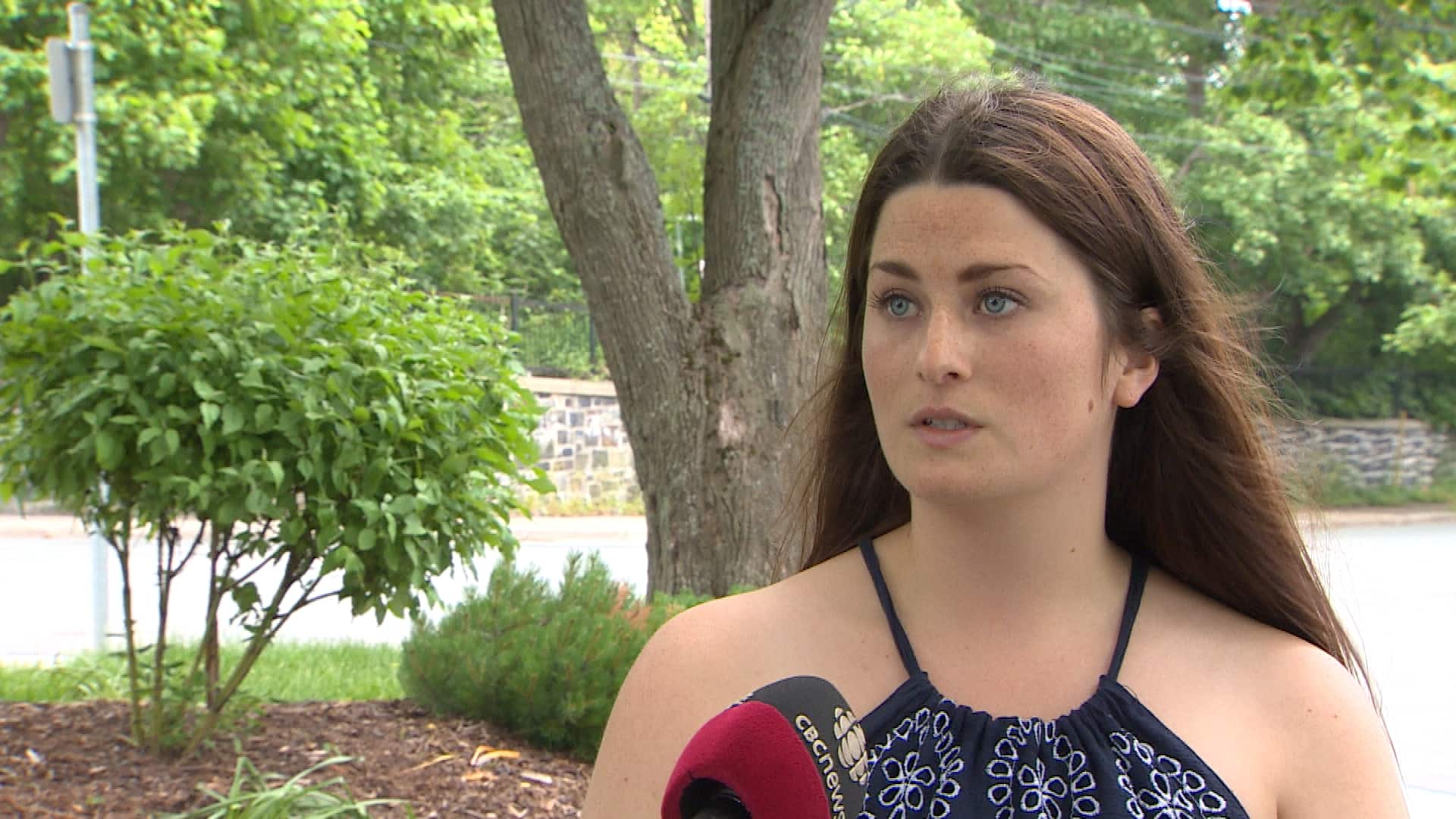 A St. John's woman is warning others after being grabbed while walking home from work in the downtown area Monday afternoon.

Mia Penney, 27, was on Long's Hill around 4 p.m. NT when she noticed a man eyeing her as she was coming down the hill.

"I walked out and gave myself a little bit of distance in between me and him because I got a bad feeling about him," Penney said.

"He reached out and grabbed my arm and said, 'Where are you going? You're coming with me,' and I pulled my arm back."

Penney said the person who grabbed her was "a tall slim man" who had "a blue plaid long-sleeved shirt on and he was dark-skinned."

He reached out and grabbed my arm and said "where are you going? You're coming with me."- Mia Penney

She yelled at the man to let her go and as she did, she looked up and made eye contact with a second man in a van nearby who she said quickly looked away.

"I realized at that time that he was probably an accomplice," Penney said.

"I ran down the hill and basically ran until I got to the [National] War Memorial where there were lots of people around and called a friend to come pick me up."

She said the man was aggressive and had a firm hold on her, but the incident left no bruises or marks.

Penney feared she would be taken into the van.

"I was scared," she said. "[It] took me a while to calm down and process everything, [I was] just kind of worried."

Prostitution in the area

Penney said the area is known as a "hot spot" for prostitution, and she has heard instances of catcalling, but she has never heard of anyone being physically touched or grabbed before.

"I think he wanted something from me," she said.

"It seemed like sexual harassment if it went any further, if he had a hold of me and could put me into a van. I think people are aware of what goes on in this area and take advantage of that."

I think people are aware of what goes on in this area and take advantage of that.- Mia Penney

Penney said she likely won't walk alone for a while and feels much less comfortable in the area.

"It's very sad to feel that I can't walk alone anymore, I'm scared to walk down certain roads."

Penney gave a statement to the Royal Newfoundland Constabulary, but has yet to hear a response from police.