It's World Oceans Day and the focus is on plastic pollution

Wrappers, bags and bottles are scattered around the shores, and some of that trash will inevitably end up in the ocean.

Municipalities N.L. pushes once again for a provincial ban on plastic grocery bags

Wrappers, bags and bottles are scattered around the shores of Newfoundland and Labrador, and some of that trash will inevitably end up in the ocean.

"People leave it on the beach and it sweeps out or the wind will blow it in," says Keira O'Keefe, a Grade 5 student learning about the aquatic environment as part of World Oceans Day on June 8.

O'Keefe and other students were at Middle Cove Beach on Thursday, learning about local aquatic life and this year's World Oceans Day theme: marine debris.

"It's a really important issue, it's a large global problem," said David Tipton, with the Oceans Learning Partnership. 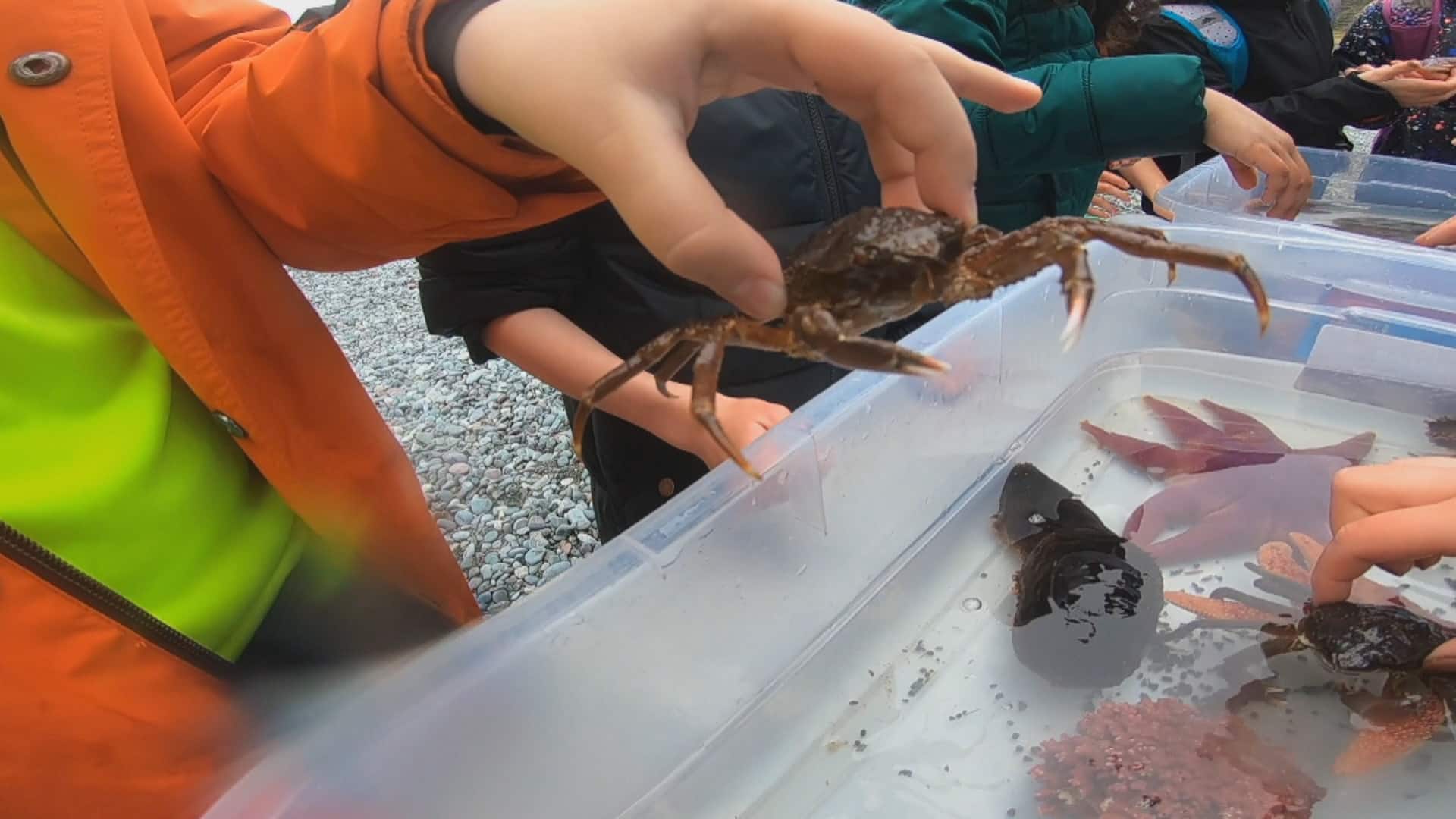 Tipton was part of a World Oceans Day events on Thursday and had groups of students clean up Middle Cove Beach and meet people who work in and around the ocean.

"They're hands on with the touch tank … we have a wonderful table from [the Department of Fisheries and Oceans] that really helps show when you add something to the land-based environment how that all flows down into the ocean," saiod Tipton.

MNL wants a provincial ban on single-use plastic grocery bags and is encouraging people to "tweet along" and share their opinion.

"These bags don't biodegrade. They break down into millions of tiny pieces of micro plastic," Pollett told CBC's CrossTalk.

"They're always in the ecosystem, in our water, being eaten by animals that we eventually eat."

Pollett acknowledges there are many pollutants introduced to our natural environment, but believes plastic bags is one of the easiest to eliminate.