A report released Wednesday says not only are women are still under-represented in key roles in Canadian film and television, but in web series and as actors as well. 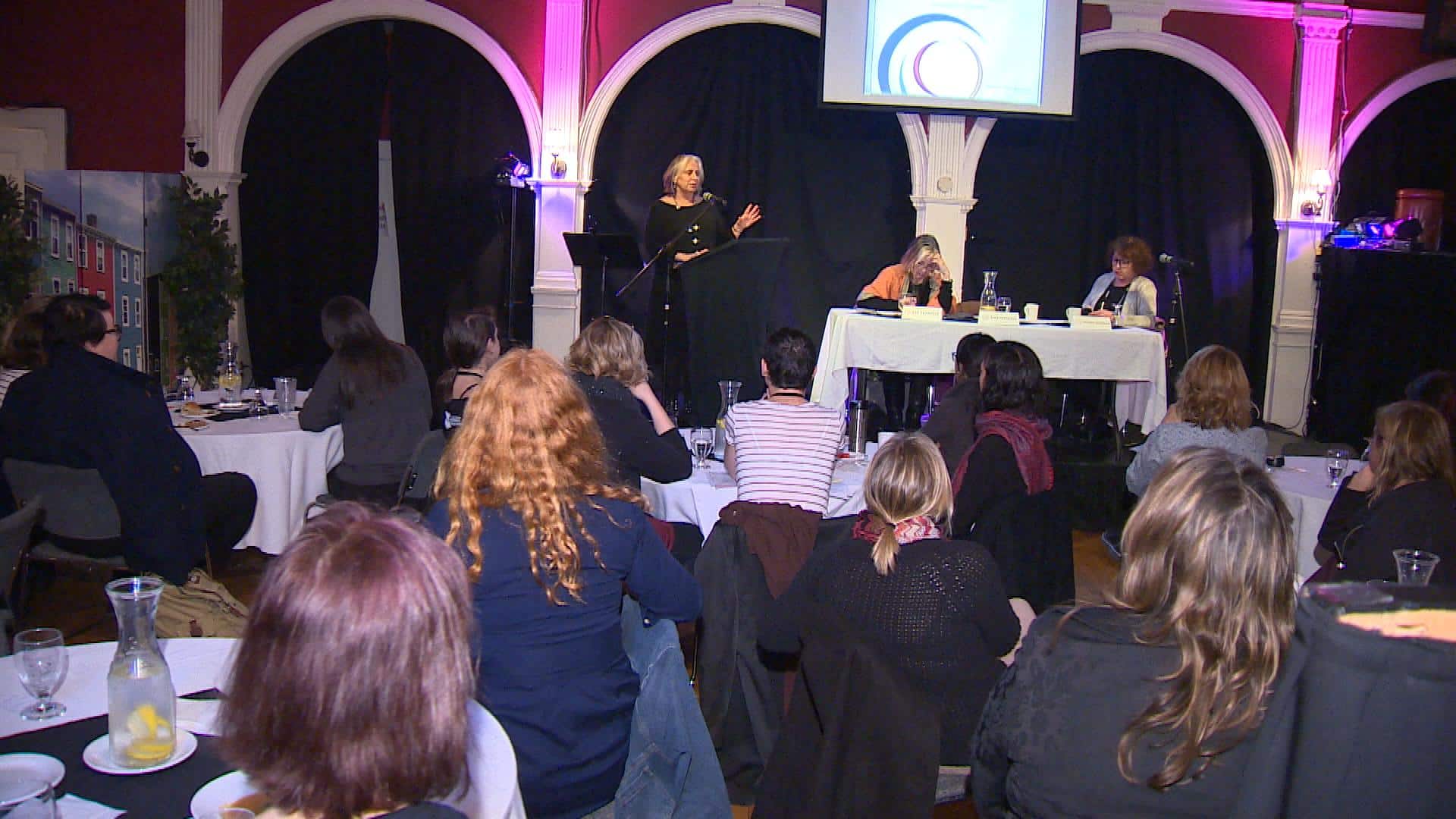 5 years ago
2:08
The group - Women in View released new research on the under-representation of women in key creative roles in Canadian film, television and web series production. 2:08

A report released Wednesday says, not only are women are still under-represented in key roles in Canadian film and television, but in web series and as actors as well.

The annual report — released in Toronto and St. John's at the St. John's International Women's Film Festival (SJIWFF)— shows while awareness and concern about gender equity in the screen industry has grown, the number of women working as directors, screenwriters and cinematographers in Canadian feature film and television —and now in web series — is still low.

And for the first time since the first report was produced in 2012, it includes numbers about women working in web series and as actors. And the headline hasn't changed.

"It's really discouraging and … the evidence shines a lens on what needs to be done."

Golfman said now that the evidence exists, policies have to be developed that encourage equal treatment. While many of forms of institutional life in Canada do this, she says, the film industry needs to catch up.

"If you don't want to go the length of quotas, which I would be perfectly happy to do, at least have policy that ensures balance and oversight. Who is getting the money to to make films in this country? Who is being encouraged?" Golfman said.

"This is practiced in a whole variety of ways in the service of equity in the workplace. If government is doing the funding, government should be practising the policies."

In the film industry, the report says 17 percent of directors, 22 per cent of  writers and 11 per cent of cinematographers are women.

Not one of 239 TV episodes employed a female cinematographer.

Golfman said  the "one cheery note" was Atlantic Canada — with the largest percentage of women in the director's chair at 33 per cent.

The new information from web series productions between 2010 and 2014, including 36 series comprising 623 individual episodes, showed:

"People from St. John's, all around the province, Atlantic Canada and the world are assembling here to see what women have come up with lately," said screenwriter and filmmaker Patricia Rozema, whose latest movie Into the Woods opened the St. John's International Women's Film Festival.

"Half of the human population — and more! — is female. And yet a tiny portion of the films made — or TV shows or web series made —are made by women," Rozema said.

'I want to play all these things'

As well, the report contains numbers about female actors in 76 live-action feature-length films:

Naomi Snieckus, a co-founder of the National Theatre of the World improv troupe and actress whose credits range from sitcoms (Mr. D.) to horror (Saw 3D), said gender inequality in film and TV needs to be "called out" and discussed in the open.

From her own experience, she noted that roles originally written as male can often be rewritten as female, for instance."

"[Change] starts with being represented in intelligent, funny, interesting roles as opposed to just sexy, or ditzy or cute -- which absolutely have their place. As a female comedian, I want to play ditzy and silly or goofy, but I also want to play smart and conniving and wicked," she told CBC News in Toronto.

"I want to play all these things, and that's our job."