One of the last Newfoundland and Labrador veterans of the Second World War has died.

One of the last Newfoundland and Labrador veterans of the Second World War has died.

Reverend Wesley Oake died in Gander on Sunday. He was 96.

Speaking to CBC last year, he described Christmas 1944, when his regiment was dug in all winter, and the time he spotted something in the snow.

"A mother and a baby, wrapped up in her arms, dead, frozen in the snow. That's about the worst thing I had to contend with when I was in the war," he said.

"It was desperate, what people lived through."

Oake grew up in Beaumont and Robert's Arm in Notre Dame Bay.

Serving with the 166th (Newfoundland) Field Regiment in the last three years of the war, he saw action overseas in England, Africa and Italy.

Oake spent the majority of his time overseas in Italy, at times living in a henhouse. 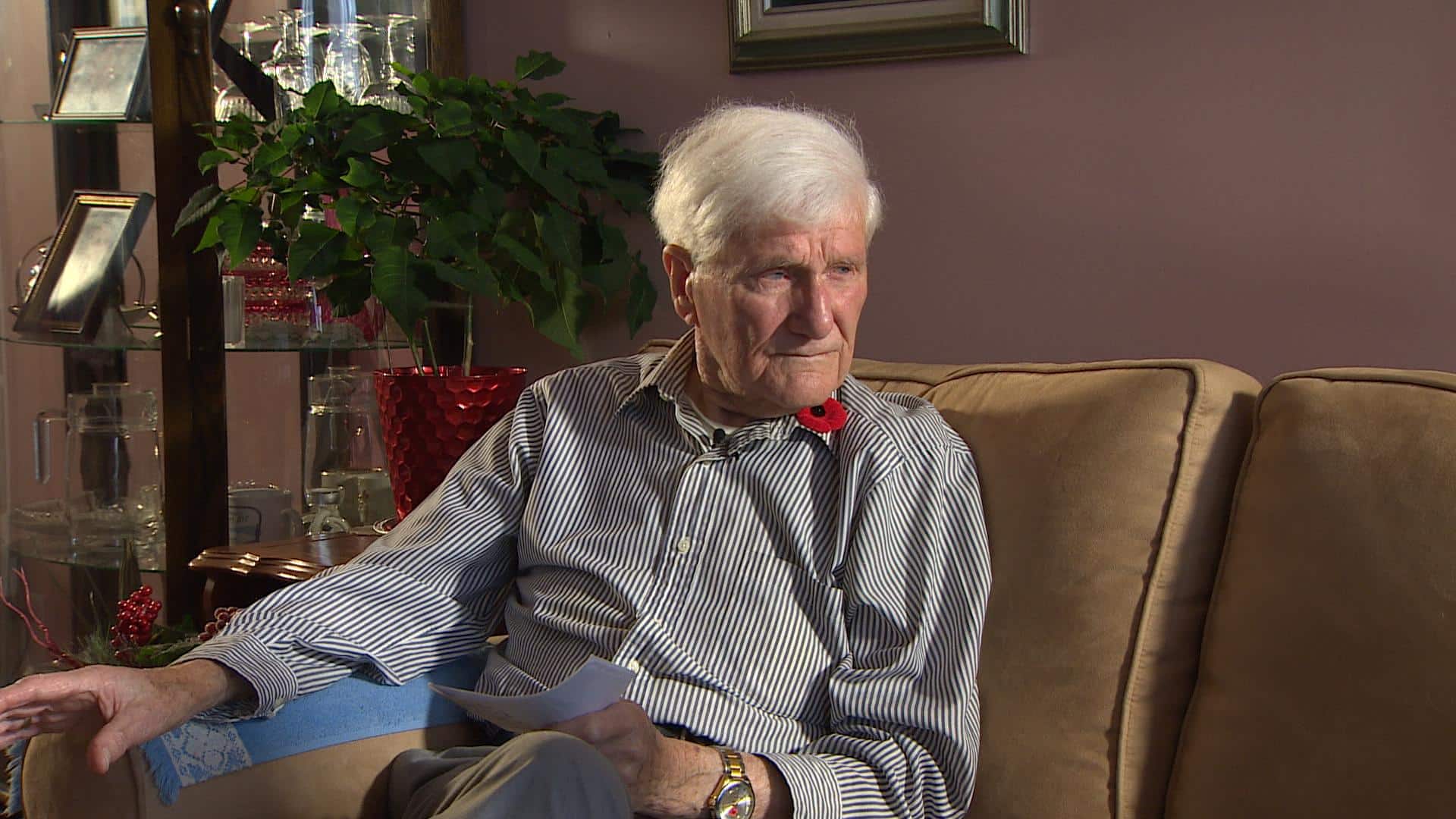 3 years ago
6:14
Wesley Oake, 95, tells some of his more heart-wrenching memories of time spent fighting overseas during the Second World War. 6:14

He was ordained a minister with the United Church of Canada in 1965 and had ministries in Newfoundland and Ontario before semi-retiring in 1987.

Louis Pearce, former president of the Royal Canadian Legion in Gander and current services officer, says Oake was an inspiration to all who met him.

"He showed us that anything could be done, regardless of how difficult you thought it was."

Oake proved that to the world when at age 92, he skydived from 10,000 feet to raise money for Gander's Heritage Memorial Park. That event raised $35,000.

Oake also stayed active in the legion, working as the 2nd visiting officer and chaplain with the branch.

He leaves behind many family and friends, including his wife Myrtle. They would have celebrated their 72nd anniversary Sept. 25.