If the economy is slumping, what does the Avalon Mall know that we don't?

With a few dozen new tenants in the wings, Newfoundland and Labrador's largest mall says it will continue to be fully occupied.

With a few dozen tenants in the wings, the mall says it will continue to be full

The Avalon Mall is, shall we say, in slings.

On one end, the mall has opened its new parking structure, on the north side of O'Leary Avenue. It has room for 650 cars, which is more vehicles than you'll find in some small towns, and it doesn't include the other lots that surround the mall.

At the other end, though, where Sears used to have its largely dormant and rather huge space, it looks a bit like a war zone. Much of that wing has been torn down. It may have been part of the original mall that opened in the '60s but there's no sentimentality about its heritage.

It's gone. And coming soon will be a whole new design that mall owners Crombie REIT expect will pull in shoppers for years and years to come.

A year ago, there seemed to be a cloud over the mall. Sears — which had all the charm and vim of a cellblock by the time it closed — was on the way out, and it was unclear what, if anything, could replace it.

When I wrote about it a year ago, I noted that stores have been coming and going at the Avalon Mall pretty much since the day it opened, and that only a handful of first-generation retailers are still around to ring up your purchases.

It turns out that Crombie, which runs shopping centres near and far (its local properties include Sobeys complexes, plazas on Torbay and Topsail roads, and Woodgate Plaza, to name a few), has had big ambitions for the mall.

The Sears departure just cleared the deck for the makeover that's been underway for months. Once the Sears space is trimmed, Crombie is planning to build in front of it, with units that will range in size. The artist's conception shows what seems like a courtyard vibe.

It looks like the mall won't be starving for new tenants.

A few months ago, a Crombie official told a trade publication that when its $54.5-million upgrade is done (that's a lot of millions of dollars, by the way), the mall will continue to be as full — which, somehow, it's always been, through good and bad economic cycles.

"We're really the only centre in the province. So adding 36 sounds like a lot but we've got a waiting list."

A waiting list. (That said, Crombie's website lists four potential leasing opportunities at the Avalon Mall, from a major space to one of those kiosk-like spaces in the Marketplace area.)

There's no word yet on who exactly will be taking up new space, but it's clear that the department store anchor on which malls have relied on for years past is over.

Intrigued, I poked around Crombie's website and looked at demographic data and market information that it supplies to potential tenants.

Among the things I found: Crombie expects the population of its catchment area (extending to a radius of 20 kilometres) to grow. The population in that radius was almost 184,000 six years ago; by 2022, Crombie projects a population of 208,250.

The company also expects more households to be built, too.

These are not the numbers of a rosy political speech; it's just a chart in a packet for people weighing business decisions.

The conventional wisdom I hear from lots of people is that the economy is in a slump. There are certainly worrisome indicators: the unemployment rate has increased. Housing values took a dent.

But the folks who own the mall, and who lease there, are all banking on a set of figures that present a different view of the economy.

Something to think about as you navigate the crowds during the busiest month of the year.

That's a big catch for newcomers

One morning this week, I was craving — I mean, really craving — a coffee as I was on the bus to work, so I took a detour and stopped at the Tim Hortons in the Aquarena. Just being in the line put me in mind of a story we did some years ago about a young Jamaican student at MUN, whose singing was just infectious. 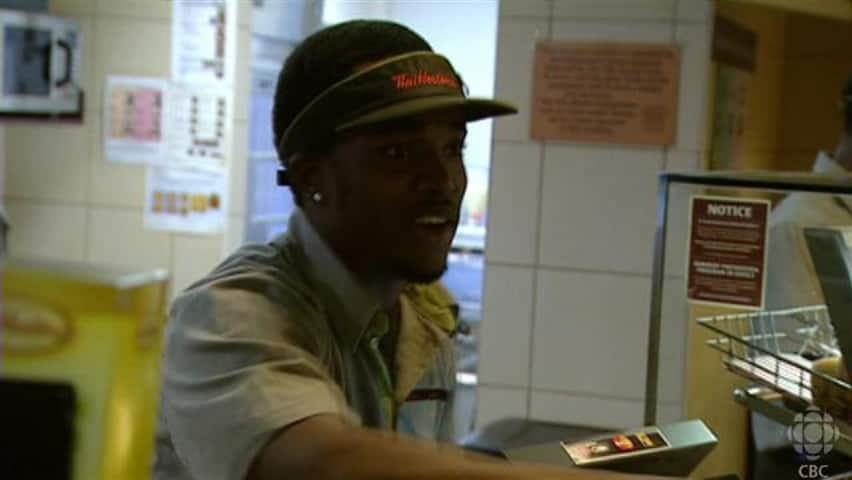 The weirdest coincidence happened when I got to the office: I learned that Ariana Kelland had been in touch with Machel Rayner … and had a burner of a story. Ariana had simply been curious about what Rayner was up to, and was astonished to learn he had to leave.

Ariana's story, which we published Thursday, turned out to be one of the most widely read CBC stories in the country that day.

At the nub: many people could not believe Rayner, who has clearly found a home for himself here, is being told to leave because he violated a rule of the Newfoundland and Labrador Nominee Program by taking a job in Halifax. The idea of the program is that you get sponsored to stay here, and are expected to stay (thus fulfilling the long-term goal of bringing up the population).

Rayner, who is a personal trainer, lost a chunk of his income when his employer cut back on a program.

Losing hours or income? Well, that happens all the time to plenty of people in the workforce in Newfoundland and Labrador.

Rayner, though, got severely penalized. Which made us think about options for people in that situation: would it have been preferable for him to stay and, say, become dependent on social services?

It's hard to see how that would be a preferable option, for either side.

In any event — and no doubt because of the wide exposure Ariana's reporting received — Machel Rayner now has his work permit reinstated. (And he got some job offers, too.)

It's your weekend; you've earned a break. Grab a coffee or tea and enjoy some great reading. Here are some recent pieces we've published you might have missed.

Buying gift cards to stuff some stockings? Know the rules — including that they generally don't expire. [See Jen White's video below, too.] 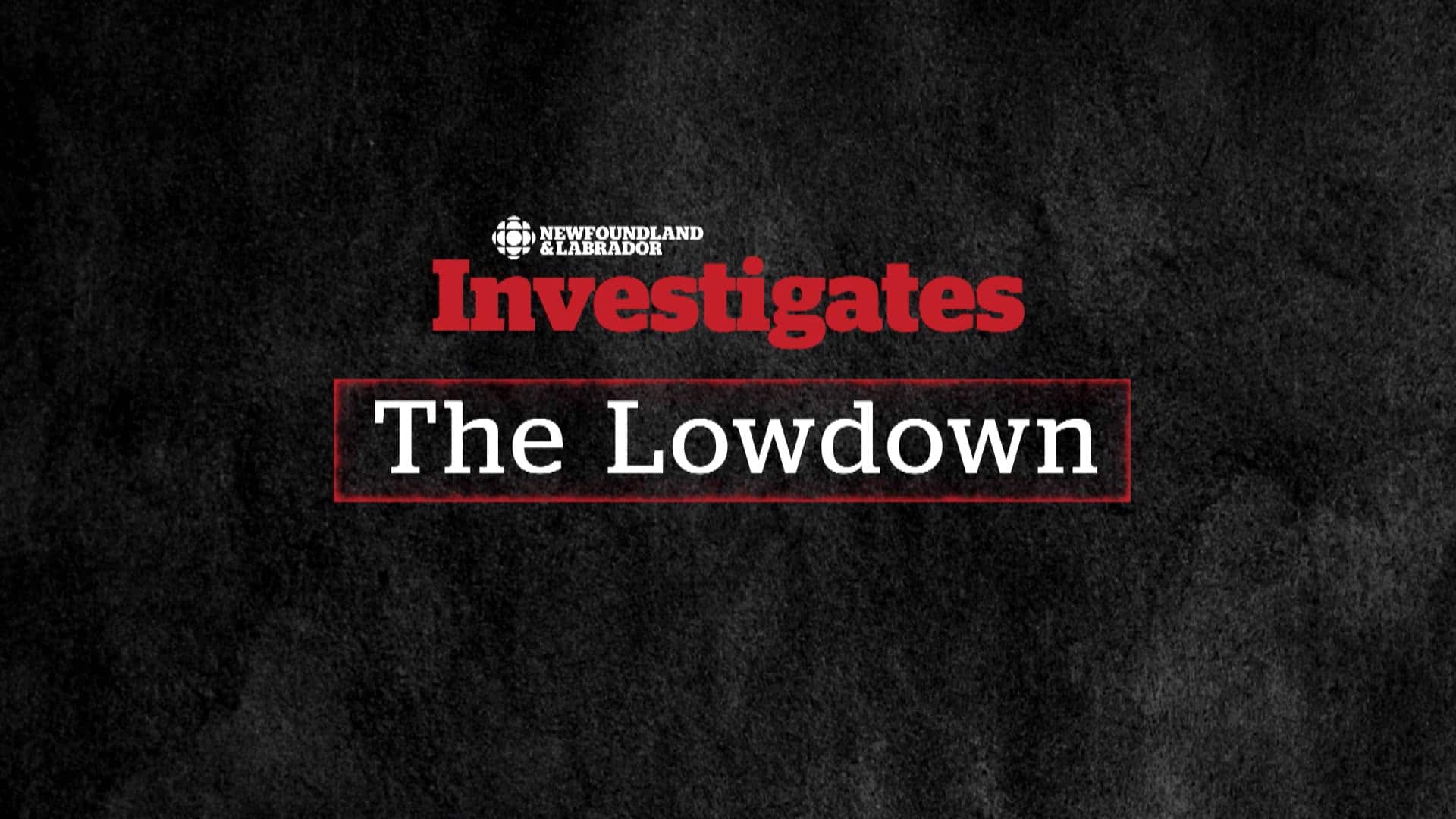 The Lowdown: What you need to know about buying gift cards in N.L.

Coincidence? The mystery company that's leasing land near Robin Hood Bay to Canopy Growth used an address in an office suite at 7 Plank Rd. when filing for city permits — the same suite where the well-connected Dean MacDonald runs several firms.

Speaking of shopping, Wanita Bates talked to sales clerks. Her interviews led to one of our biggest pieces in the last month.

Usually, things get clogged when part of a job form is left blank. Not in the Carla Foote case.

Alyson Samson's essay on suicide, a family's grief and the dread of the holiday season is powerful stuff.

A dubious statistic: Newfoundland and Labrador uses restraints on seniors in long-term care about twice the national average.

Diamond grills, a fixture in hip hop videos, were among the bounty the Mounties put on display after a huge drug bust.

One of the oldest farms in the province is getting a cutting-edge upgrade.

Chris Andrews is so cool, his beard makes the news.

A happy ending for a lost wedding ring.

Quote of the week

"I felt surprised. I felt disappointed. I felt a certain degree of anger too, sir."

— Jerome Kennedy, testifying this week at the Muskrat Falls inquiry on his reaction to facts presented to him during a meeting with inquiry counsel

View of the week

Mark Gray takes some spectacular and wonderful photos around the Bonavista Peninsula, where he lives with his family. For the one above, he saw some impressive splashes as the waves hit the shoreline near Dungeon Road.

Such a great photo.

It's one of the great images you'll find in this week's audience gallery.

We're always delighted to see photos from around the province. Send them (with your name and caption information) to nlphotos@cbc.ca.

Oh. One more thing about the mall!

Before we wrap up, as it were, here's a shameless plug. A bunch of us at the CBC will be wrapping gifts next Friday at the Avalon Mall, as part of the #cbcfeednl campaign. Get your gifts wrapped at no charge … although donations are being taken for the Community Food Sharing Association.

Hope to see you there.