Waste and health care: What to watch for as a new task force gets to work

Two well-known leaders have volunteered to steer a new task force on health care in Newfoundland and Labrador. As John Gushue writes, one of them has been remarkably outspoken about unnecessary medical tests, prescriptions and procedures.

Pat Parfrey has been remarkably outspoken about unnecessary tests and procedures

Whenever a government undertakes a significant project, it's always good to know which questions are being asked — and who's asking them.

On Thursday, Premier Andrew Furey followed through with a promise to set up a task force on health care, to look at critical issues in the near-term, and develop a 10-year plan for the long term. Health Accord NL, it will be called, although it's more precisely called the Task Force on Health Care.

Wait a minute, some people must have wondered: aren't the shelves in Confederation Building already groaning with reports? Aren't we swimming in data? Do we really need another hard look at health care?

Well, yes … especially when it comes to health, a field that is noted if not defined by rapid change. Change is almost always afoot, in therapies, clinical knowledge, techniques and tools.

Years ago, medical leaders pointed out that clinical knowledge — that is, the amount of data reported in medical journals and so on — was doubling every 18 months, a remarkable contraction of time from just a few decades earlier. That doubling is still accelerating, and now happens in significantly less time.

What also changes, perhaps not so rapidly: assumptions and attitudes. For decades, the inexorable drift in health care has been toward what's called the institutional model.

When we think about health care, many of our thoughts immediately go to hospitals, even though the proverbial "system" is actually much broader than that. We also know that institutions are great drivers of cost, no matter how much belt-tightening and oversight we enforce.

Buzzword bingo? Not quite

That's why I was intrigued by some of the wording draping the task force's otherwise quiet announcement.

"Health Accord NL will focus on the social determinants of health," said the government's news release.

If you're not familiar with the phrase, "social determinants of health" may sound like something you stamp if you're playing Buzzword Bingo, but it's actually significant, and it is well understood in health care. It applies to the knowledge that specific things — who you are, where you live, what you do and how much education you have, among them — will greatly determine how healthy you are. It's a significant shift in thinking from a generation or two ago.

I think it's also quite significant to look at who's in charge of the review: Dr. Patrick Parfey and Sister Elizabeth Davis. Davis is arguably better known for her decades of high-profile work, first for running St. Clare's Mercy Hospital and then the Health Care Corp. of St. John's, one of the boards which folded into Eastern Health years ago. Davis is, to say the least, highly respected. (She's also still a force in the community, as one of the people behind the Gathering Place in downtown St. John's.)

Pat Parfrey may be be better known to some people as a coach and builder in local rugby, though he is also highly regarded in health care. A nephrologist (a specialist in diseases of the kidney), Parfrey is also a clinical epidemiologist as well as a university research professor at Memorial's medical school.

For the interests of this column, Parfrey has also been deeply involved — and quite outspoken — in studying how money is being wasted in the health-care system. Parfrey is the main clinical researcher in Choosing Wisely NL, which is funded by the Canadian Institutes of Health Research and the province. 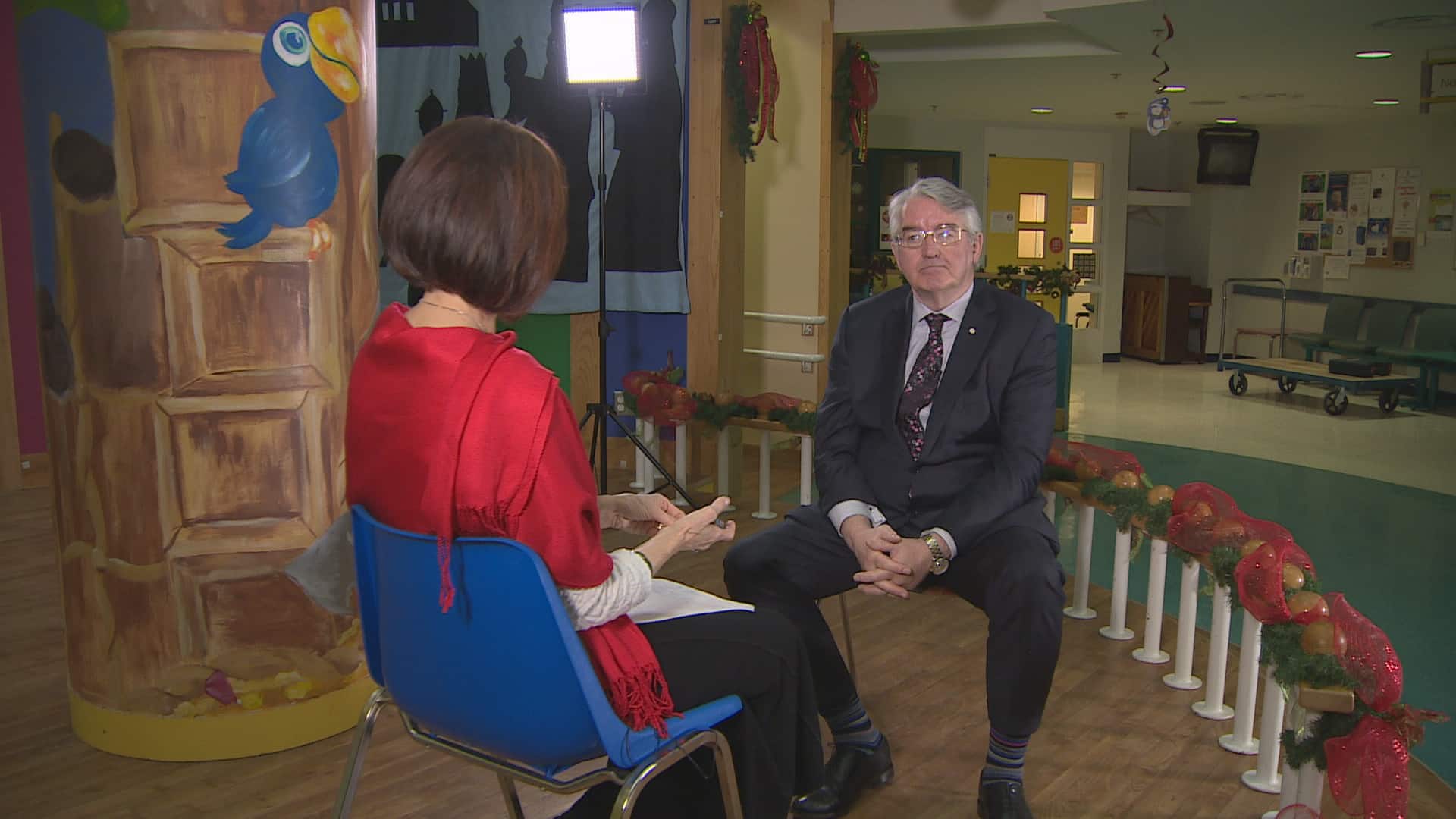 4 years ago
9:48
Dr. Patrick Parfrey tells CBC's Here and Now that about 20 per cent of Newfoundland and Labrador's health care budget is misused. 9:48

Parfrey's targets are numerous: unnecessary medical tests, overuse and inappropriate medications, procedures that happened even when there was no clinical need.

Four years ago, he estimated about 20 per cent of N.L.'s health-care budget was being misused.

Given this year's budget allocates about $3 billion for health (that's 37.7 per cent of our overall expenditure), Parfrey's estimate means potentially $600 million is either being spent improperly, or at least inefficiently.

"There is unnecessary testing in imaging testing, X-rays, in various places. Nearly every place is associated with unnecessary testing," Parfrey said in a 2016 interview with Here & Now. "I think that it just gets worse as medicine gets more complex, and as the type of testing and imaging procedures develop."

Unnecessary tests and prescriptions have consequences, too, beyond the government's pocketbook. Clinical researchers for years have warned about overuse of antibiotics, especially for children. In older patients, where multiple prescriptions can be common, an unnecessary treatment can hurt not heal.

Another comment from Parfrey's interview from four years ago remains significant today, as he and Davis get going with their work.

If that [share of the budget] goes to 45 or 50 per cent of our budget, how are we going to pay for schools and roads and everything else? So I think nearly everybody agrees that the way the health-care system costs are going is unsustainable."

Sustainability also sounds like a buzzword … but it isn't. It does come down to brass tacks. We have been spending more money than we have been collecting, and on top of that, we have the mountain of debt that has crashed upon the province from the Muskrat Falls megaproject.

"We've got an aging population providing necessary services to our people here in Newfoundland and Labrador — that is itself a challenge," she said.

"But we do have to keep our eye on affordability. And so we're going to be looking at the full gamut. How do we diversify the economy so that we are not so reliant on the traditional industries and not so reliant on oil and gas? How do we make sure that we remain a wonderful place with a future, a bright future for our young people? How do we keep providing excellent services but within a fiscal envelope that is going to be affordable?"

None with easy or fast answers.