Election gambit: Furey may be getting ahead of the Moya Greene report, but it could be a risky move

A report that is expected to outline tough choices for a debt-riddled province is still being written, even as politicians move into campaign mode. As John Gushue writes, the governing Liberals are already relying on some familiar campaign tactics, including ones that carry costs.

It no longer comes with the sound effects of a wire service printer rat-a-tat-tatting its offerings, but the Newfoundland and Labrador government's press release system was on full tilt Thursday. One after another, the government told us what it was doing, often spending (or earmarking) taxpayers' money along the way.

To be more precise, that would be the Liberal government, which is now heading to the polls to get public approval for another term — this time, they hope, with a majority blessing.

The releases were numerous.There was money for municipalities on the Avalon Peninsula. Money for nine different tourism companies. Money for a high school in Conception Bay South. A long, long-awaited (and long-promised) inquiry into search and rescue was announced. A commitment to help keep the wobbling Terra Nova offshore oil project going.

There were 17 that day, most of them in the afternoon. My colleague Daniel MacEachern at one point was so intrigued by the volume that he went looking to see the last time that many releases had been issued in one day. Going back two years, the most he found was 14, in April 2019 — just one week before the last provincial election call.

So, I went looking through the government's archives to try to find the last time we had 16 news releases in a single day. So far, the highest I've found was 14, on April 10, 2019 — one week before the last provincial election was called<a href="https://twitter.com/hashtag/nlpoli?src=hash&amp;ref_src=twsrc%5Etfw">#nlpoli</a> <a href="https://t.co/U5wE0F95oj">https://t.co/U5wE0F95oj</a>

Turns out the government had practically as much to say on Friday. When Andrew Furey was paying Lt.-Gov. Judy Foote a visit at Government House on Friday afternoon, laying the groundwork for the election that will be held on Feb. 13, the government issued its 16th release for the day.

Armed with a lead in the public opinion polls that any premier should envy, Furey is taking the Liberals — and the rest of us — into the next general election.

The most recent tracking poll from Narrative Research (formerly Corporate Research Associates) suggested that, in the late fall, Furey and the Liberals had a 32-point lead over Ches Crosbie's Tories among decided voters.

No wonder the Liberals want to capitalize on those kind of numbers. (It's worth noting that in the Narrative poll released three months earlier, in September, Furey's honeymoon appeal had the Liberals ahead by a whopping 40-point margin. In other words, the lead is substantial, but tightening. It's also essential to note that polls are not only snapshots of particular times, but likely to change as voters refocus their attention to specific factors, including their local candidates.)

There's another bunch of data that might be influencing the decision-making in Liberal circles, and that's the relatively low number of new COVID-19 cases in the province.

In a period when Quebec introduced a curfew and Ontario (whose daily case count topped 3,000 in 10 days of the first two weeks of 2021) introduced a more aggressive lockdown, Newfoundland and Labrador has had results that often look like binary code: a bunch of zeroes, the numeral 1 scattered among them.

WATCH | Andrew Furey sat down last month with the CBC's Peter Cowan about what 2021 has in store — including an election: 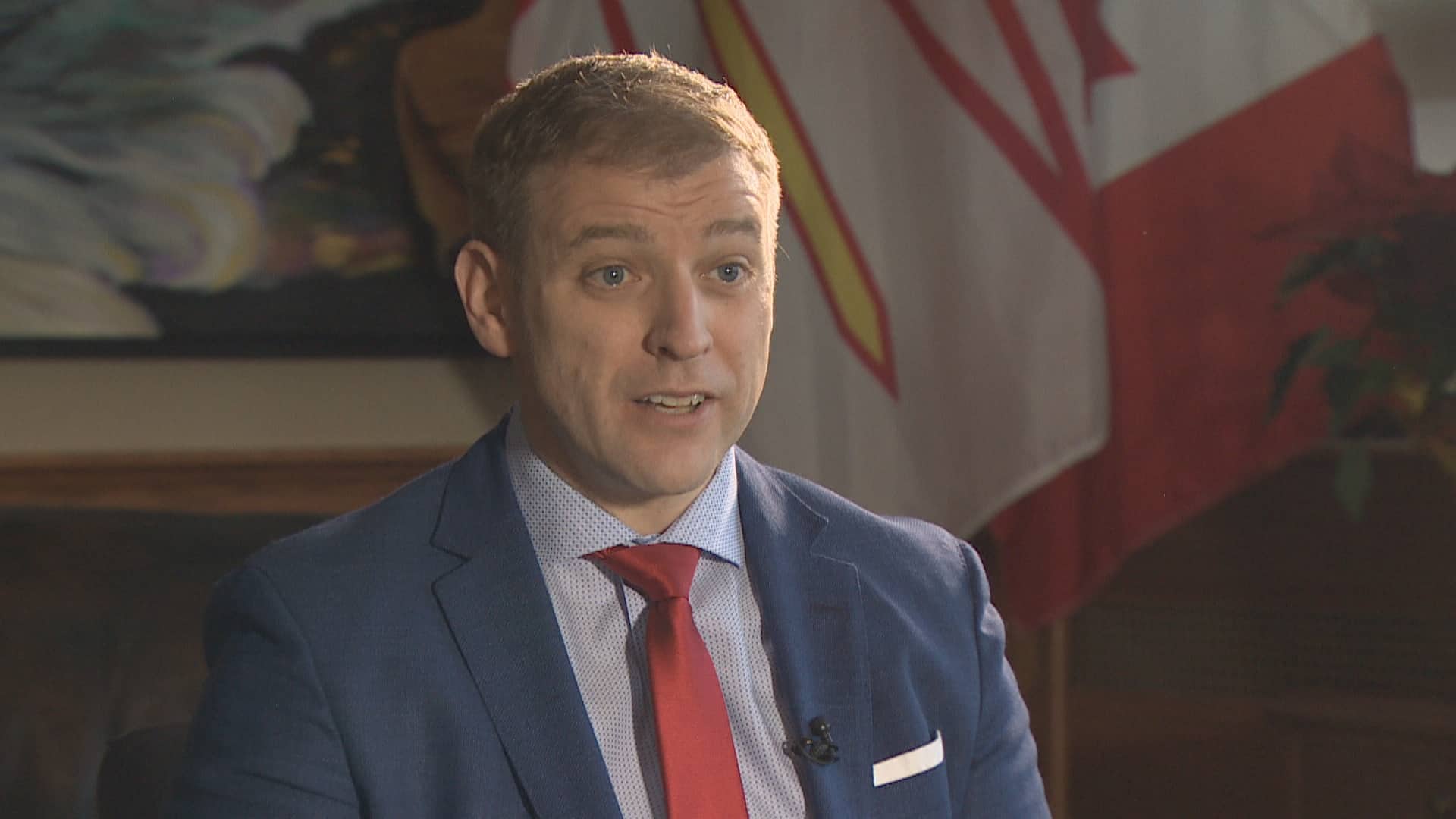 Andrew Furey on the pandemic, the economy ... and a possible winter election

But there's something else that is no doubt on Furey's mind, and that's the report of Moya Greene and what's cheerily called PERT, a.k.a., the premier's economic recovery team.

And here's where the election call needs to be put under scrutiny.

Originally from St. John's, Greene has had a career that included running the Royal Mail in the U.K. and Canada Post here at home. She agreed to take on the reins of PERT in early September. On Oct. 22, the rest of Greene's volunteer team were named. Those names include people like Chief Misel Joe, business folks like Verafin co-founder Brendan Brothers and Iris Petten, and retired bureaucrat (and Muskrat Falls critic) David Vardy.

An appointment that raised my eyebrow was labour leader Mary Shortall; her tenure was not permanent, as she quit the process in January, calling it "window dressing" for a cost-cutting exercise.

To be certain, it was clear from Day 1 what Greene's remit was. She told us as much.

"You have urgent problems, and then you have important problems, and you have to sequence things in the right way," she told On The Go the day her appointment was announced. "There's no question trade-offs will have to be made."

Nonetheless, the work that Greene's team has been doing has been invisible and, to the eye of critics wary about Greene's history of privatizing public services, deliberately shrouded in mystery.

Russell Williams, a professor of political science at Memorial University in St. John's, was pointed in his criticism that the economic recovery team speaks to the secrecy of how public policy is made here.

"Here we are again, with a very weird process, an unusual process for running a task force, largely being run out of the premier's office in a very secretive way," Williams said in an interview last week.

The government has defended the confidential nature of PERT's work. "They have full access to confidential information and are expected to have full and frank discussions of all options," Furey's office told CBC in a prepared statement.

Greene's team will be submitting a temporary report at the end of February, with a full report that we have been told will be made public coming expected at the end of April.

The timeline does not align with the Liberals' plan to convert its minority status in the House of Assembly to a majority government. A majority will be needed, for instance, to push through a budget that could include things like program cuts or job losses.

Furey, evidently, wants to get ahead of what is almost certainly going to be a strong prescription for change.

Many key facts will not be on the table

But putting the election before a major economic policy change could have risks. The opposition parties naturally want things to be the other way around; it would be in their interests to campaign against whatever it says.

But there are other things to consider. One of them has to do with true public engagement. Earlier this month, I spoke to a retired politician with many years of experience in politics and in campaign organization.

His view was that voters are mature enough to not only want the facts, but to comprehend and understand them. Going to the electorate with that plan, he said, would bring a mandate that is truly significant.

We are not though going to have the details of that report, or even a Coles Notes outline of what to expect.

Instead, the governing party is starting a campaign starting with the same-old, same-old, with one announcement after another of funding commitments, some of them much more curious than others.

Chief among these has to be a supposed $2-million commitment for a PET scanner for the Corner Brook hospital, a narrative that has its origin story in an election promise made by Dwight Ball before he became premier. The hospital now under construction does not have such a scanner in its plans. Last week, Health Minister John Haggie told us the one PET scanner in the province, which is located in St. John's, is quite sufficient for a province with our population.

This did not go over well with some people in Corner Brook. There were protests. And so, on Thursday, Haggie and fellow minister Gerry Byrne said they would put $2 million in trust for the regional health-care foundation, for it to get working on a new machine of its own.

A firm commitment it was not, but its pre-election tone seems to fly in the face of what everyone knows is coming.

Weird things happen during election campaigns. Let's see how tempting it will be for politicians to reach for the proverbial chequebook in the days ahead.