Firefighters responded to Waterford Manor at 185 Waterford Bridge Road in St. John's on Thursday, where smoke was pouring out of the heritage building. 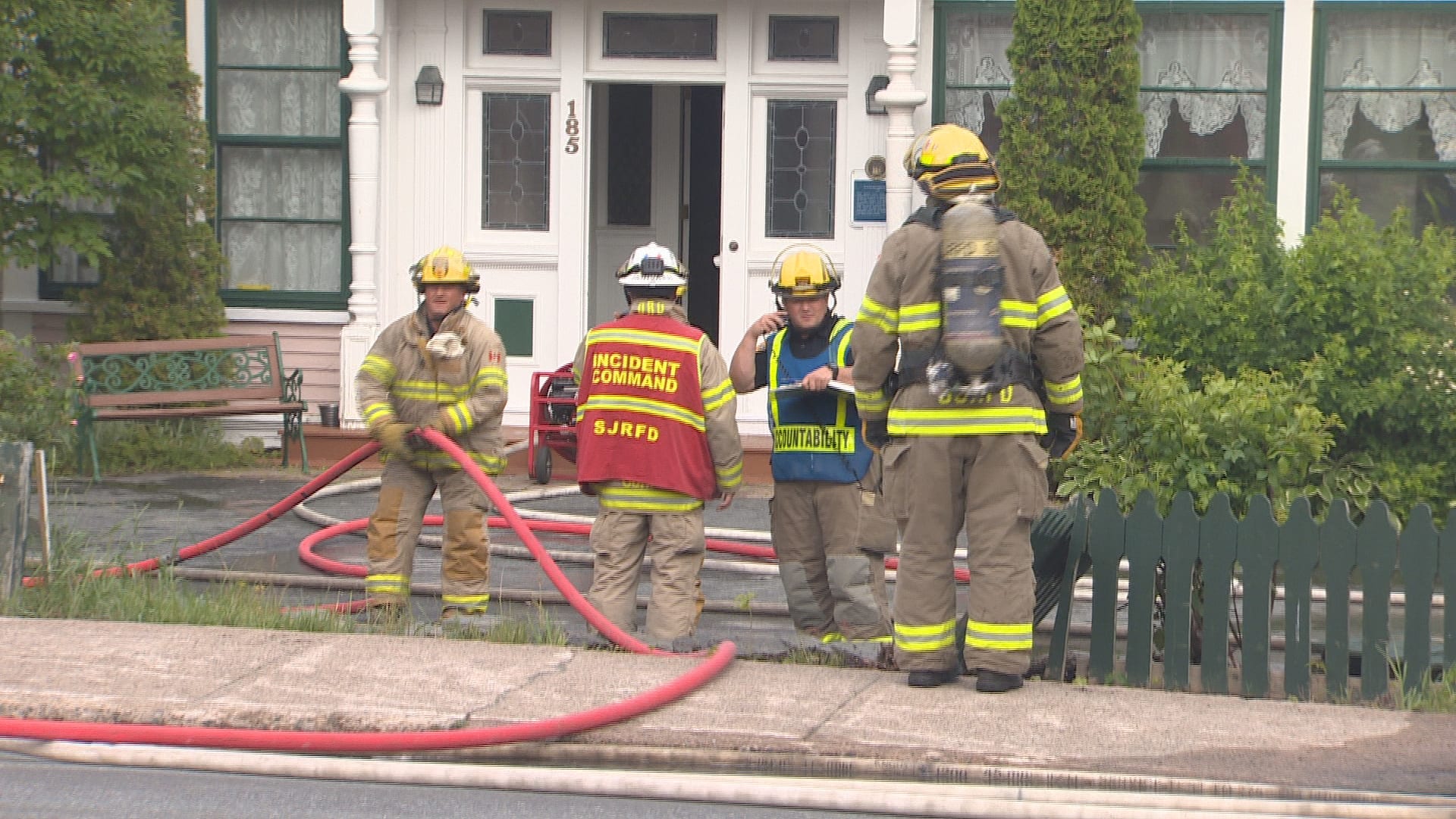 5 years ago
0:52
Two explosions rattled a bed and breakfast in St. John's Thursday evening, setting fire to the building and sending smoke billowing out of shattering windows. 0:52

Waterford Manor, a hundred-year-old heritage building at 185 Waterford Bridge Road in St. John's, sustained significant damage in a fire that started at about 6 p.m. on Thursday.

Firefighters with the St. John's Regional Fire Department said there were no injuries in the blaze.

There were no guests at the bed and breakfast on Thursday night, but some people were inside at the time of the explosions — including a father and son who live in the basement of the building.

"It was like a bomb went off," said one resident, who was in the basement at the time.

He said more than 20 firefighters were working on the building Thursday evening, attacking a fire that was located mostly in the roof of the building.

"​I wouldn't even hazard to guess [at the cause]," he said. "All we know on arrival is that there had been an explosion, and some windows had blown out."

The building was outfitted with propane stoves and fireplaces.

Byrne said at about 7:30 p.m. on Thursday that the fight was going to be long, but he believed firefighters could save the historic building.

But Nas Badrudin, whose family bought the manor in 1992, said that was an overly-kind estimation. He's not sure the building can be salvaged.

"I'm glad nobody got hurt, but to see a beautiful old building like that just...I don't know," he said Thursday.

Firefighters sprayed foam on top of the building to control the fire, and at one point took a chainsaw to it to get at the flames.

Badrudin operates the bed and breakfast with his son. He said his family is going to be devastated, especially his son and ex-wife, who put lots of work into the property.

With files from Glenn Payette and Simon Nakonechny