Retired workers at the now closed Wabush Mines in Labrador West say they are facing a cut in their pension incomes as their former employer goes through the bankruptcy protection process for its Canadian operations. 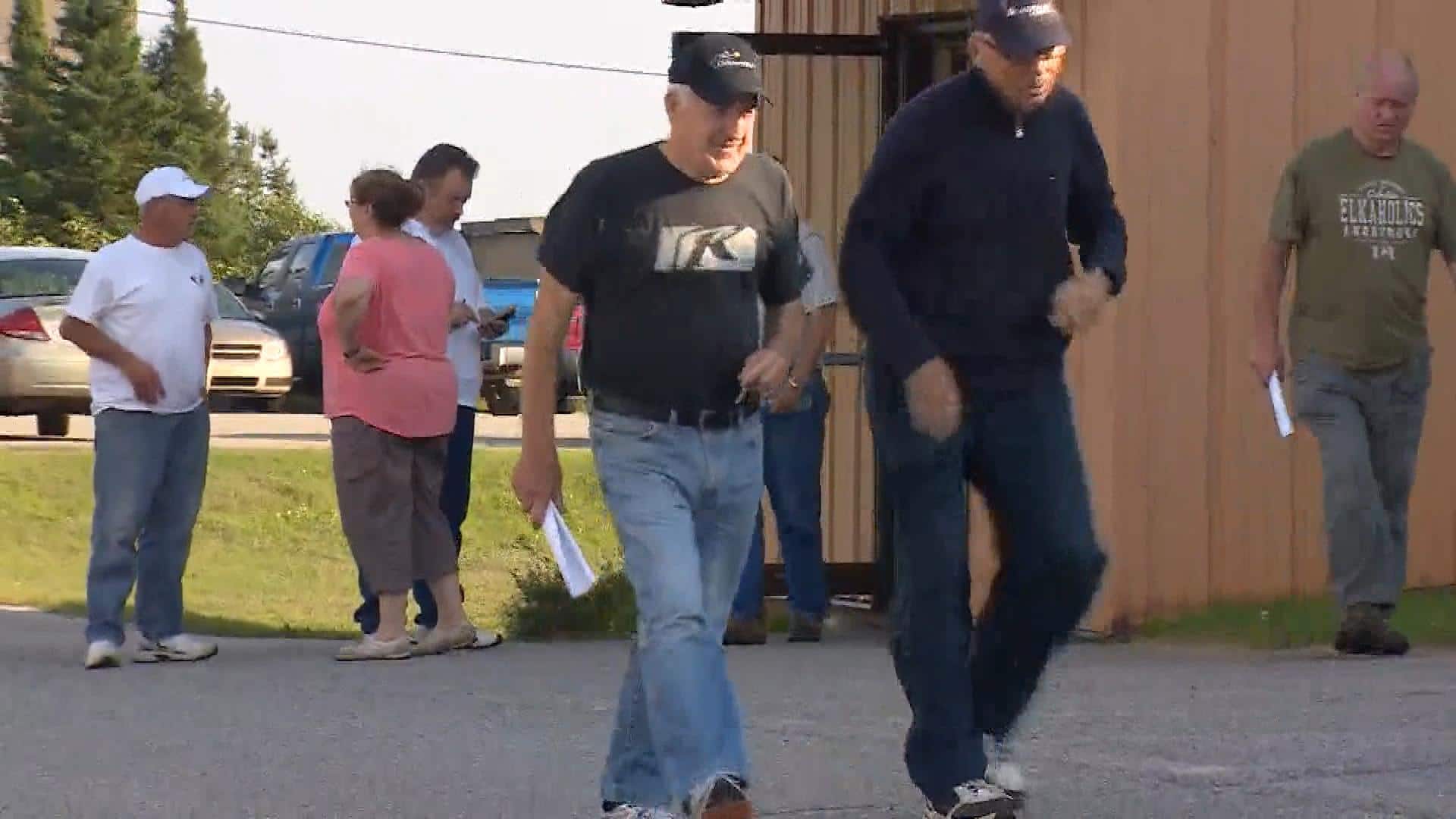 5 years agoVideo
1:39
The closed-door meeting lasted nearly three hours into Monday evenings as retirees sought answers about the fate of their pensions. 1:39

Retired workers at the now closed Wabush Mines in Labrador West say they are facing a cut in their pension incomes as their former employer, U.S-based Cliffs Natural Resources, goes through the bankruptcy protection process for its Canadian operations.

More than 100 former workers filed into the Catholic church in Wabush Monday for an information session with pension experts from the provincial government, which oversees the Pensions Benefits Act.

The closed-door meeting lasted nearly three hours into Monday evening, and was described as a tense, emotional affairs as retirees sought answers about the fate of their pensions.

Ron Barron, who worked 27 years at the mine prior to its closure in 2014, said there's a growing level of frustration, and people want answers.

He said those answers did not come during the information session, though he's more convinced than ever that pensioners can expect a reduction in benefits.

"At the end of the day, whatever that pension is underfunded is what we're getting stuck with," said Barron.

"So that's going to mean big-time losses ... everyone is going to get hit here."

Older workers to get a bigger hit

He said workers who retired 20 or more years ago are earning far less, and now they stand to lose even more.

The fate of the Wabush Mines pension plan all hinges on Cliffs' ability to emerge from creditor protection under the Companies' Creditors Arrangement Act, or CCAA.

The financially troubled company is attempting to sell its Canadian assets, including Wabush Mines, after closing the money-losing operations amid a slump in ore prices.

A Quebec court agreed that the company could suspend special payments to the pensions plans during the CCAA process, which is expected to last until at least November.

That is raising concerns among the 900-plus retirees, who already lost their medical benefits in June.

The company also did away with a life insurance plan that paid a death benefit of up to $12,500.

Unlike the pension plans, those benefits were not protected.

If the company's Canadian division goes bankrupt, however, the pension plan will be terminated, and all funds in the plan will be held in trust for plan members.

But the plan is already underfunded, and if Cliffs walks away from its payments to the plan, members could slowly see their incomes eroded.

Labrador West MHA Nick McGrath said that's a possibility, but added he is not willing to accept that just yet.

He said Cliffs remains a solvent company, and he said the province will fight to ensure its lives up to its responsibilities to the pensioners.

"Our role is to make sure they live up to those obligations," said McGrath.

Cliffs paid millions of dollars in special payments to pension plans over the years, and they are currently funded by between 80 and 90 per cent.

The Newfoundland and Labrador government has been attempting to determine Cliffs' intentions with relation to the unfunded portion, but the company's Canadian operations are no longer generating any revenue.

Former workers like Ron Barron believe the company should live up to its responsibilities.

He said Cliffs remains a viable company in the United States, and he believes there should be legislation in place to prevent companies from walking away.

In years past, Barron said workers negotiated more generous pension benefits as opposed to higher wages "to make sure they had a future."

He said the future could now be one of financial hardship for retirees.